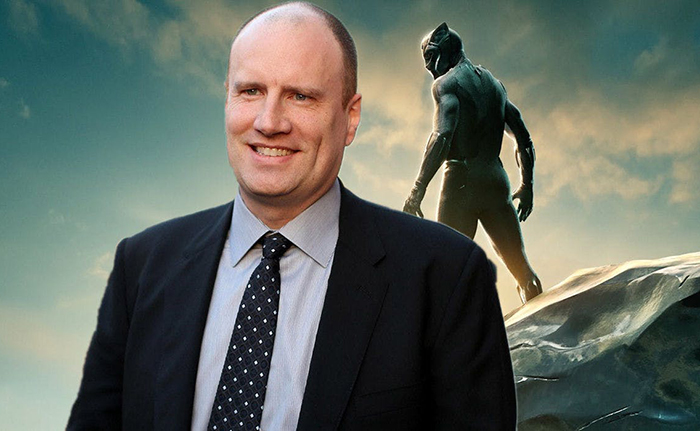 “We’re very, very proud of what this film has done,” The producer told Deadline, “The movie has made a cultural impact that is just humbling and gratifying to see. And we’re very grateful to the Academy for this recognition.”

But Feige refuses to take all the credit, drawing special attention to the feature’s director and co-writer, Creed’s Ryan Coogler, saying: “The only way we ever wanted to do this project was the right way and that meant finding a filmmaker who had something personal to say, who had a vision and could take this character into another arena and showcase the power of representation on a canvas of this size”

Black Panther already had a killer 2018, of course, with over $1.3 billion at the global box office, and the flick’s release becoming a veritable cultural ‘moment’; with busloads of African American children given free screenings, adults making their way to theatres in traditional African garb to pay homage to their heritage, and even sports stars imitating the now-iconic “Wakanda Forever” crossed-arms battle-cry. So when precisely did Kevin Feige first get the sense that this film was going to standout from the rest of the MCU?

“To tell you the truth, it was bubbling up from the beginning. From day one the project was announced there was a special energy. It was on the set, too, every day from all of the crew and the cast, you could feel how personal this was and how special it could be. And then certainly when the poster and trailers started to come out and people who hadn’t seen themselves in a film of this size in this way, it became a celebration of heritage and culture and that is very, very unusual for a film.”

The 91st Academy Awards will be held on the 25th of February. Black Panther is available on DVD, Blu-Ray, 4K and On Demand now, rated 12A.

Swedish Filmgoers Set To Be Sealed Into Coffins. Really.