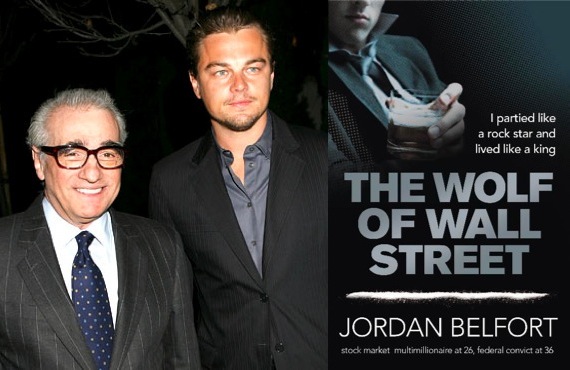 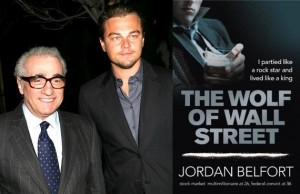 Deadline today announced that the powerful duo of Martin Scorsese and Leonardo DiCaprio are teaming up for the adaptation of Jordan Belfort’s novel. The film is being fully financed by Red Granite Pictures, a new production company, who just finished with the just released comedy Friends With Kids. The script will be written by Terence Winter, executive producer of The Sopranos and Boardwalk Empire. The Wolf Of Wall Street follows the life story of Jordan Belfort, who was a former drug user and partying stock broker, and the rise and fall of his career from making millions to being arrested for fraud and laundering in 1998. Filming is planned to begin in August.

This film marks the fifth time that Martin Scorsese and Leonardo DiCaprio; their works include Gangs Of New York, The Aviator, The Departed, and Shutter Island.  This film has a ton of potential and should be another highly anticipated flick from Scorsese. Coming off the success of Hugo and working again with Terence Winter (Scorsese directed the pilot to Boardwalk Empire), Scorsese is on his A game right now. Not to mention that he gets to work with Leonardo DiCaprio again who is coming off of finished The Great Gatsby. I think the story material is perfect for the pair and they have both shown how well they can handle a biopic with The Aviator. I will be interested in seeing how Martin Scorsese captures the 80s and 90s and will be excited to see Leonardo Dicaprio’s performance. Make sure to keep your eyes out for this one.