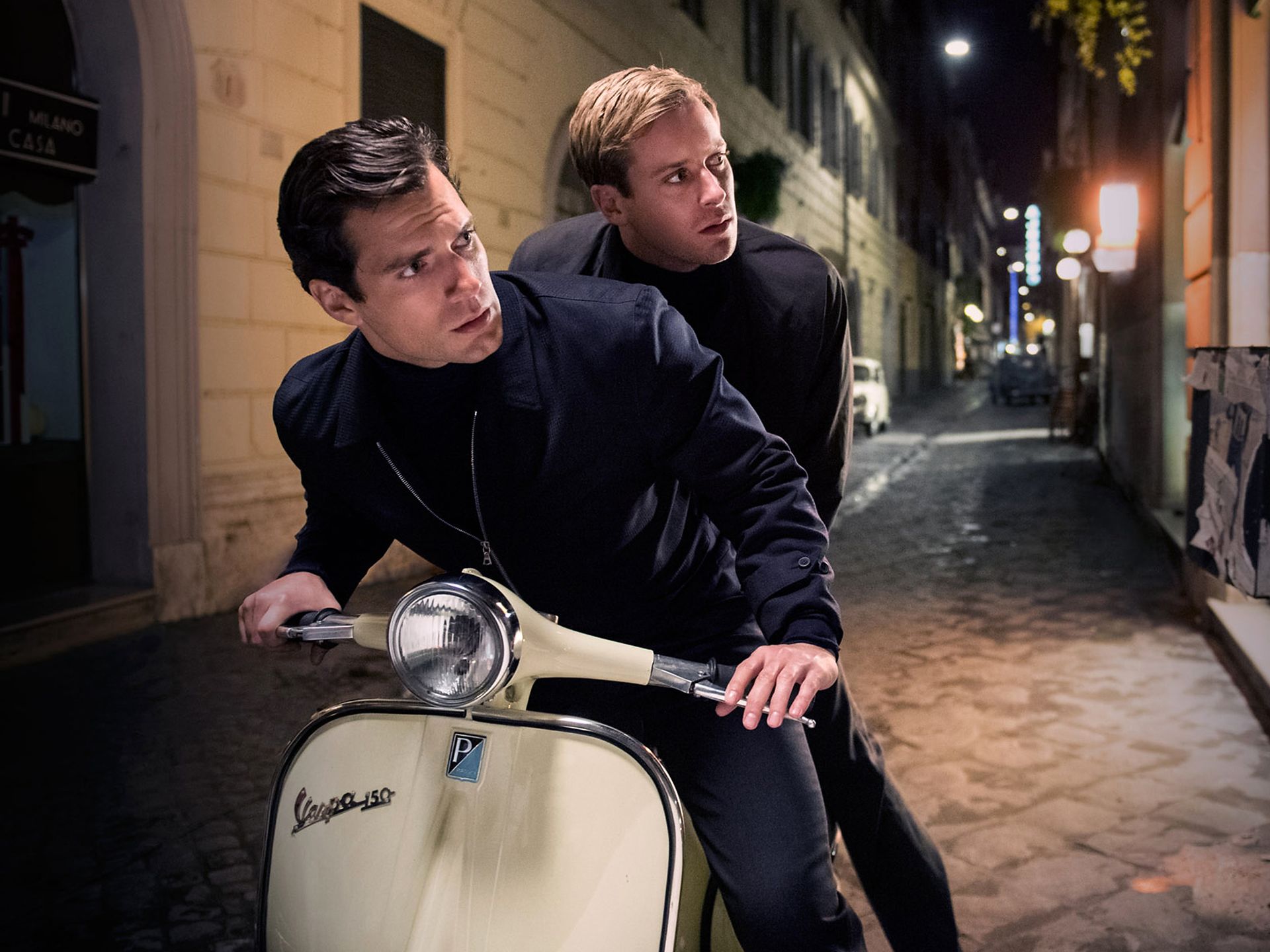 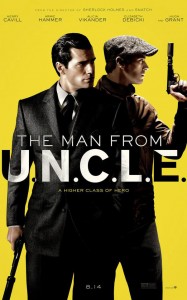 Espionage is the theme of 2015 (if you ignore the comic book franchises which have been the theme for what feels like forever). This year cinema goers have been treated to Kingsmen: Secret Service, Spy, Mission: Impossible; Rogue Nation and there is the latest Bond film to look forward to towards the end of the year. So the release of this adaptation of the 1960’s TV series has come at a time when its topic is very in style, which is apt for the stylish Man from U.N.C.L.E.

The film chronicles the beginning of the U.N.C.L.E team. In the early 1960’s one of the most talented and prolific American CIA agents Napolean Solo (Cavill) is sent on a mission to gain information from mechanic Gaby (Vikander) and get her across the Berlin Wall to safety. Getting in his way and causing him headache is the slightly unstable Russian KGB operative Illya Kuryakin (Hammer). The two are then teamed up for a joint mission to stop a mysterious company, headed by the glamorously dangerous Victoria (Debicki). The two need to work together to put aside their natural angst towards each other and save the world. As ever with an espionage film, there are twists and turns along the way.

U.N.C.L.E oozes sixties style. From the outset as we are introduced to the film with Roberta Flacks dulcet tones singing Compared to What we are are offered a masterclass in how to approach a sixties film. John Mathieson excels at providing style through his cinematography. His pedigree shines through, honed through work on films such as Gladiator and The Phantom of The Opera (2004) which both got nods for an Oscar for his cinematography. His use of shots and camera work are sympathetic to the original U.N.C.L.E and the TV series of the era providing a sense of nostalgia for those old enough to remember the series. This adds to the films classic atmosphere. Just as we are eased into the film with Roberta Flack there are a number of classic musical pieces on the soundtrack that transport viewers back to the sixties and aid the atmosphere within the film, such as Solomon Burke crooning Cry To Me whilst Gaby sways along. The music department have done an outstanding job of putting together not only songs from the era but composing a score that harks back to the classic TV series.

The editing of U.N.C.L.E, and how the scenes are offered to the audience also provide a sense of reminiscence, such as utilising a montage pieced together with the split screen technique popularised in the 1960’s. Ritchie has produced a film that is worlds away from his original work such as Lock, Stock and Two Smoking Barrels but equally as effective in epitomising a style, an atmosphere. Teaming up with Sherlock co-writer Lionel Wigram, Ritchie has produced a screenplay that provides tension, emotion and humour at levels that feel right. There is no feeling of the humour being pushed too much or that the emotion between two of the lead characters takes over the main story. The delivery of each aspect feels natural and of the right intensity for the film.

In terms of casting, Cavill is glorious as Solo. Charms exudes out of him like steam from a kettle and he delivers his lines with an ease that mirrors his characters confidence. His use of facial expressions to convey a message or a feeling are done well and you get a sense that Cavill was born to play this part. You can’t help but thank the stars that Tom Cruise chose to focus on MI5 rather than take the part of Solo. Hammer portrays the stoic Kuryakin with a steely brooding that is intense, but spattered with the odd emotional breakthrough that endears the audience to him. Its good to see him redeem himself after the flop that was The Lone Ranger. Vikander as Gaby is a refreshing ‘damsel in distress’ who rather than being a prissy girl is a talented mechanic but is also not all that she seems. She portrays a vulnerableness but also a strength that is often missing in female characters within this genre. It is impossible not to mention Elizabeth Dibicki as Victoria. As sadistic as any male villain and much more glamorous, Debicki embodies the coldness of the character well whilst holding onto the characters class. Finally, Hugh Grant as Waverley, the senior agent that leads the project to stop Victoria, offers excellent comedy value but in a style that befits the film. A classy British agent with a deadpan sense of humour that adds some fantastic lines to the film.

Man From U.N.C.L.E is stylish, entertaining and takes into account the styling of the classic spy series of the 60’s. Ritchie has produced a film that feels much like the TV series did and brings with that a healthy nostalgia that adds to the charm of the film. With a strong script (The nicknames for each other are particularly good. Cowboy for Solo and The Red Peril for Kuryakin), excellent cinematography and an apt score U.N.C.L.E will have you wanting to dig out the series and pretend that you are an agent all over again.