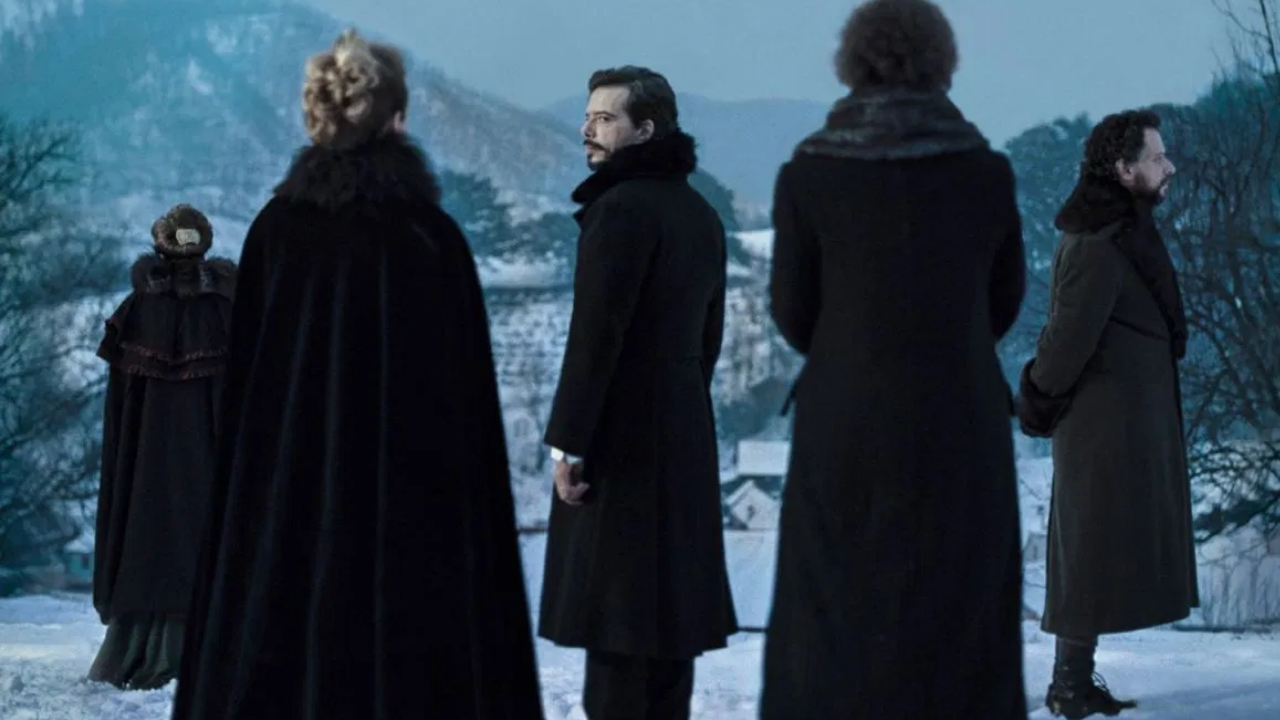 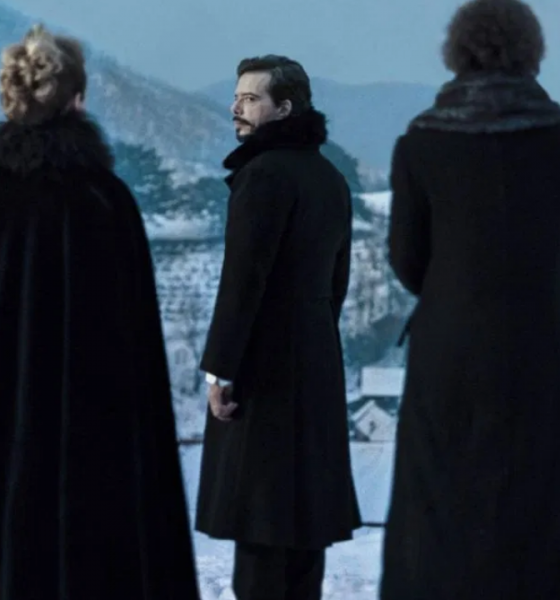 About halfway through the first hour of Malmkrog, amid the heated exchange on the nature of militarism, one of the exasperating bourgeois individuals poses a rather blunt question: “What exactly are we talking about?” That brief remark in the first conversation permeates the entirety of Cristi Puiu’s revisionist discussion piece — as in all six chapters and two hundred minutes of it. Liberally using Vladimir Solovyov’s philosophical tractate War, Progress, and the End of History: Three Conversations, Including a Short Story of the Anti-Christ as the mere foundation for his austere comic opera, the pioneer of the Romanian New Wave truncates 20th-century discourse with a pointed sneer at aristocratic vacuity.

Set against the backdrop of the Carpathian Mountains, Malmkrog (German for Mălâncrav, the name of the Romanian village where the film takes place) begins with five incessantly vain members of the intelligentsia meeting up for a day of conversations at a noble Transylvanian mansion. The range of topics inspires dry ebullience in the European elite: virtue of militarism and compulsory service, white liberalism as seen through the lens of reactionary, proto-apartheidist politics, and theological questions on moralism in Biblical texts. Overjoyed with the prospect of verbal duels, the aristocrats proceed to use their rhetorical skills in hopes of embarrassing their interlocutor and never finding a consensus within the same ideological ground.

Where Solovyov’s text was prophetic, Puiu’s film is inseparable from its calculated comparisons with the nature of modern intellectual discourse: one that often forgoes reason and egalitarianism in favour of hostility and privilege. Punctuating the existential dread of white European intelligentsia with palpable hedonism and tensions of class inequality (instead of Solovyov’s four speaking male characters and a rather dramatic Lady, Puiu opts to have three women and two men engage in the dispute, with retainers playing a major role in the narrative), the film takes certain plot devices – such as the massacre of an Armenian village by the bashi-bazouk – and the core critique of the Tolstoyan movement from the Russian treatise, yet applies them in purposefully grating broad strokes. Between all the rigorous talks and strained cognac sessions lies a genuine disregard for the value of human life – even if it is guised under the pretence of performative white liberalism that the guests so kindly indulge in, bluffing and relying on multiple syllogisms in the warfare of arguments.

Puiu deliberately makes it all feel like an extended retelling of a joke, with the punchline lost somewhere halfway through the show – but that’s strictly the surface of the conversation. The aristocratic ennui is perpetually contrasted with arduous lives of the working-class house servants that are carefully placed around the set, delicately ubiquitous throughout the film’s series of frames. In the midst of this, the filmmaker slowly becomes Solovyov’s protégé: after relishing in the disquieting concerns of the bourgeoisie that are masked by the intrinsic dreariness of tone, Puiu allows himself a moment of prophetic terror, the kind of premonition in the form of a natural storm that accompanies societal change and thrives on the mortifying anxieties of the European elite. To venture into the past and capture a glimpse of the tumultuous future – perhaps, that is the ultimate punchline.