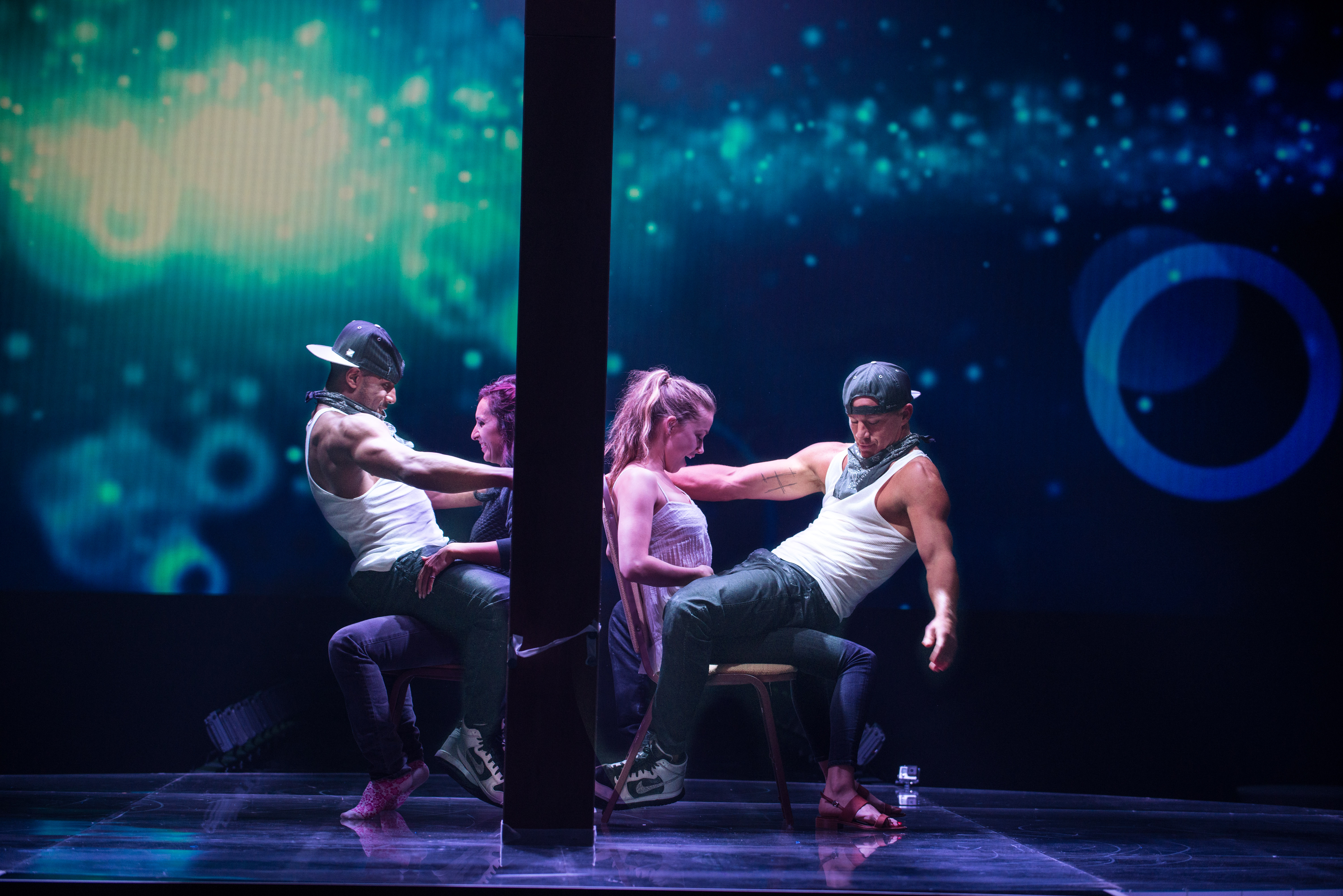 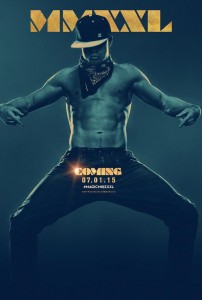 In the summer of 2012 the idea of Magic Mike seemed little more than a way for the studio and Channing Tatum himself to push his celebrity and sex appeal even further than The Vow and 21 Jump Street already had that year. When the film ended up having a $40 million opening weekend with only a budget of $7m it was clear Tatum was no longer just an added-value element, but something of a movie star in his own generations right. This was a film with no previous film in the franchise, no brand recognition, no book or memoir it was based off of, but instead was solely the product of Tatum sitting down with writer Reid Carolin and hashing out a story around his early days as a male stripper. Billed as a film for the ladies, Magic Mike actually turned out to be something of a heavy handed dramatic piece as directed by Academy Award winner Steven Soderbergh (Traffic, the Ocean trilogy) that wasn’t exactly what the target audience expected. There was still plenty of dancing and grinding and a whole bunch of humping, but beyond this the film examined the social stigmas of such a career choice and the difficult task of leaving that kind of a life behind despite someone only being able to last in that lifestyle for a small window of time in their life. This latter part is where the sequel, Magic Mike XXL, picks up and more or less runs with the idea of knowing this won’t last forever so let’s give it one last hurrah. There aren’t as many deeper themes going on here, in fact there isn’t really much going on at all other than the goal of having a good time and in that regard, the Kings of Tampa succeed. Magic Mike XXL is not the same kind of film its predecessor was, but this sequel doesn’t attempt to be that kind of film either. Instead, XXL is its own beast entirely and while that may, on the surface, make it less of an artistic success than the first this exclusively fun, road trip movie turns out be just as good and just as insanely stylistic because it never loses sight of what makes these movies tick: the characters.

Picking up in real-time three years after Mike (Tatum) has bowed out of the stripper life at the top of his game, he is now CEO of his own furniture business and running out of time and helping hands to keep his business afloat. It seems he is retaining a steady flow of work, but is still unable to afford an insurance policy for his single employee, Salvador (Juan Piedrahita). It also doesn’t help that after setting everything up for a seemingly perfect suburban lifestyle and popping the question to long-time girlfriend Brooke (Cody Horn) she left him. To put it kindly, Mike is in something of a rut and so it is fitting that just as he is in desperate need of a break he gets a call from Tarzan (Kevin Nash). Given Dallas (Matthew McConaughey) has apparently split and taken The Kid (Alex Pettyfer) with him to a business opportunity in China Mike decides to reunite with the remaining Kings of Tampa as they hit the road to Myrtle Beach to put on one last blow-out show at the annual Male Stripper Convention. Naturally, they make several interesting pit-stops along the way that allow for the film to build both momentum and new supporting characters that will make this final performance all the more worthy of its hype. The first of these stops includes a drag show where Tatum and co. strut their inner-Beyonce’s and their MC Tobias (Gabriel Iglesias) really steals the show. The crew ends up hanging out on the beach for the night where we are given each of their personal arcs they will spend the rest of the movie trying to conquer. Ken (Matt Bomer) is still mad at Mike for leaving and is trying to figure out how to get his acting and singing career off the ground. Big Rich (Joe Manganiello) isn’t sure what he wants to do after the convention, but he knows he’d like to find a woman to love him and embrace his rather large issue when it comes to fornicating while Tito (Adam Rodriguez) has the opposite problem of drowning in women, but being unsure of his stage presence. Running across the free-spirited Zoe (Amber Heard) on the beach a spark is set between she and Mike while plenty of other encounters allow for Mike to further open his eyes to what he’s been missing.

There is a strange bit of self-awareness to the film that doesn’t necessarily protrude in a way that the film winks at the audience, but more in the way that every conversation and event that takes place throughout the central road trip feels extremely genuine and authentic. Whether it be in the off-handed comments made during conversations or the fact the movie doesn’t seem to care it isn’t constructed in the typical vein movies are expected to operate under there is something wholly endearing about this tone. There are literally no stakes in the film and honestly, I’m not really sure what the overall goal of the movie is other than to ensure the core group has a good time and put on a solid show come the third act. No need to fear, as this is done in a fashion that was missing from the original finale in that Tatum and new addition Malik (Stephen Boss) are really the only good dancers in the mix and put on a show-stopping number that kills it. The others, while not being particularly skilled in the dancing arena, deliver on their showmanship and up the comedy aspect of this already funny movie. This brings me back around to the strange undercurrent of self-awareness I mentioned at the top of the paragraph in that the real magic that the title refers to is not necessarily within the character himself, but more in the movie around him to be able to purport itself as this strictly for females flick that is primed for girls nights out across America this weekend, but in reality (and minus the two major scenes that feature dancing and stripping) is largely a movie about a group of guys hanging out, making jokes and bonding in a way that male audiences would likely better relate to than the women who will flock to this because the actors portraying these guys happen to be uber-attractive and strippers. It’s interesting as guys will no doubt largely stray from the movie even if they admit to liking Tatum in the Jump Street movies, but given the stripping scenes are filled with a fair amount of sight gags and comedic elements combined with some legitimately impressive dance routines from Tatum and Boss (think an R-rated version of Step-Up) if dudes were to give this a shot, my guess is it would be hard for most to deny the appeal of the characters and the relatability of the male dynamics depicted.

Taking over directing duties from Soderbergh this time around is long-time collaborator Gregory Jacobs (though Soderbergh still served as director of photography) and while he largely stays in line with the same aesthetic that Soderbergh established the first time around there is a distinct visual tone to XXL that stands out in its lack of cutting and static shots. Jacobs keeps his camera focused on the main players in each scene, many of which have the edges just slightly out of focus to the point you can’t help but stay in tune with what Jacobs wants to draw your eye to. There is some truly beautiful photography on display with lots of interesting angles (and no, that’s not meant to be some kind of innuendo) in that much of the conversation pieces are shot from a low angle and framed to make these characters appear to be as larger than life as they would like to believe they are. The sun-drenched, orange and yellow hues that infuse the scenery of the majority of the film until we get to the crisp blues of Myrtle Beach offer an inherently hip appearance that doesn’t allow us to dwell on the sadness of what these guys might do once winter rolls around.

It is in these larger than life characters that the hook for the audience remains intact. In XXL, Manganiello steals almost every scene he takes part in as he’s simply so enthusiastic and happy to be a part of this ensemble of attitudes that he can’t help but give his all and be as energetic as all get out when he does. A scene where he charms a gas station attendant is especially great. Bomer, who I thought was rather awkward and uncomfortable in the first film remains so for the first half of the film here as well until the boys reach a southern mansion in Savannah where he performs a rendition of Bryan Adams “Heaven,” and proves to have more swag than I initially gave him credit for. This particular scene including Andie MacDowell is a true highlight, but more than this the middle section of the film where we are introduced to Jada Pinkett Smith’s Rome is oddly eye-opening in that Rome and one of her employees, Andre (Donald Glover), glimpse something of a theme for the film. What are women looking for? It could be something as simple as a man asking them what they want or, to go one step further, to really listen when they tell them the answer. And so, where do strippers find their purpose? By assuring themselves they give these neglected women what they truly crave; personifying their fantasies and healing their wounded psyches. It may only be hinted at and quickly forgotten once the grinding starts back up, but there are ideas to go along with this party and Jacobs, Tatum and Carolin are sure to make sure we catch on to them.