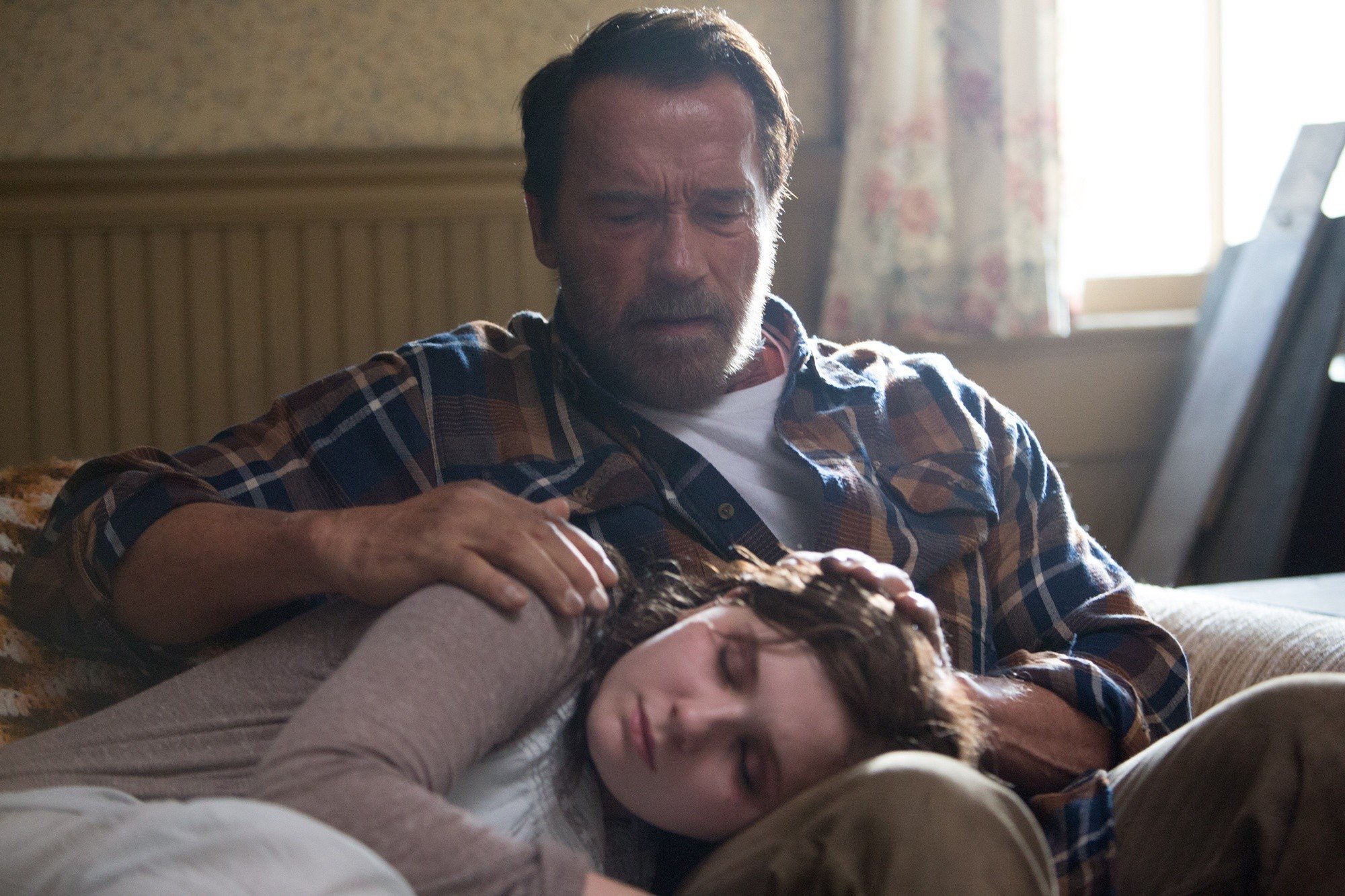 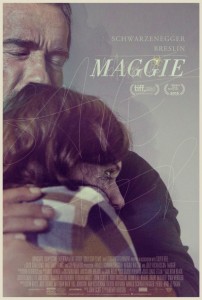 At first glance it would seem Maggie is an attempt to cash in on the zombie craze that has been spearheaded by the likes of serious-minded interpretations such as The Walking Dead. That a small, independent way of going about this story would be an interesting, more dramatic choice that would allow a sliver of the story The Walking Dead is telling might be something fascinating, compelling even. I’m not necessarily the biggest fan of the The Walking Dead, but I can see what attracts people to it. They can pick up on the large metaphors at play or simply delve into the action and brutality that is presented week after week. Either way, tough choices have to be made. Emotions overtake logic and the repercussions of ones inability to put a bullet in the head of a loved one even when they are at your throat trying to rip through it says something about our mentality, our humanity and ultimately about the love and connection we sometimes feel that outweighs our own existence. What is life worth if not filled with the people you love? It’s a valid question, a depressing thought, but these are the kinds of notions and ideas that the characters in Maggie must take into serious consideration. All of that said, one might be wondering what someone like Arnold Schwarzenegger is doing in a movie like this. A zombie apocalypse film, sure, but a somber, meditative zombie apocalypse film where the focus is not on surviving, but more on the relationship between the father and daughter? Strange, right? With the father facing the inevitability of losing his little girl and that little girl coming to terms with her own death, Maggie isn’t necessarily what you’d expect. For these reasons along with the fact first-time feature director Henry Hobson has a clear vision of how to bring his story to life Maggie is something of an effective take on a genre that I presumed to be played out.

The film begins by dropping us into the middle of a disease-ravaged America. Fields of crops are on fire due to fear of the infection spreading and Wade (Schwarzenegger) has been searching for his titular daughter for two weeks. When he finally comes across her in a hospital he learns she has been bitten and that eventually she will make the turn into one of the cannibalistic zombies that have been seeping into society due to the aforementioned outbreak. Why Maggie (Abigail Breslin) was running isn’t made clear, but we assume it’s because she’d already taken the bite and fled to keep her family safe. The script adds more layers onto what could have possibly been the cause of her infection, but it doesn’t dwell on this as the important part. The focus of first time screenwriter John Scott’s script is the fact that Maggie’s father is going to remain by her side throughout her transformation. Wade brings his daughter back home to where his second wife, Caroline (Joely Richardson), and their two children are keeping on. Again, we don’t know what happened to Maggie’s mother, but we come to see what high regard her husband and daughter hold her in. Wade and Caroline ship off their two younger children to a relatives house in order to keep Maggie close and monitor her behavior. It is within this process and the complications that arise to threaten inherently meaningful relationships that make Maggie an interesting and rather intense watch despite Hobson keeping the tone delicate and the music extremely restrained. Never does the film feel manipulative, but more it puts you in a position of questioning, making you the viewer consider the tough choices the characters have to make.

We know where this is going, we know where it needs to go if it wants to remain credible, but that it gets us rooting for the inevitable not to happen means it’s doing something right. Maybe it’s because I recently became a father to a little girl myself that I can feel a kind of kinship to Schwarzenegger’s character here that causes me to feel (make-up?) a deeper connection than someone else might. Whether some of this was in my head or not though, Maggie is able to connect on a level that is present for a fair amount of people who I suspect might pick this out as something interesting to view. What is most impressive about the film as far as performances are concerned is that it actually requires the bulky Austrian to act and not simply serve as a piece of equipment that strolls around punching things. Complimenting this genuine performance from Schwarzenegger is Breslin as his daughter. There is the expected talk of appreciating the moment, the time that Wade has with his daughter without thinking about the inevitable, but it is impossible not to consider given the change could happen at any time. The film keeps reminding us that it takes six to eight weeks for the complete transformation to occur, but each case is different and as we progressively see changes not only in Maggie’s appearance, but in her mannerisms and her ability to control her urges we see the toll it is taking on her father. Maggie is asked to be the strong one despite the fact she’s physically deteriorating while her father, who we assume will hold strong, is being torn apart internally. These core performances convey the main ideas of the film beautifully which in turn make the movie all the more heartbreaking.

Complimenting the tone and performances even further are the photography by cinematographer Lukas Ettlin (The Lincoln Lawyer, Battle Los Angeles) and the color palette that elicits the intended mood well. There is one specific shot later in the film of Breslin who, after having her first real lapse into what she will become, lays in a bathtub filled to the brim with water allowing the blood around her mouth to slowly wash away. It is the kind of shot that makes you sit up a little straighter and take notice of not just the story and the skill of pulling off the written word, but more the skill of executing images that really allow that written word to jump off the screen and make you feel the way those descriptions were intended to. The grays and light browns of the American Midwest are especially haunting. The way in which Hobson meditates on scenes of reflection between Wade and Maggie only to follow them up with a reminder of the progressing reality of the situation juxtaposes the emotions at play, making them as complicated for the audience as the characters experiencing them. All of this could very well be a terminal illness rather than the whole zombie bit, but somehow incorporating this genre element makes the film all the more fascinating and much less taboo than it would have been had Maggie been diagnosed with cancer. The disease, the outbreak-it’s as frustrating as cancer in that it doesn’t make sense and all feels pointless in the small moments where we’re forced to face that it kills without mercy, taking who it wants with no regard for age, race or gender. Despite its unrelenting somber tone and consistently bleak outlook I found Maggie to be something of an insightful tale about the lengths we go to for the ones we love. The ethereal aspect of spirituality that Richardson’s character brings to the proceedings give the film a slightly optimistic outlook while how deep the meaning of the relationship between Wade and Maggie runs is what holds the film steady. An unexpected, but riveting film that does all it sets out to do and does it well.