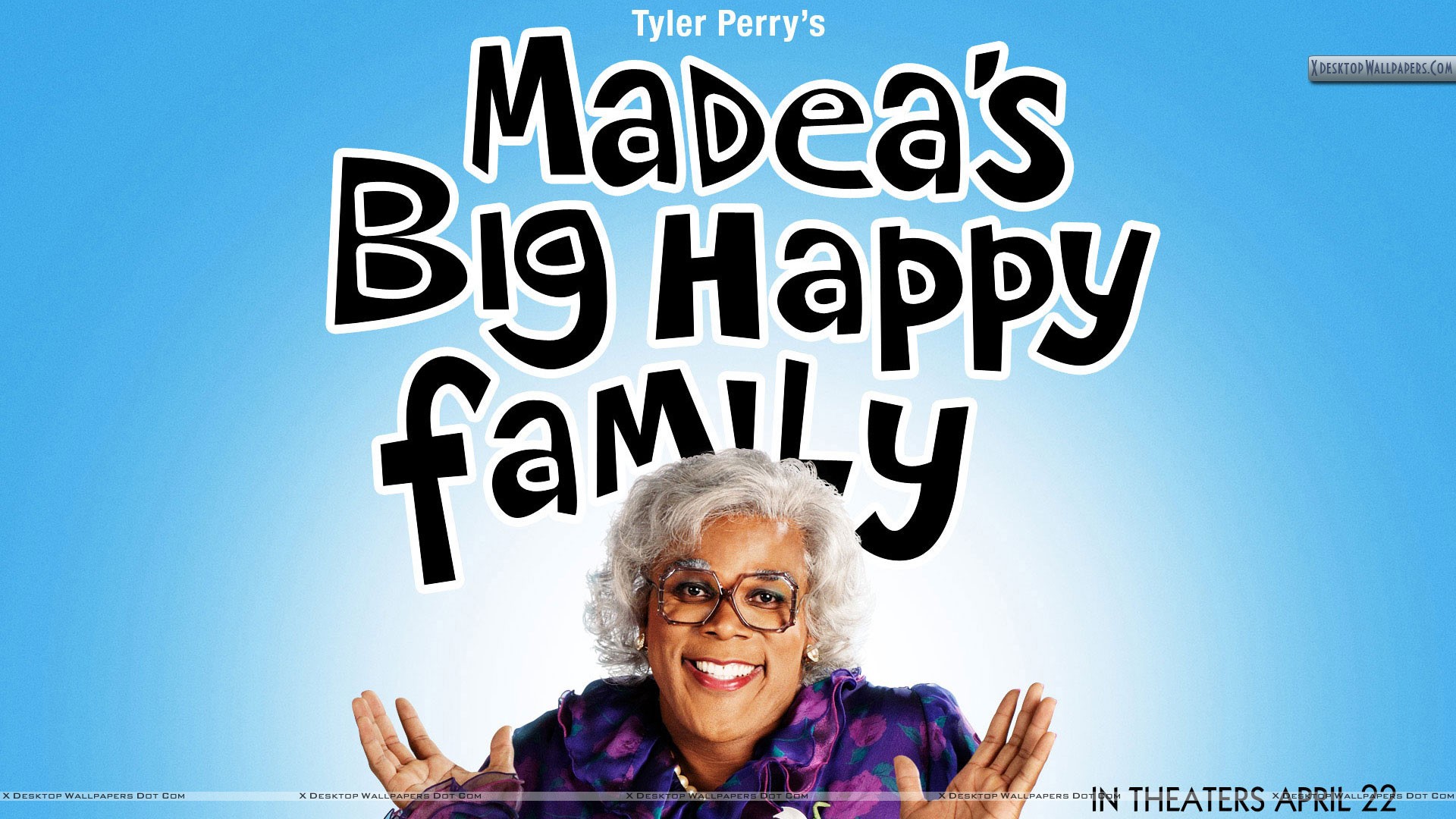 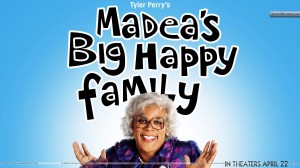 I remember watching the trailer for Tyler Perry’s Madea’s Big Happy Family in April and thinking to myself, “Who the hell could possibly enjoy this brand of slapstick, fast-paced nonsense-talking, joke of a movie?” 97 seconds of trailer time were taken by Madea backhanding no less than thirty people, mispronouncing/slurring common words, brandishing a hammer on the set of Maury and crashing her Cadillac into a fast food restaurant because they didn’t have any ham biscuits. I don’t know why Mr. Perry chose to bill the film this way, maybe this particular brand of “humor” appeals to his target

demographic, but that advertising is mostly misleading. Those sort of hijinks were only about 20% of the film, other more mature joke scenarios made up another 20%, and the remainder of the film was a surprisingly dark and deep message about family, relationships and proper life perspective.

Shirley (Loretta Devine) is re-diagnosed with terminal cancer and given only 4-6 weeks to live. She wants to tell her three children and their families simultaneously during a nice dinner at the house they grew up in but her plans are blown up by dysfunction in her children’s lives. A couple failed attempts to bring her family together forces Madea (Tyler Perry in drag) to use her unconventional, corporal, and candid methods to get the family around the same dinner table.

Since I was expecting the slapstick and crude jokes along with ubiquitous over-acting, the biggest turn off for me was the representation of dysfunction in the different family scenarios. Shirley’s two daughters are married to overly nice, well-intentioned men, who are controlled and manipulated by their wives and Perry’s screenplay suggests the best way to deal with them is to “put your foot down,” basically commanding the wives, as inferior women, to obey their husbands’ orders without question. I’ve never been married but I have enough common sense to know that this is a preposterous solution, and I can’t figure out why Perry would mix this in with his much more powerful and important overall message. Maybe it’s a cultural thing I don’t understand, I truly don’t know.

The greater message Perry drives toward is that it shouldn’t take a dire situation to resolve issues and brings families together. I know it sounds clichéd, and to a certain degree it is, but Devine gives a great performance as someone at peace with her personal situation while trying desperately to bring together the pieces of her broken family for which she feels responsible. And through this performance, the message settles in, hitting home in a climax that can certainly tug at the heartstrings, especially if you’ve lost someone close to you.

The acting from the main dramatic cast was sometimes a bit forced, but was nothing to scoff at. The comedic characters Mr. Brown (David Mann, Meet the Browns) and needy “baby momma” Sabrina (Teyana Taylor) were horribly over-acted, completely unnecessary, and took much more away from the film than they added. There was enough humor from pot-smoking Aunt Bam (Cassi Davis) and Madea (at some parts) to provide comic relief to an otherwise dark and heavy main plot, the other comedy bits were just unwelcome noise and a complete turn off. I never thought I would admit this, but Perry actually had me laughing with some of the clever quips and come-backers, but an equal amount of times I was gritting my teeth in frustration wondering how any person in their right mind can find certain jokes funny.

Overall, the theme carried the film and made it at least partially memorable. Some jokes worked while some didn’t, it’s a matter of taste. I thought I was going to hate this and that I was going to be watching a truly terrible film, but I was wholly incorrect. That said, this got better reviews than some of the other Perry joints, so this is not the bottom of the barrel and I can see how a heavier reliance on the bad running jokes could be unbearable. If you ever get the itch to watch a Perry film, this one is a safe choice.

The Lives Of Others