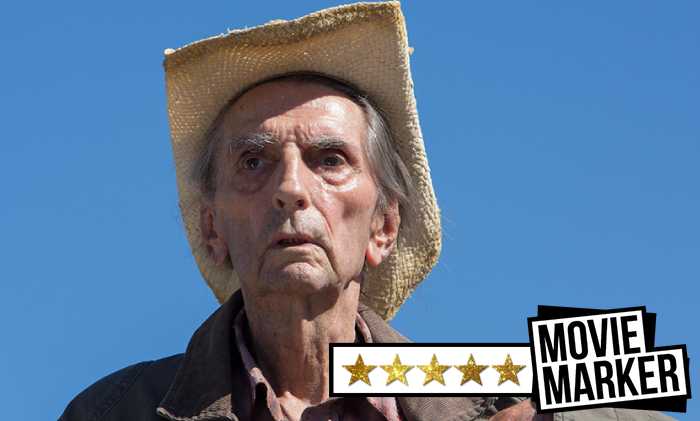 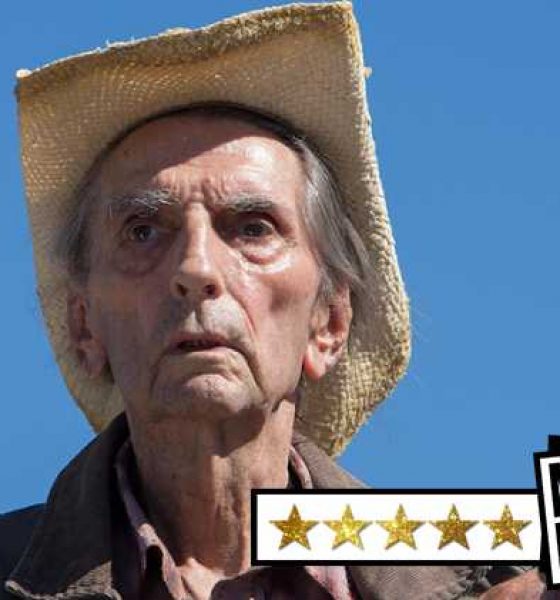 At the ripe old age of 91, Harry Dean Stanton could be forgiven for taking it easy. With a career spanning back to 1954, he has become an iconic character actor through roles in ‘Alien’, ‘Paris,Texas’ and the recent return of ‘Twin Peaks’. Here he delivers a masterclass, in John Carroll Lynch’s debut feature ‘Lucky’.

Lucky (Stanton) is a cigarette-smoking, coffee-drinking loner, happily making his way through life. He has his daily routine, from yoga in the morning, to breakfast at a local diner and his game shows in the afternoon. He shares a few words with most of those who inhabit the small New Mexico town where he lives and frequents his local watering hole along with his friend Howard (David Lynch). He’s a man that has trimmed his life down to the bare essentials and seems profoundly happy because of it.

While Lucky doesn’t talk all that much, we’re given an insight into his character through occasional moments of lucidity. A discussion around realism reveals Lucky as an atheist, far more interested in his bloody marys than his hail marys.

Screenwriters Drago Sumonja and Logan Sparks avoid the temptation of over-complicating the plot, when Lucky falls at home it almost sets itself up as the turning point, until Lucky’s Doctor, a hilarious cameo by Ed Begley Jr, finds himself perplexed by 91 year old Lucky’s good health. Howard’s 100 year old turtle also goes missing in a strangely profound and moving segment, but aside from that, the film really is all about the character performance by Stanton.

In his acting roles, John Carroll Lynch has worked with revered directors such as Martin Scorsese and David Fincher, but rather than take the styles of these respective directors as inspiration, he has used his experience to create a well paced and refined feature. With this in mind, he allows all the focus to be on Lucky. There are no long sweeping shots across the town, no big set-pieces to distract the viewer from Lucky’s persona.

Incredibly after more than 60 years of acting at the age of 91, Harry Dean Stanton has delivered arguably the most masterful performance of his career. Coincidentally David Lynch, who is always a treat when he steps from behind the camera, also produced some of his finest work in the form of Howard, delivering the most moving of turtle-related tales ever to grace the silver screen (that I know of). Ron Livingston produces a solid display as the life insurance salesman that Lucky takes exception to, whilst cameos from the aforementioned Ed Begley Jr and Stanton’s former crew member of the Nostromo, Tom Skerritt, are well executed.

Without relying on any real storyline, Lynch has created a debut feature to be reckoned with, showcasing his potential and ensuring his future projects will not be overlooked. Lucky is a love letter to Harry Dean Stanton from both the director and the screenwriters. Stanton has responded by delivering a tour-de- force in character acting.