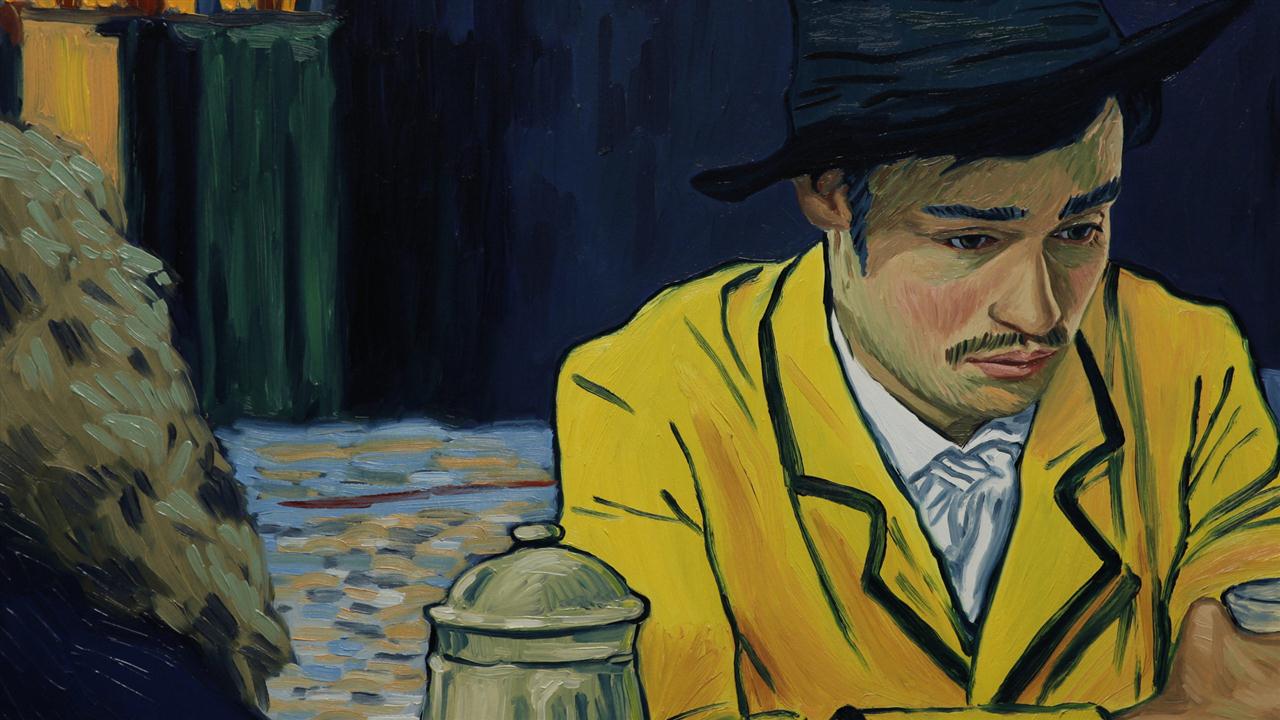 At the premiere of Loving Vincent held, appropriately enough, at the National Gallery I asked Hugh Welchman, the director why he thought genius is often not recognised during the lifetime of its owner.

‘Geniuses see the world in a new way, often contradictory to the culture around them,’ he said. ‘Van Gogh was a revolutionary and with all revolutionaries it takes the world time to catch up.

You also have to remember that Vincent wasn’t very good at talking. In his letters he speaks beautifully and, of-course, his paintings movie people greatly but he couldn’t do the day to day communication very well.’

Welchman also believes Van Gogh is an inspiring example for us all. ‘We tend to think that geniuses are born. I’ve made films about composers like Chopin who could play all sorts of stuff at age two and so on but Vincent didn’t pick up a paint brush until he was 29. He’d failed at four careers and his family had written him off. But now look at his legacy.’

Van Gogh has been immortalized in pop culture before. In the gorgeous, tender song Vincent by Don Mclean there is line which a friend of mine considers to be, perhaps, the saddest in pop lyrics – ‘But I could have told you, Vincent, this world was never meant for one as beautiful as you.’ Stories of how he cut off his ear and sent it to a prostitute have become the stuff of legend and even comedy sketches.

Largely dismissed during his lifetime and sometimes cruelly treated, he has also been the subject of film before, most famously in the 1956 drama Lust for Life starring Kirk Douglas.

However, Loving Vincent, is a whole new beast. Seven years in the making, it is the first ever fully hand painted feature film. Painted in the style of Van Gogh, it took 125 artists from 20 countries to create. A few of them were at the LFF premiere at the National Gallery. One told me that she became involved after seeing the trailer on Facebook and simply applying to be considered. ‘5000, artists applied,’ she said, ‘ and 90 were chosen from the applicants. We spent three weeks in training, basically learning to get rid of our own painting style and to paint like Van Gogh. We were all painters not animators. We had to learn animation.’

Basically, the film recreates the paintings of Van Gogh with actors against green-screen, with the artists painting over 65,000 frames to reflect the artist’s style. Welchman explained that each frame took 6 hours to complete, so that it took two weeks to create one second of film. In total the film took two years to paint. (Some of the paintings from it are now available to buy).

The financing of the project took longer. ‘Which film will it play like’ was a common question.

‘Nothing,’ Welchman replied. ‘This has never been done before!’

The finished film has been sold to 135 countries. The painters are, apparently, all game to try another project and a horror film based on Goya’s paintings is in the works.

There’s no question Loving Vincent is an astonishing achievement, breathtaking in its depth and richness on all levels. Needless to say, it is extraordinarily beautiful visually but it also has an involving story. It is not, however, a biography. Instead the film plays like a murder mystery with an element of film noir which is seen in the black and white scenes which contrast with the vivid colours of Van Gogh’s work.

It is 1891.Vincent Van Gogh (Robert Gulaczyk) a talented man with mental health issues, has been dead for a year, having shot and killed himself. Armand Roulin (Douglas Booth) son of the postmaster who used to deliver Van Gogh’s daily letters to his brother and benefactor, Theo Van Gogh, is charged with delivering Van Gogh’s final letter to his brother. However, Roulin discovers that Theo has also died. In the course of seeking out Vincent’s treating doctor to give the letter to, Roulin starts to trace the final months of Van Gogh’s life and unearth exactly how he actually died. He comes across an array of characters from Van Gogh’s paintings who each has something to say about the artist; some good, some bad. Recognisable faces pop up everywhere, Saoirse Ronan, Helen Mccrory, Chris O’Dowd, Jerome Flynn, to name a few. Soon Roulin finds himself in the role of reluctant detective. Did Vincent Van Gogh really kill himself or was there an element of foul play?

I recommend this film highly.