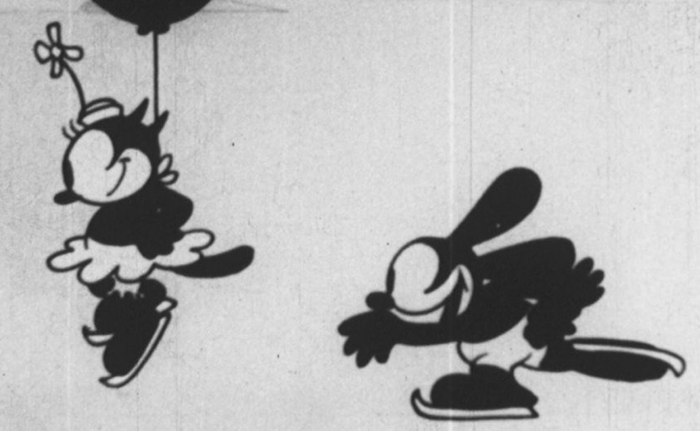 Neck ‘n’ Neck, one of the seven Oswald the Lucky Rabbit cartoons thought lost to the annals of time, has been discovered by an anime historian in Japan.

The cartoon, first released by Disney in 1928, was in the hands of Yasushi Watanabe. The cartoon collector had bought a 16mm copy of the feature for the equivalent of $4.40 in Osaka when he was in high school almost 70 years ago, utterly oblivious to its significance.

“As I’ve been a Disney fan for many years, I’m happy that I was able to play a role,” Watanabe said in an interview with a local newspaper. The original Neck ‘n’ Neck, which aired as a supplementary feature in cinemas, was five minutes in length. However, the cartoon was cut down to just two minutes for the 16mm version that was sold for home projection use, which unfortunately does mean that 60% of the original feature still remains lost.

Walt Disney and Ub Iwerks created Oswald the Lucky Rabbit in 1927 and created twenty-six cartoons featuring the character that were then distributed by Universal Studios. Oswald was Walt Disney’s first original character, and his success acted as the launchpad for the business that is now worth $92 billion.

Unfortunately, in 1928, Walt Disney lost control of the character following a bitter contract disagreement with Oswald’s producer Charles Mintz, and Mintz would in fact wrangle the character over to Universal full-term, where he would stay until 2006. Following the loss of his flagship character, Walt would decide to make a replacement to be the face of his new cartoon business, and went on to create Mickey Mouse who debuted that same year in the black-and-white classic Steamboat Willie.