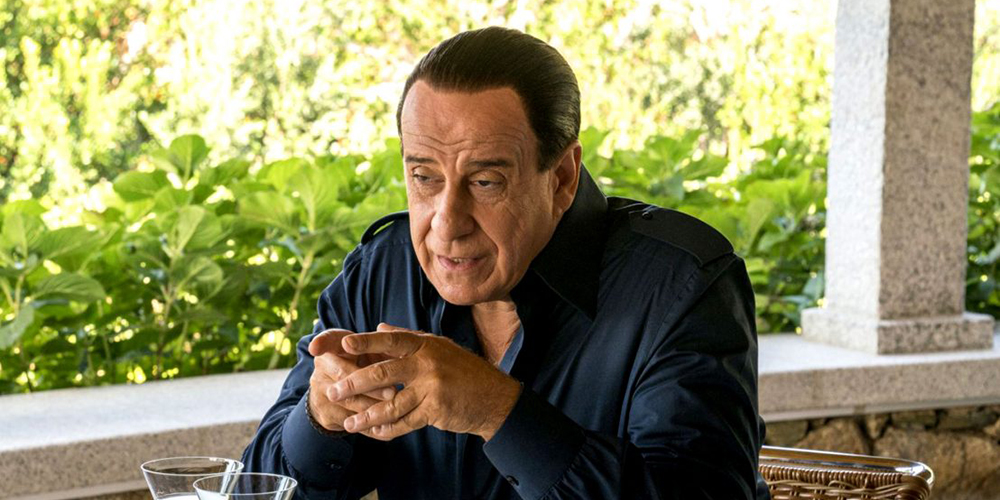 If there’s one thing you can say for certain about a Paolo Sorrentino film, it’s that it’ll be bloody gorgeous. Loro is, categorically, undeniably, unequivocably, proof of that. Sorrentino has the eye of a photographer, an Old Master of cinematic composition. Loro is perhaps one of the most exquisite works of visual craftsmanship I’ve ever seen – but I’m just not sure that it’s much more than that.

Somewhat fictionalising the life of infamous Italian politician Silvio Berlusconi in the mid-2000s, as he attempts to reclaim his political heavyweight status and hang onto his second marriage at the same time, Loro sets itself in the world of high Italian glamour and Mediterranean oligarchs – parties, drugs, sex, scantily clad women, and dirty politics. It’s a feast for the eyes, as Sorrentino makes full use of his eye for decadence, littering the screen with beautiful villas with sun-drenched gardens, fast cars, slow-motion rainbow showers of party pills, and sparkling dresses that shimmer in the Italian sunlight. It’s everything that Fyre Festival wanted to be.

Sorrentino is a king of movie tactics, and they’re all employed with all cylinders firing. We’ve got dramatic smash cuts & quick edits that make Edgar Wright look like Tarkovsky, giant splashes of colour across the screen, and clever soundscapes that pit quiet conversations against the roar of speedboats and the rhythmic thump-thump of party music. Crystal blue skies meet crystal blue seas meet crystal blue pools. The world in which Loro exists is so unattainable that it’s almost hard to accept as a viewer – and I think that’s how we’re supposed to feel.

Because enter Sergio, our film’s primary protagonist. A serial conman-slash-businessman who’s keen to catch the eye of Berlusconi, he decides that he’ll make his grand entrance into the world of high luxury as all conmen do – by faking it. According to a glamourous woman he tries to seduce at a party, he’ll ‘do everything [he] can to get noticed’; he’ll start a ‘modelling agency’, rent an extravagant, hyper-modern villa in Sardinia, and throw wild, dusk-till-dawn parties in an attempt to catch the eye of the former Prime Minister and worm his way into the political underbelly. Sergio is a man who resents his father for telling him that life should be a ‘struggle’, that he should be ‘honest and upright’, and instead unabashedly lusts after the life of glitz and ease that Berlusconi looks like he epitomises. 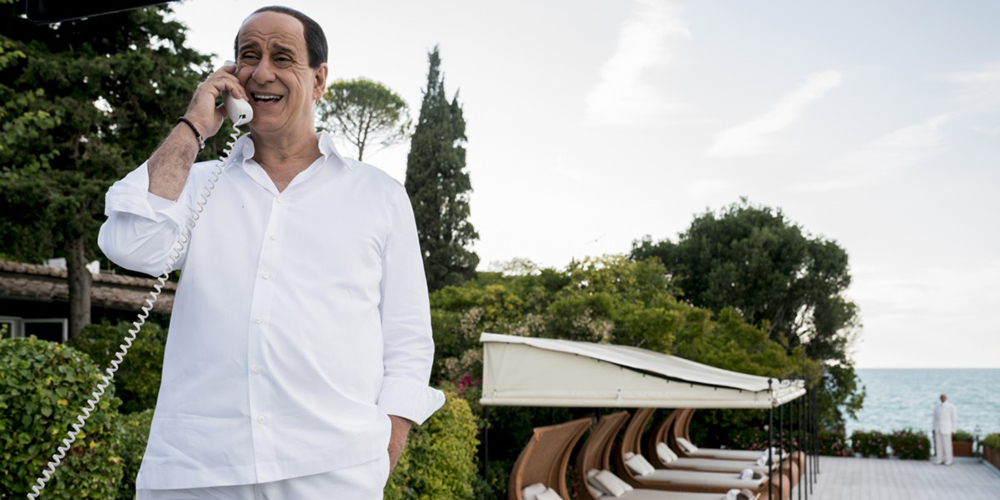 But Sergio is Loro’s first problem, because after around an hour or so – after we learn his ambitions, (literally) meet his family, and get to grips with who he is – he almost completely disappears. We’re traded Sergio for Silvio (Toni Servillo), and bar his interactions with the politician, we barely see him again. It feels clunky to introduce Sergio only to drop him because, in truth, the weight of the film’s story is on Silvio’s attempts to reclaim power and handle a failing marriage, not on Sergio. If he’s a red herring, he’s one that Sorrentino allows us to get all too invested in, only to never really show us what happens to him. He, truthfully – though played well by Riccardo Scarmacio – isn’t needed.

Indeed, this feeling of slight dissatisfaction is somewhat true of the entire film. Loro was originally released as two slightly shorter films and compacted down to one – and it shows. The film’s tone makes a sharp 180 at around the midpoint, and it tries to dance a line between highly choreographed party madness and a more nuanced study of Berlusconi, but the edits between the two mean that on both sides, we lose something. We don’t really (aside from one shot of Sergio, back at home with his father, apparently all the poorer) get a resolution to the party madness, and the lightning-quick flip leaves the more emotional narrative of Berlusconi feeling hollow. There’s a feeling that you’ve missed something in both parts of the film that leaves you, though entranced by the visuals that Sorrentino constructs impeccably, ultimately a little thrown.

Maybe it’s the literature student in me that wants to tell you that the film could be a motif – that in creating a film that’s all beauty and a little lacking in the narrative department, Sorrentino’s making a clever comment on the vapid high society of the rich and famous. But I don’t think we can go that far. Sorrentino has made yet another stunner of a film, that’s for certain – but without the narrative weight behind, I’m just not sure that there’s enough to care about. Loro’s gorgeous, but I think that’s all it is.