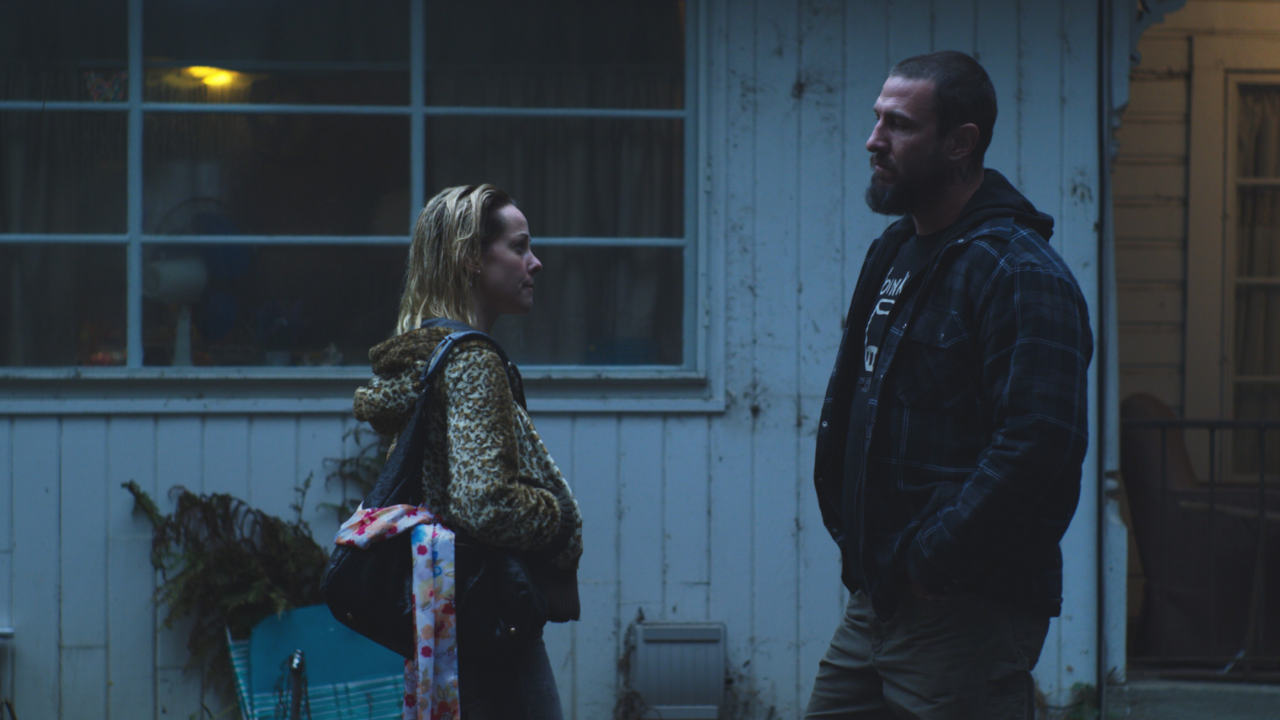 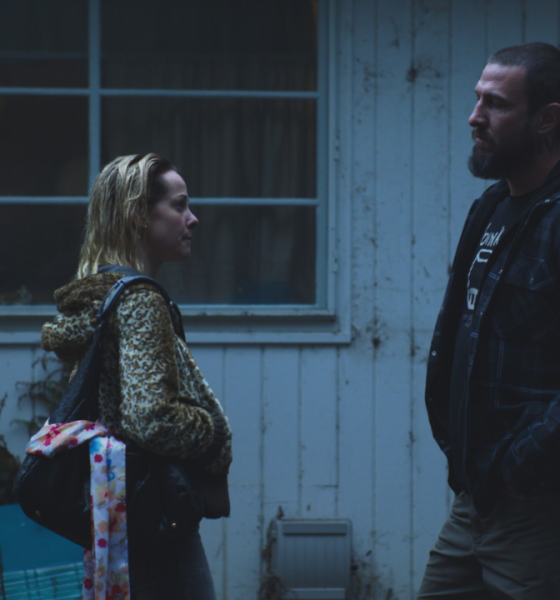 Sabrina Doyle’s multi-faceted Lorelei juxtaposes the mythical with the harsh realities of life. Its title provides that clue to the underlying sense of the sea’s influence, which is illustrated throughout the film with powerful sea imagery, which may symbolise re-birth, but the title’s definitions hint at the mythical nature of the sea. Lorelei is a brooding, authentic portrait of missed opportunities and regret evoking impressive performances from its leads. The myth associated to the title of the film refers to a German legend of a maiden transformed into a siren and lured fishermen to destruction. It is a key to the underwater symbolism embedded in Lorelei, which is reminiscent of Undine.

Lorelei may follow Wayland’s perspective, played by an impressive Pablo Schreiber, and his antics following his wild night out with his bike riding ‘family’ upon his release from a 15-year prison sentence. However, his inevitable re-kindling of a high school romance with Dolores, played by Jena Malone, seems doomed from the outset, given Wayland’s selfish streak. Lorelei uniquely places emphasis on personal dreams where such ambitions do not waiver and therefore sets the stage for a predictable redemptive arc for Wayland. Dolores’ hopes and dreams unexpectedly take centre stage as Wayland attempts to support her but unwittingly becomes embedded within Dolores’ chaotic life where she is a mother to three other children.

Lorelei unveils a compelling contrast between the individual aspirations of Dolores and Wayland in such challenging circumstances. There are subtle insights into the surrounding levels of adversity faced as Wayland is still under the supervision of a parole officer and therefore receives a minimum wage. Still, Dolores wishes to re-live the dreams they shared as teenagers to embark on a road trip. Doyle’s direction at such moments is captivating, with perfectly framed close-ups on Schreiber’s expressive performance.  Each frustration, fear, and sense of disgust etched onto Schreiber’s face is affectingly demonstrated and invites sympathy for Wayland’s character despite his flaws.

The emotive impact of Schreiber’s performance combined with the omnipresent nautical aspects amplify a degree of beauty within the film despite the bleakness of the home environment. At times, it is simply pleasing to revel in the serene, natural sounds of the waves crashing and admire the mesmerising mermaid quality to Dolores’ synchronised swimming performances. Those moments create a surreal, dreamy aesthetic to Lorelei, and the cinematography is stunning and hypnotic but unfortunately short-lived. Lorelei mirrors other films before it in depicting the difficulty in escaping the poverty cycle and a life of crime. Still, the undercurrents of hope triumphing adversity plus the strong supporting performances of the children provide a more engaging experience than many films in the genre.

Despite their undeniable chemistry, Lorelei’s attempts to address many heavy themes for the marginalised couple, resulting in an unevenly paced film. The questions indirectly raised as to what constitutes a family, whether one can truly be in control of one’s destiny and escape one’s past, are not successfully answered. There is also the underlying symbolism and the question as to which character has truly been able to re-birth and pursue those aspirations. But, the film’s ability to delve into this non-conventional plot on such an assured basis is impressive. As a feature debut, this striking film transports the viewer outside of the gritty, mundane elements of life and grants permission to dream of the type of freedom that only swimming in the ocean may bring.