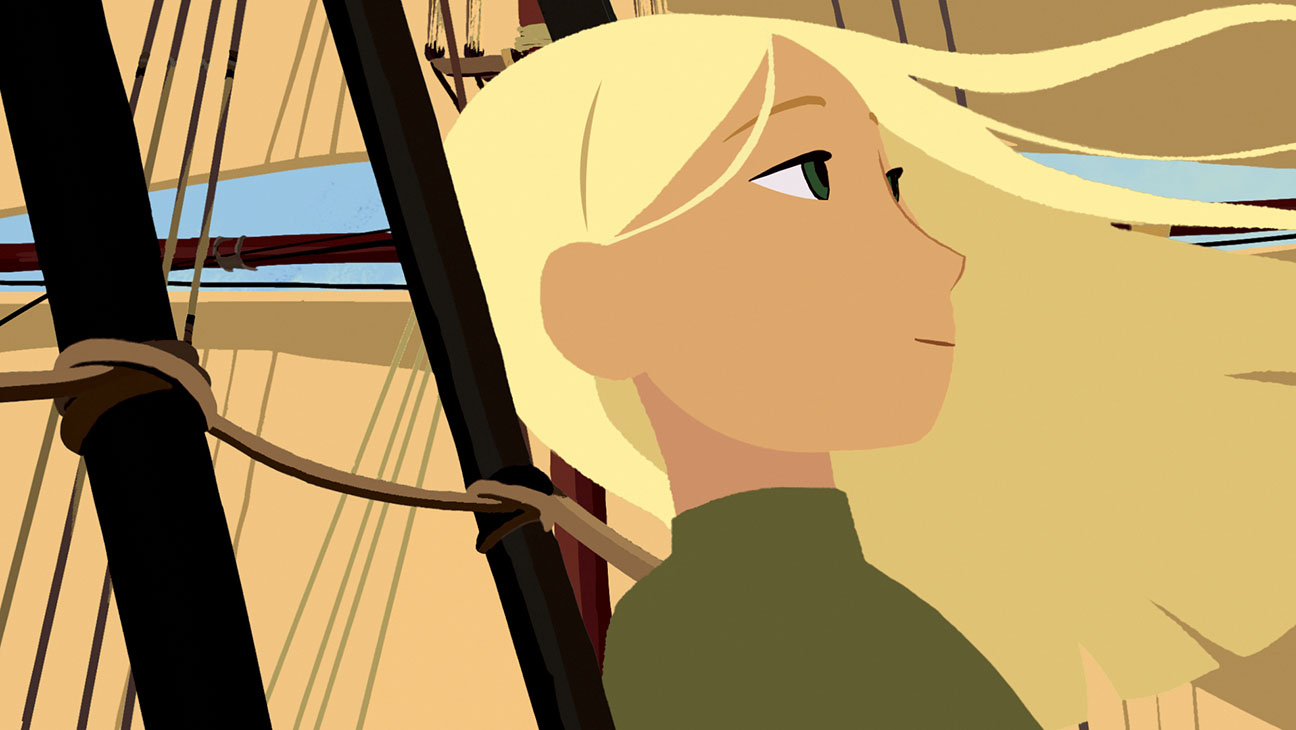 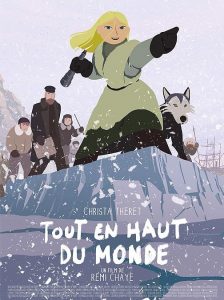 Long Way North is a visually stunning, animated story about a 15 year-old Russian girl who runs away from home on a mission to the North Pole in order to find her grandfather’s ship (and at the same time, save her family’s honour.) Set in 1892, the protagonist ‘Sasha’ was born to a wealthy family, her grandfather a Captain of the infamous ‘unsinkable’ Davia ship destined for the North Pole.  When neither the ship or crew return, the family fall into disrepute- as most of the money for the expedition had been donated to the cause by the Russian Empire.  On the day of her debutante ball, Sasha enters her grandfather’s study for the first time since he sailed away.  In this pivotal scene, Sasha finds clues which lead her to believe that the ship had taken a different route North than what was believed by the authorities.  When her discovery fails to impress her parents, she decides to take action; adopting a disguise, running from home and joining a motley crew of sailors who take on the epic adventure north with the little stowaway.

With a soft spot for feature animation, Long Way North did not disappoint me.  The Franco-Russian production hearkens back to a simpler, pre- Pixar time in film where the shots are stripped back, featuring moving characters across beautiful backdrops of hand-painted arctic scenes.  The journey quickly becomes perilous, and it is the subtle tonal change of the animation; from adventure to threat, that makes this stand alone as one of the most daring feature animations of recent years.  It is poignant, it is daring and you never feel as though you are being short-changed with the narrative arcs as the filmmakers face up to the extreme trepidation felt by the sailors. When the group reach the dangerous terrain of the North, with it’s misleading icebergs and treacherous avalanches and blizzards, they begin to turn on each other as their lives look very likely in danger.  It makes for a fascinating viewing journey.

With some spectacular sequences of the natural phenomenon that is the North Pole, it’s not hard to see why this indie animation won the audience award at last year’s Annecy Festival of Animation. The choice to utilise 2D animation throughout works beautifully with what is actually a very simple narrative, where often little or no dialogue is needed.  The cello-influenced score by Jonathan Morali is appropriate and effective, not distracting but reinforcing the animated images on display.

The fact that we have a strong, female lead, remote from romantic possibilities and driven only by the love for her family, is reason enough to celebrate, but coupled with the daring approach to the less-than smooth hand-drawn frames, it really is an incredible feat and one which will definitely see it gain traction through word of mouth.