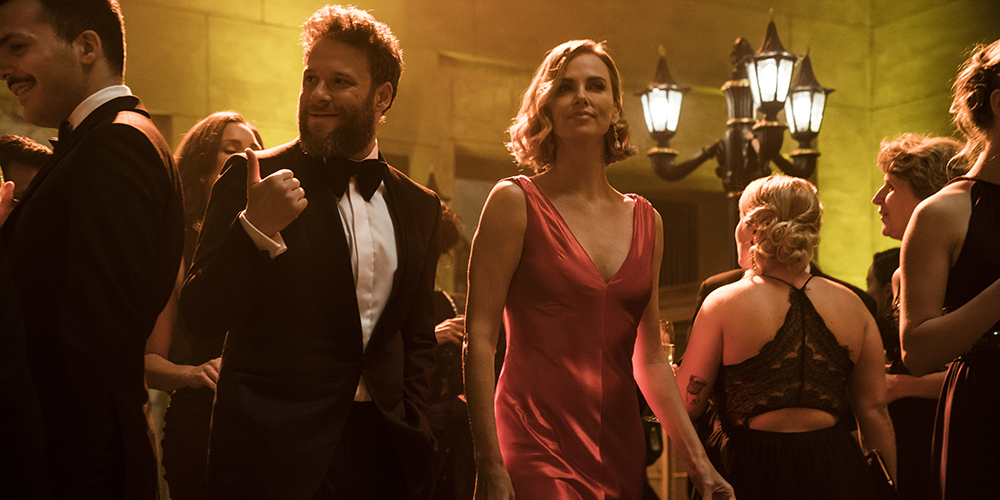 An unabashed inclusion into the pantheon of “if you’ve seen the trailer, you’ve seen the movie” movies, Long Shot offers up a number of visitations to tropes gone by as it tangles with the romantic machinations of Presidential hopeful Charlize Theron and shlubby speechwriter Seth Rogen. Among them the will-they won’t-they beats of When Harry Met Sally, the love-knows-no-bounds hallmarks of Pretty Woman, and the white supremacy credo of American History X.

Admittedly, that last one was a gag, but Long Shot – in a problematic attempt to stay as topical as possible – does indeed double-down on the inclusion of story elements and numerous subsequent gags involving white supremacists. Whether that’s a contribution to be credited to The Interview writer Dan Sterling or co-writer Liz Hannah (The Post) remains unclear, but its noticeably the romcom portion of Long Shot that runs a lot smoother than its equally-portioned political revelry. That it prioritises neither a difficult barrier to overcome and a jarring half-measure for a popcorn fuelled-date movie. 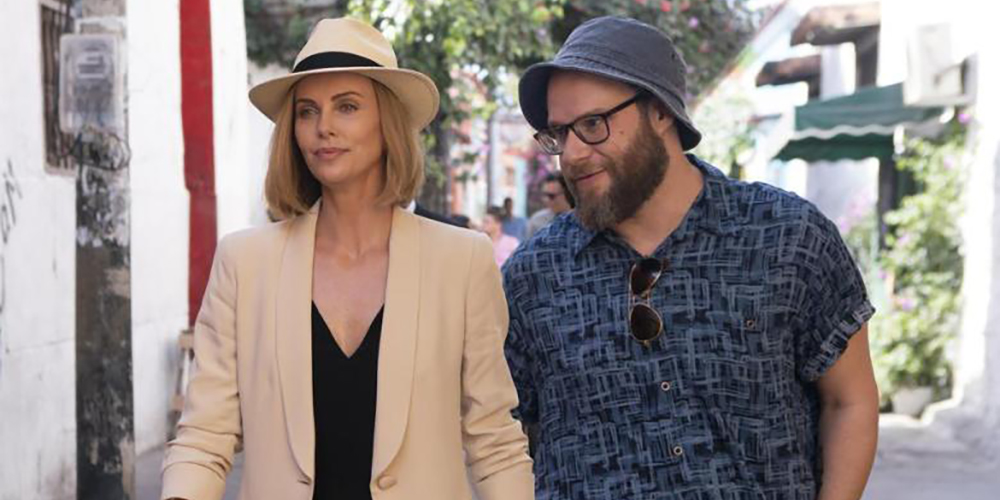 The central premise borrows an embarrassing prologue element from There’s Something About Mary – with Rogen’s down-on-his-luck writer Fred years later having a chance reunion with childhood crush and former babysitter Charlotte (Theron), now the Secretary of State looking to make the push for her own Presidential run. Predictably, the (at least initial) conceit centres yet again on the comedic model of the unf**kability of Seth Rogen – now in its twelfth year following the Knocked Up marketing campaign that began it all – before seemingly tiring of this in favour of the “if only she could see what she has” trope instead. There’s also a blackmail attempt in there somewhere, dealt with in roughly the same amount of time it takes Rogen to Something his Mary all over his own face.

The pairing, in spite of the lumberingly average film itself, works quite well. Rogen’s inconsistent on a script level, but likeable enough with his woke goofball persona to sell it regardless, and Theron gets to sharpen her under-utilised comedic knives without skimping on the steely resolve thanks to a couple of swift emotional beats she demolishes with relative ease. Shout out as well to O’Shea Jackson, Jr. – obviously having a ball as Rogen’s bestie – and June Diane Raphael, who plays absolutely to type, but does so presumably because so few can reach her particular level of sassy bitch. 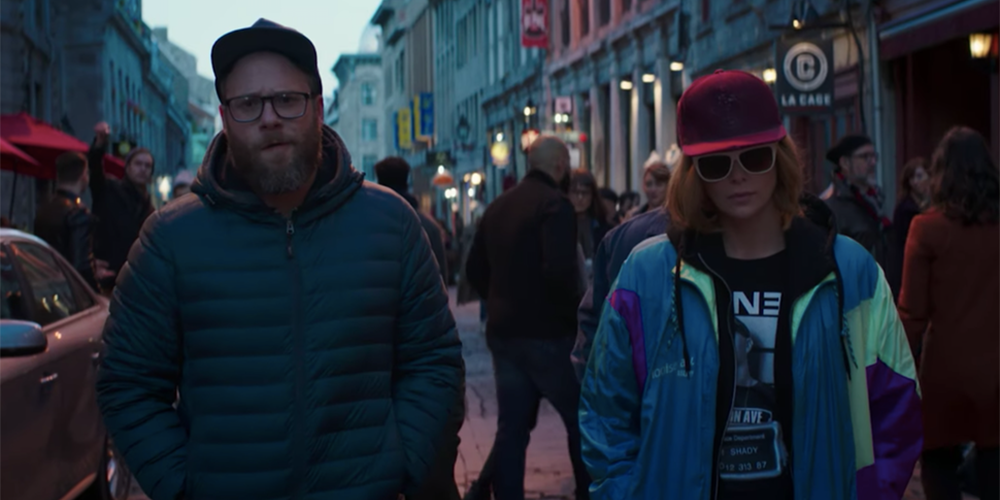 Director Jonathan Levine meanwhile offers something perhaps closer to the Mike and Dave Need Wedding Dates end of his spectrum than the 50/50 one, but it’s at least delivered with enough of a slick and energetic bit of verve, and – though Long Shot’s variation on the increasing need for every comedy to revive a musical artist of days gone by is fleeting – it’s a fun one. Long Shot’s biggest obstacle comes really only in topical and political beats that don’t either fit the landscape of the film to begin with, or are the todderings of someone so profoundly naive that it’s difficult to see their input in the screenplay elsewhere. Long Shot can be a perfectly enjoyable romcom for five minutes, but the period inclusions of statements on journalism and white supremacy jut from within it with all the obvious contrast of seeing Kryptonian rocks sprouting out of Manhattan.

The gag rate holds firm, however, and Rogen and Theron share chemistry with enough in the way of sparks to keep it lively and lit up to the end. It once again confirms that nobody can write for Seth Rogen quite like Seth Rogen himself, and it’s not one that’ll be remembered a month from now, let alone at the end of the year, but it’s an engaging and fun enough romcom with some awkward political elements. Or an awkward political comedy that offers up a good romcom. It’s one of those two.

The Curse of La Llorona ★★