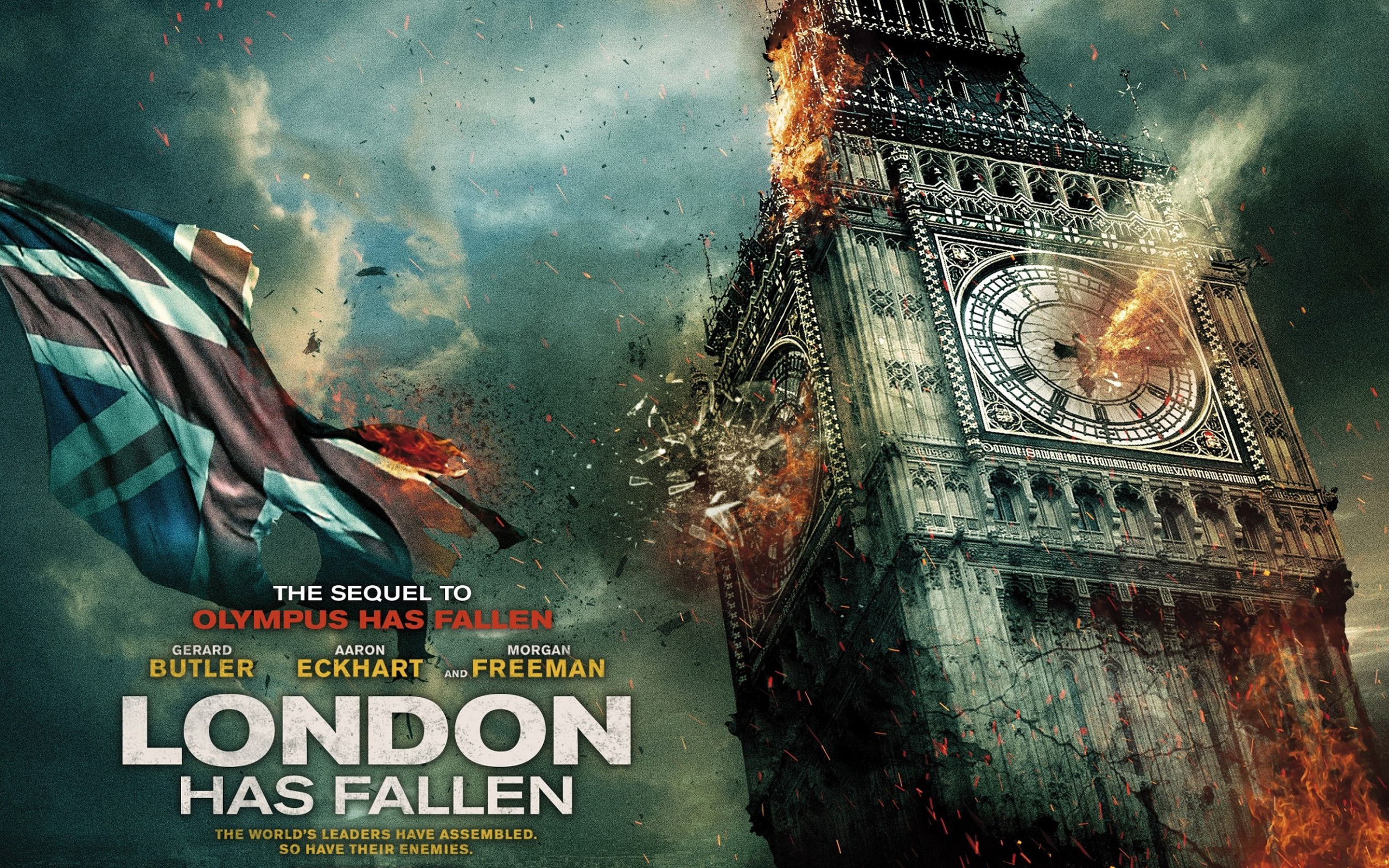 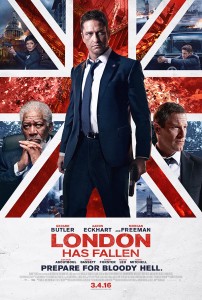 Mike Banning appears to have caught the John McClane bug. I’m not talking hair-loss in his 40’s but rather being in the wrong place at the wrong time.

Several years after Banning (Butler) saved President Asher (Aaron Eckhart) from an attack on the White House in ‘Olympus Has Fallen’, he’s forced into action once more during a visit to London as the city comes under attack from an arms dealer hell-bent on seeking revenge for the death of his family at the hands of the United Nations.

‘Olympus Has Fallen’ was certainly a lot of fun and, as Director Babak Najafi takes over from Antoine Fuqua for the sequel, the scale is far grander. The action spans across the capital, taking in London’s most famous landmarks and subsequently destroying them… While it’s full of stereotypes and action movie clichés, London Has Fallen really is enjoyable from the off, delivering fast paced action scenes, car chases and explosions aplenty.

Butler does what he does best and mixes his character’s bro-mance with President Asher with his bad-assery as he almost single-handedly finishes off the last of the terrorists left behind by Liam Neeson in Taken.

Morgan Freeman and Aaron Eckhart provide the support to Butler, while the rest of the cast flick in and out, the biggest flaw is probably the lack of any sort of main villain – with two of the affected family sharing the planning and execution of the attacks – there’s no real showdown as such, more of a all encapsulating climax. This can be forgiven as the real focus of the narrative is the survival of President Asher rather than the battle of Banning and whoever has pissed him off the most during the attack.

London Has Fallen is ridiculous, but in the best possible way, assuming the point of the film isn’t to scare the audience into thinking this sort of thing could happen in real life, it really is one of the most enjoyable action movies of recent years. It’s so easy to say ‘this wouldn’t happen’ but why do it? It’s far more fun to sit back and enjoy the action.

It’s perhaps an odd comparison but ‘London Has Fallen’ does feel similar to ‘Die Hard’ in more ways than one, with the notable exception of a Hans Gruber-esque baddie , Butler could fill a Bruce Willis shaped hole in the action genre if the series was able to continue, which assuming the box-office numbers make good reading, it inevitably will. Perhaps the only issue is where the series goes next, the scale of London Has Fallen means that another city could be the only option, unless we end up with ’Space Has Fallen’, although let’s be honest, stranger things have happened… All jokes aside though, if the series is to continue, keeping Butler is probably the key, while Freeman’s soothing tones alone would probably be enough to talk any terrorist out of an attack, losing him or Eckhart probably wouldn’t be as fatal should Butler depart.

London Has Fallen is an old-school popcorn movie with largely impressive visuals, a strong cast and fast-paced action. It’s set the tone for action movies in 2016 and has so far been one of the most enjoyable movies of the year.