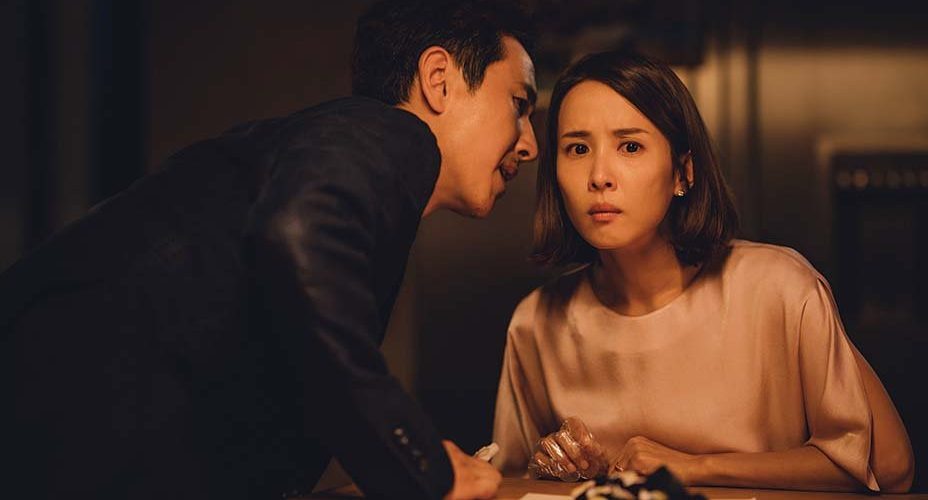 Social status is familiar ground for Bong Joon-ho. With Snowpiercer the focus was on fighting to survive in an environment where the rich flourished and the poor were expendable workforce. While his latest class-commentary Parasite may deliver its critique of South Korea’s social inequalities in a more subtle way, it still makes an incredibly absorbing point.

Living in a basement and struggling to make ends meet, Kim Ki-taek (Song Hang-ko) and his family stumble upon what they see as an opportunity when Ki-woo (Woo Sik-choi) begins tutoring English for the daughter of the wealthy Park family. As Ki-taek’s family slowly manage to con their way into various jobs around the house, with the employers none the wiser, they eventually start pushing their supposed ‘good luck’ too far.

Parasite manages to swing the pendulum of blame from one family to another. Ki-taek and his family are con-artists, taking advantage of the naïve wife of a rich business-man and yet we find ourselves rooting for them to succeed in their wicked plans. The wealthy Park family are by no means horrible people, undoubtedly pretentious, but otherwise quite nice. When we see the family-life they try to enjoy despite their father’s busy worklife, we feel sorry for them and the daylight robbery they’re subjected to.

In one take the film can go from comedy to drama-come-thriller and it’s this ability to so seamlessly cross genres that screams of a filmmaker at the very top of his craft. Bong Joon-ho has created, in his own-words, a comedy without clowns and a thriller without villains.

It’s visually striking and beautifully framed, but it’s not a film that relies on it’s environment, but the people that inhabit it. It’s a character study quite unlike any other. The English-title Parasite couldn’t be a more apt description of the Kim family’s actions as a whole and yet, it’s far deeper than that. The way they move, the way they talk; crawling around in the dark, speaking in hushed tones, even dodging the light. It’s striking, it’s creative and it’s damn near perfect.

The cast, led by veteran actor Song Hang-ko, are all on board. The family dynamics are captured wonderfully. The want-to-be alpha male Kang-ho who takes credit for what is arguably his children’s plan. The strong wife, who in reality is in charge of the family. Even the Park family’s relationships are examined, the struggles of a wife who never sees her husband, a husband who married because he had to and a spoilt child that doesn’t want to study. The families couldn’t be more different socially and yet they’re essentially two sides of the same coin when you break it down.

It’s laugh-out-loud funny in parts and hand-over-eyes shocking in others. Parasite is a masterclass in character study and social commentary and as near perfect a film as you could ask for.