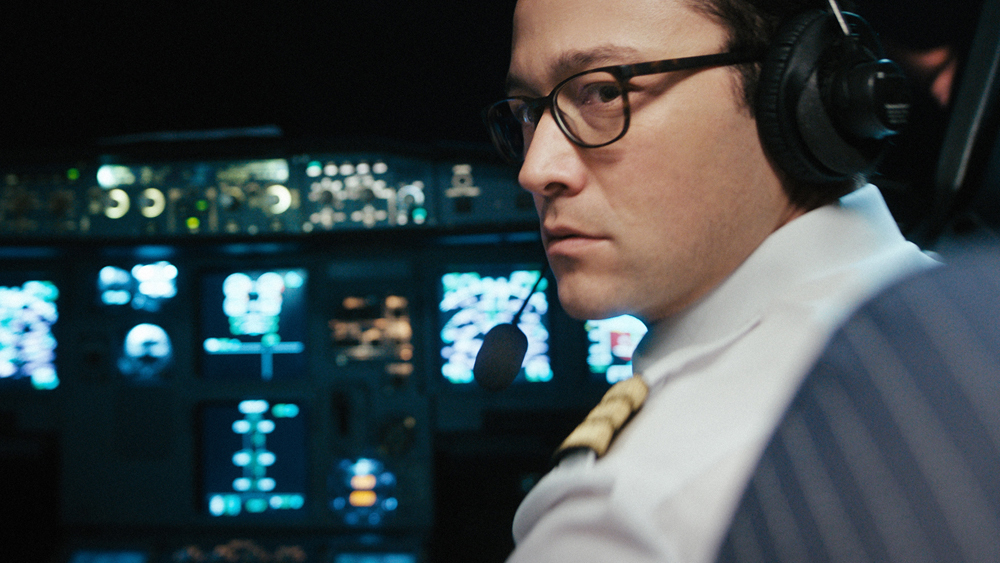 Joseph Gordon-Levitt has enjoyed quite a varied career – with a number of much-loved rom-coms and blockbusters under his belt – however it’s his turn in Patrick Vollrath’s 7500 that really showcases his capabilities as a leading man.

Speaking ahead of the screening of 7500 at Locarno Film Festival, Vollrath spoke of his desire to create a film set in one room and where more dramatic than a plane’s cockpit in mid-flight?

Films centring on terrorism and hijacking have been given the big-screen treatment on numerous occasions. yet with Vollrath’s feature, we see a new perspective on the topic. The sheer sense of tension created by knowing that just a small change to a plane’s course can have resounding effects on the lives of those on board as well as those on the ground below.

Levitt plays Tobias, an experienced co-pilot flying alongside experienced Captain Michael. Also on board the short flight from Berlin to Paris is his partner, a stewardess with whom he has a young son. Everything appears to be going normally until the plane is attacked mid-flight by four hijackers, determined to take control of the aircraft and use it as a weapon.

The films strength is in JGL’s commanding performance. His character remains professional yet his emotions are continually bubbling just underneath the surface, occasionally spilling over into his actions. It’s a memorable performance and one that deserves wider recognition. Another note-worthy performance is that of Omid Memar who plays a young hijacker named Vedat. Memar captures the confusion and nervousness of the young hijacker wonderfully.

The film is a bit hasty at times – in order to get that emotional pay-off within the plot, certain aspects are rushed through – the introduction of Tobias’ stewardess partner is a little too quick and convenient for example. It can be forgiven though as the short running time means that the film rarely drags, with the first hour flying by as the drama unfolds.

Vollrath has managed to create a highly dramatic feature, spearheaded by a scintillating performance by Gordon-Levitt. It’s claustrophobic, it’s tense and at times it’s all too real. It’s that aspect – the likelihood that the audience were asking themselves ‘what if?’, that makes 7500 a real gem.