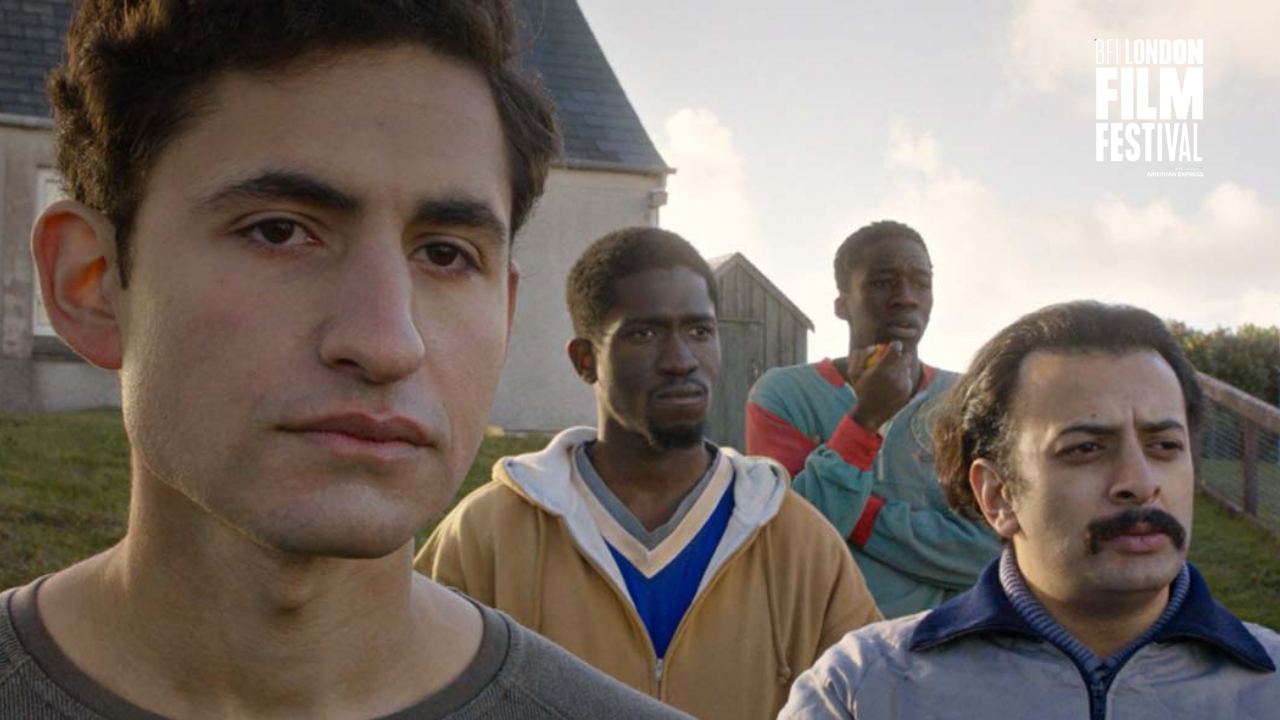 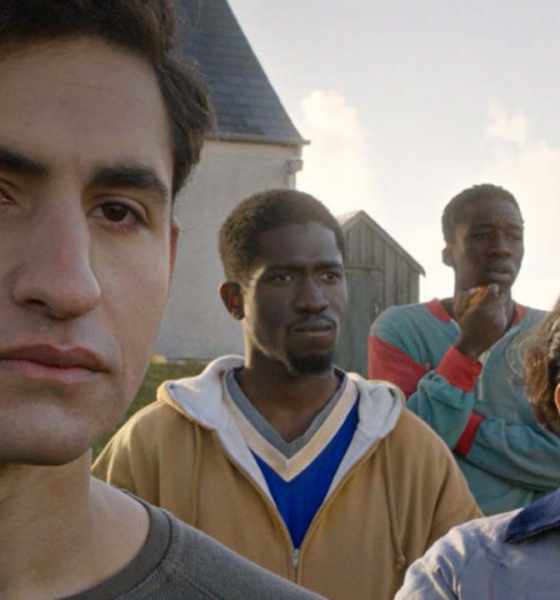 Screened as part of the ‘Journey’ strand at the BFI London Film Festival, Limbo follows a group of refugees awaiting British asylum on a ragged, weather-beaten Scottish Island in the Hebrides. Scottish filmmaker Ben Sharrock wrote and directed the film; which is a sensitive and carefully-told story about four men trying to keep their dreams afloat in a place where time seems to standstill.

Rising star Amir El-Masry is Omar, a musician from Syria separated from his family who finds himself living with three other men; Freddy Mercury obsessed Farhad (Vikash Bhai) from Afghanistan, and Abedi (Kwabena Ansah) and Wasef (Ola Orebiyi), brothers from Nigeria. Prohibited from working, the men must simply stay on the Island and find things to do until they receive news about their application. Early on in the film Omar, a harrowing almost detached look in his eyes, asks Farhad how long he’s been on the Island; “32 months,” Farhad answers cheerfully.

Unlike the stark, unchanging bleak landscape around them, the tone weaves its way from drily comic, to tense to absolutely heartbreaking. The film opens with a bizarre laugh-out-loud scene where two officials, Helga (Sidse Babett Knudsen) and Boris (Kenneth Collard) teach the men how to behave in a nightclub. The men are stunned, one choosing to cover his face rather than watch the absurd scene play out in front of him.

A trip to the donation centre ends in them having bootlegged DVDs of the TV show Friends to watch in their sparsely-furnished home. They sit in the evenings watching the colourful lives of privileged Americans play out in front of them and learn phrases such as ‘eggs sunny side up.’ An almost imperceptible atmosphere of tension hovers over the house; it’s more than boredom, it’s an acknowledgement that they are stuck in limbo and ultimately powerless. In a bleaker moment someone even suggests that the authorities are just waiting for them to break and volunteer to go back home.

The film deals with the refugee subject matter unlike any other I’ve seen telling a similar story. Choosing to focus on the personal story of Omar’s grief at losing his identity and becoming that of just ‘a refugee,’ and using comedy as a mechanism to deal with that trauma, is sheer brilliance. He carries his ‘oud’ (a string instrument) around in its case even though he is unable to gather the passion necessarily to play it. It’s clear when he speaks to his parents on the phone that he feels that he’s betrayed them and his older brother who has stayed in Syria to fight for their country. In one heartbreaking scene, Omar climbs the highest peak on the Island, the only place he can get a signal on his mobile phone. Dressed in a thin blue coat, he paces onwards through the snow to make the trip only to go straight to his brother’s voicemail.

The performances are a delicate and careful exploration of the characters in a precisely-paced film that sparks with electric moments between the actors. Sharrock chose to have the cast rehearse and live together for two weeks before the film, and as a result of the bond and talent of the group, the film feels all the more authentic for it.