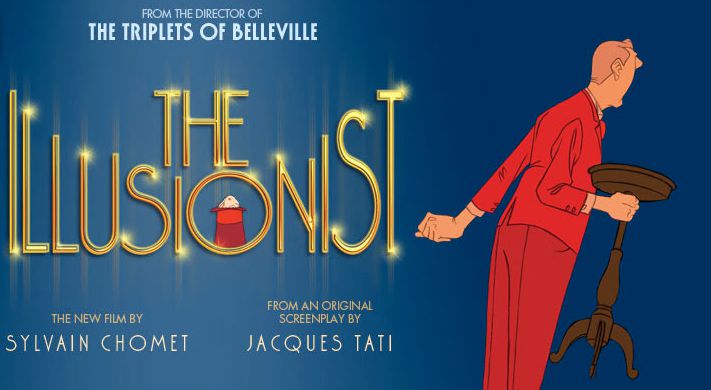 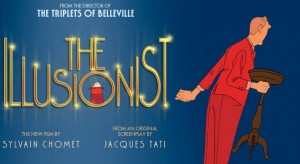 L’illusionniste (The Illusionist) Is a beautiful work of art. Director Sylvain Chomet presents us with a silent yet powerful movie about friendship, passion (work ethic) and love.

Set in the 1950’s L’illusionniste follows an illusionist who is struggling for work after his act is becoming tiresome in the entertainment industry. He soon finds himself travelling to Scotland where he meets an innocent and poor girl called Alice. Fascinated by the illusionist and believing his magic is real she accompanies him on his travels to find work. Even though they don’t speak the same language they develop a strong bond. Not wanting to tell Alice magic doesn’t exist they start a new life together and he works hard to buy her much-wanted gifts, changing both of their lives.

L’illusionniste is an engrossing film as it relies on delightful and detailed animation, charming characters and a touching story. It doesn’t consist of much dialogue and it’s through the actions and expressions of the characters that the story is told. We warm to the illusionist because of his generosity and he’s a character we can connect with. He’s not portrayed in an unrealistic manner but a believable human being. Alice on the other hand comes across somewhat ungrateful. She expects too much from the illusionist but at the same time you have to recognise she is a naive girl. Towards the end you see her mature into a beautiful woman and a woman who is finding her independence. Throughout the movie we also meet strange and amusing characters. Some bring a dark tone to the film but also some humour directing the film towards a more adult audience.

The subject matter of illusionism becoming a dying art is a saddening issue. Seeing a man with a passion and the determination to be successful in this form of art is a moving experience.

The animation is visually stunning. It’s rich in detail and the colours are carefully used to create the rightful atmosphere. Colourful imagery creates a breathtaking countryside and dark and dull colours are used for serious lifelike effect. It also looks great because it’s wonderfully directed. Sylvain Choment makes L’illusionniste an interest watch through image rather than words.

They may not say much but L’illusionniste is touching and in some ways funny. It’s well crafted and an all around entertaining film.