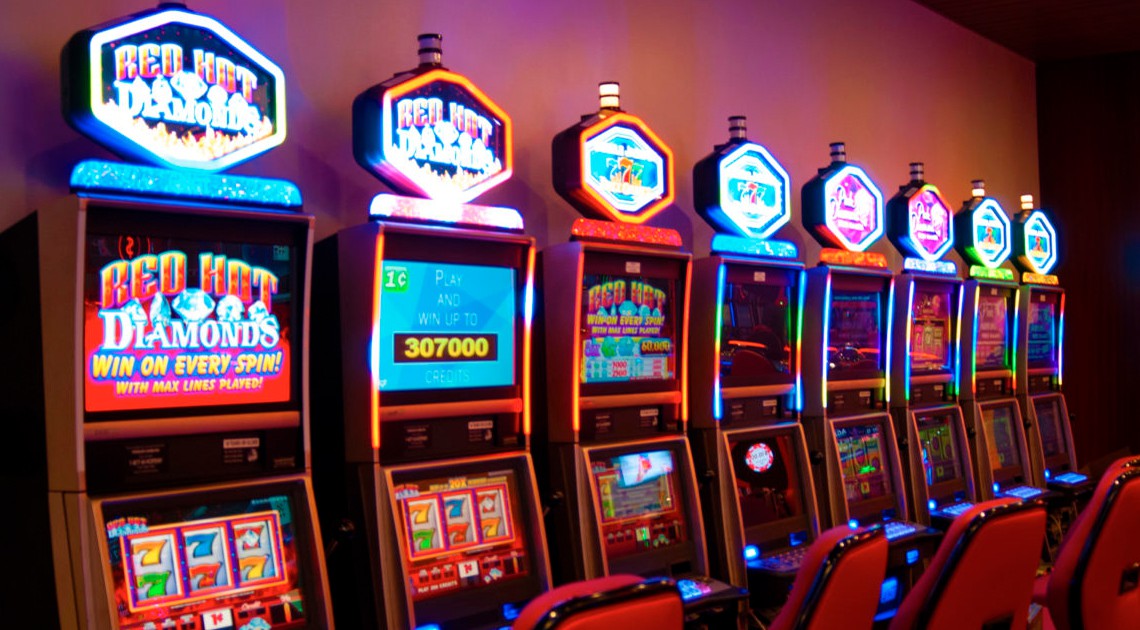 Movies and slot games seem to go together like peanut butter and chocolate, and just like the popular sandwich combination AmericanCasinos.com attempts to fill your craving with two of the best that NJ casinos have to offer.

Planet of the Apes

As movie franchises go, Planet of the Apes is a biggy. Having previously had a successful series of movies the franchise was rebooted recently to further critical success. This success has been merged into the world of online slot machines by NetEnt to significant effect.

The first thing that you will notice about this slot machine is that it isn’t just one machine; it features a cool dual screen, dual aspect feature. This allows it to use elements from two of the films in the franchise and displays the duality of the character chimp Caesar.

The left-hand side is themed from the “Rise of the Planet of the Apes” film and has assets and symbols from that movie, as well as the standard 10 and above playing cards that feature in many machines.

The right-hand side is themed from the “Dawn of the Planet of the Apes” film and has symbols and assets from that movie liberally scattered about, along with the playing cards from the left-hand side too.

Both sides feature a standard five reel, three-row, twenty payout line configuration, and include wild card and scatter symbols across the board.

Capable of taking stakes from as low as $0.20 through to as high as $200 this slot machine will appeal to gamblers of all bank balances, and with a high RTP of 96.8% you should hope to see a fair amount of that investment back in your winnings. Appealing to a wide range of NJ casinos’ audiences, the slot is available on both desktop and mobile platforms.

From sending a smiley to a friend, or even making dinner plans using the pizza symbol, emoji’s are certainly now everywhere. The lack of expressing emotion in the rising climate of text messaging needed something to fill the void and thus emoji’s were born. So much a part of the zeitgeist that they even spawned their own film. “The Emoji Movie” may not have been an Oscar-worthy presentation, but it was certainly something that was very much aimed at popular culture, and it is of no surprise that this has been melded into a popular slot machine by NetEnt.

The symbols being so iconic are what makes emoji’s ripe for slot machine conversion. Featuring the likes of Smiley Faces, Bombs, Rockets, Pizza Slices, Two Hearts, Aliens and, of course, Poo the cartoony nature of emoji screams out from every pore of this slot machine. The biggest symbol to watch for being the granddaddy of them all the smiley face. Get this one appearing on your win line, and you could be looking at up to 500 times your stake back in winnings.

Another key symbol is that of the star, this is the wild card symbol on this slot machine and as such can be the key to big winnings. Featuring an RTP of 96.4% this slot machine is close in earning potential to that of the Planet of the Apes above, and as such is definitely worth a lookout. Like the above machine, this one is a firm favourite of the NJ casino’s crowd and is available on both desktop and mobile.