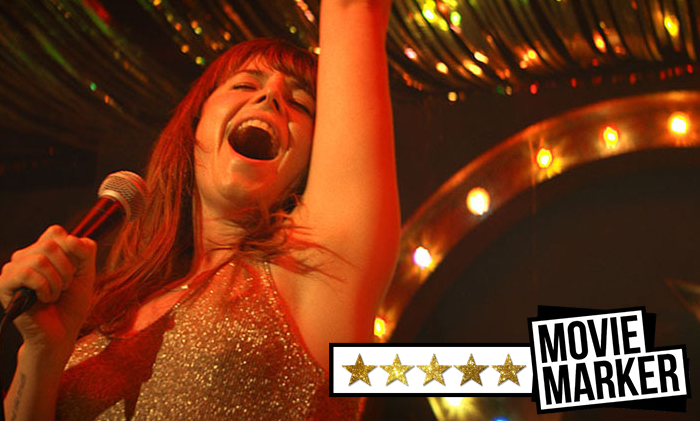 Country music. So deeply ingrained in American cities such as Nashville and Memphis, exposing us to enduring talents like Willie Nelson and Dolly Parton, all the way to Carrie Underwood and Taylor Swift. Well, until she went all ‘Look What You Made Me Do’ on us.

You’d hardly associate Scotland as a drowning talent pool for this deeply loved genre. Try telling this to director Tom Harper and scriptwriter Nicole Taylor though, who have unearthed a ‘Wild Rose’  in Jessie Buckley, in this absolute joy of a film. If her last film was ‘Beast’, then this is very much the beauty.

Buckley is the larger-than-life ankle-tagged Rose-Lynn Harlan, a ballsy Glaswegian woman fresh out of prison who is all about the three chords and the truth, eager to escape the tedium and achieve her dream of gracing America to establish a singing career. Her undeniable talent is as raw as the emotions felt by her mother Marion (Julie Walters) who remains unimpressed by Rose-Lynn’s outlandish claims, along with her two children who she struggles to reconnect with. A welcome escape lies in the seemingly mundane form of her cleaning job, with the well-to-do Susannah (Sophie Okonedo) championing her voice, encouraging her to pursue her passion by any means necessary.

For a narrative that could so easily be formulaic, ‘Wild Rose’ thrives on its sense of misdirection and generational conflict, which only enriches the emotional heft and uplifting quality of its central character’s journey. The film through Taylor’s terrific script and Harper’s warm direction, takes great pleasure in striking a balance within Rose-Lynn who is often fond of pressing the self-destruct button, bringing her feet slightly closer to the ground as the harsh reality of motherhood ultimately shapes her road towards the dream profession. This is only solidified by the well-drawn character dynamics, with Susannah offering the middle ground and glimmer of hope for Rose-Lynn despite the setting, whilst her run-ins with Marion deftly tackle the idea of rejecting such traditional values.

Full of gusto and grit. Jessie Buckley’s Rose-Lynn is a firecracker of a performance that will surely see her star soar, a heroine you can’t help but root for despite her flaws, whose stunning voice and sheer passion makes for a killer combination. Ably supported by the ever-reliable Julie Walters as Marion, who impeccably conveys the great frustration in her mischievous daughter and the sacrifices made for her, with Sophie Okonedo’s delightful turn as Susannah the uncynical counterpoint.

Its music soulful in its simplicity. Its story exquisite in its execution. Tom Harper’s ‘Wild Rose’ is blooming brilliant.