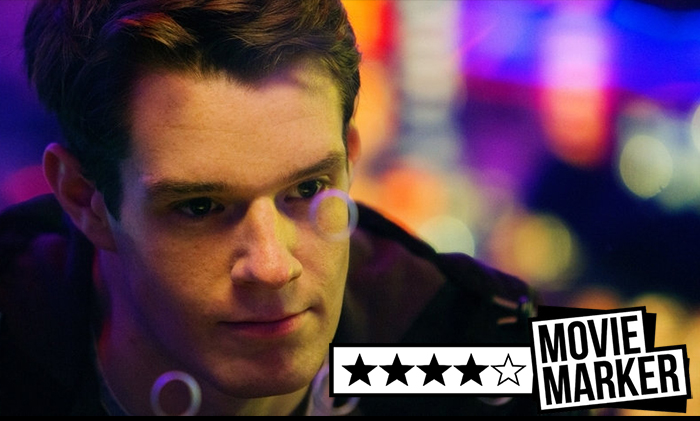 My best kept secret – I’m actually from Essex. Not fancy TOWIE Essex, but what we call ‘London overspill’ which actually translates to ‘the part of Essex no one knows about.’ This is why I found myself at the opening screening of VS., hailed as the ‘Southend version of 8 Mile’ at this year’s BFI London Film Festival; I couldn’t resist a visit home.

Adam is a foster kid who has had to be re-homed numerous times due to his struggle with anger management and behavioral issues. The film opens with him moving back to his birthplace of Southend-On-Sea. It turns into quite a poignant coming-of-age tale about searching for identity; starting with his intense obsession with finding and confronting his birth mother (Emily Taafe) and developing in his rite of passage through the world of rap battles and inclusion in the close-knit social group.

Connor Swindells plays Adam and it’s a bold task which he faces fearlessly – the troubled teen finds solace in writing rap material and soon starts using it as an outlet for his complex frustrations with life. Throughout the film he teeters on the edge of self-destruction; his behaviour is explosive, he is riddled with demons (often using his physicality to depict changes of mood) and he seems to be constantly on edge; adding a delicious tension throughout the story as it unravels.

The rap battle scenes shine a unique light on life in the suburbs. The film is striking in its choice not to be based in London, there’s something that feels fresh in the neon of the arcades and the seafront strip looks eerily beautiful, with an ever-present, claustrophobic grey expanse of the sea penning in the youth living there.

Fola Evans-Akingbola (Game of Thrones) plays Makayla; an arcade worker by day and rap battle producer by night. She acts as a guide into the underworld of rap and brings weight and energy into the role. The cast is very diverse; and made up of a mix of established and rising talent.

It’s engaging, thoughtful and delicate; a great debut from Director Ed Lilly and one that seems to have been made with a lot of love, care and attention. It’s exciting to see what he brings to the table next.