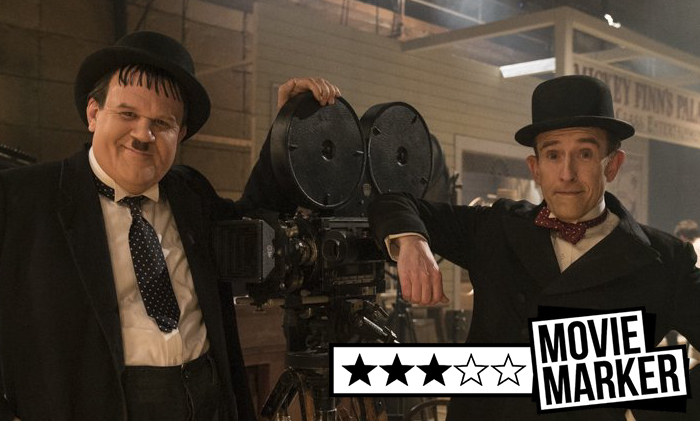 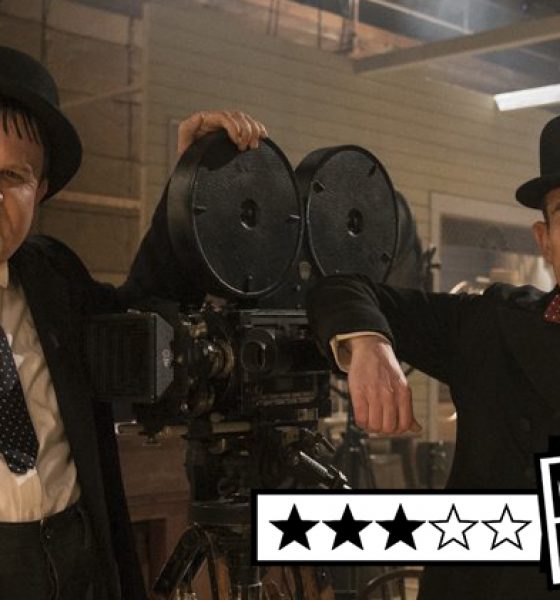 Products of classic Hollywood whose superior slapstick routines triggered endless laughter from their legion of fans, propelling them to legendary status. The sheer physicality and comedic prowess displayed by the English/American duo of Stan Laurel and Oliver Hardy, still puts many modern-day efforts to shame.

But like so many comedians, there is a tragic element to their careers that contradicts their profession. Through this solid biopic by Filth director Jon S. Baird, it looks to give us a poignant insight into the duo’s grueling twilight years.

Their popularity slowly dwindling. Their bones creaking. Whether on the big screen or the stage, Laurel (Steve Coogan) and Hardy (John C.Reilly) are suddenly not the hottest ticket in town in the early 1950’s. Lumbered with Rufus Jones’ Bernard Delfont, a wisecracking promoter who seems more invested in the likes of Norman Wisdom, they look to reignite interest with a lengthy theatre tour and a long-gestating film project. Yet with audiences middling, contract negotiations stalling and the workload far beyond what was expected, it puts a significant strain on the health and friendship of these two towering talents.

Inevitably with its story, you would expect ‘Stan & Ollie’ to be assured in its abilities to make you laugh. However much of the first half feels surprisingly stilted as Coogan and C.Reilly throw themselves into the pair’s much-beloved routines, with regular cutbacks to their adoring audiences. For the uninitiated, it may initially make you wonder what the fuss was about. Thankfully as the film’s supporting players are introduced to spar with our central characters, it finds a more consistent comedic rhythm, neatly intertwining with the film’s simmering emotion.

Whilst it’s undoubtedly a few visual flourishes away from being a formulaic BBC Christmas special. The admiration of S.Baird for Laurel & Hardy certainly shines through in its refined production, beginning with an exquisite tracking shot on a studio lot as he works his way through the duo’s masterful mischief with fondness.

The rapport between John C.Reilly and Steve Coogan anchors proceedings wonderfully, skilfully capturing the mannerisms and effectively articulating how dependent they are of each other, despite their ongoing disputes. In C.Reilly’s Ollie, his fully-fleshed turn pierces through the fat suit he wears, whose willingness to perform despite failing health is soul-stirring. Whilst the relentless nature of Coogan’s Stan, as he looks to churn out the material strong enough to breathe new life into their double act, makes for compelling viewing. The real danger posed however, is that the film’s main attraction are nearly upstaged by their witty wives, with Shirley Henderson’s Lucille and Nina Arianda’s Ida threatening to steal every scene they grace.

Entertaining enough to gently applaud. Yet perhaps not an act that quite raises the roof. ‘Stan and Ollie’ coasts by on its endearing nostalgic charm and committed performances.