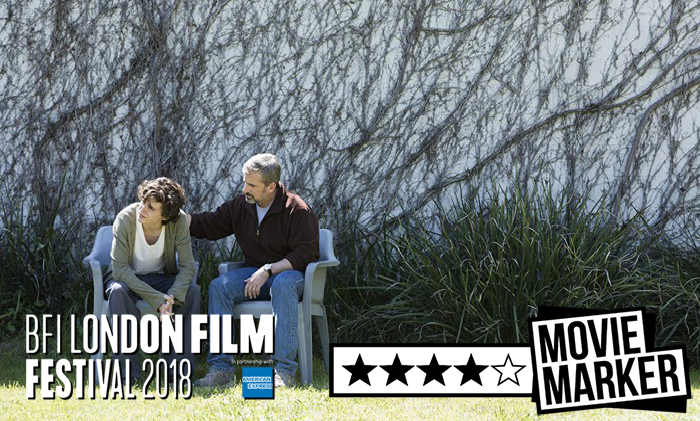 It was his tender infatuation with Armie Hammer’s sun-kissed research assistant, in the exquisite Italy-set romance Call Me By Your Name, which allowed Timothee Chalamet to emphatically march into many a cinema goer’s heart. Now he seems determined to shatter them in this affecting portrait of a young man torn apart by crystal meth addiction, based on the best-selling memoirs written by David and Nic Sheff.

Fusing the separate father and son perspectives into a singular vision. Felix Van Groenigen’s Beautiful Boy plays out like a slideshow of a photo album, leaping between various stages of Nic’s (Timothee Chalamet) upbringing in San Francisco, with the emotional pulse of the film quickening as his troubles deepen.

Applying significant strain on his relationship with his dad David (Steve Carell), who goes to remarkable lengths to garner a thorough understanding of this drug epidemic and how it tortures one’s self in both body and mind, whilst his son struggles to articulate his emotions. It only ripples throughout the family unit, slowly severing the ties with stepmother Karen (Maura Tierney) and Nic’s LA-based birth mom Vicki (Amy Ryan). Encompassing them all is a real air of desperation, as they look to salvage their home life and drag their eldest back from the brink.

Arguably intentional to mirror the often disorientating state of Nic. The narrative structure adopted by Van Groenigen allows heady highs of intimacy and unflinching honesty, making continuous leaps within the time frame. Yet it does hamper the film’s early attempts to build emotional momentum, surprisingly leaving you distant as you look to engage in this family’s plight. The musical choices seem intent to compliment this approach too and whilst some are inspired in their beauty, there is the occasional song that creates a sense of intrusion.

A theme that is prominent throughout Beautiful Boy is the perception of control, established by Nic’s growing discontent towards David and Van Groenigen utilises this visually in its confined and open-aired spaces. One fine example being through an intense cafe exchange, as Nic laments the great expectations placed on him, with both figures captured at a lower angle to emphasise their descent into hopelessness. What becomes clear and almost tangible is Nic and David are both addicts in their own way, unable to break respective habits and methods in order to move forward.

The great comedian who for me has become superior in far more dramatic works. Steve Carell is quietly impressive as David, remaining remarkably centred as he’s driven down a road he never envisaged for his son. With such a sharp focus on the father/son dynamic, Maura Tierney and Amy Ryan are somewhat sidelined, but both provide moments of potent poignancy when called upon. Of course, the film truly belongs to a devastating Timothee Chalamet who is fearless in representing the true horror and heartbreak of such a debilitating condition.

Brimming with sensitivity in its handling of an admittedly brutal subject matter. Beautiful Boy is painstakingly brilliant in its sincerity and authenticity.

To quote the trailer. When Carell and Chalamet share the screen. It’s… everything.