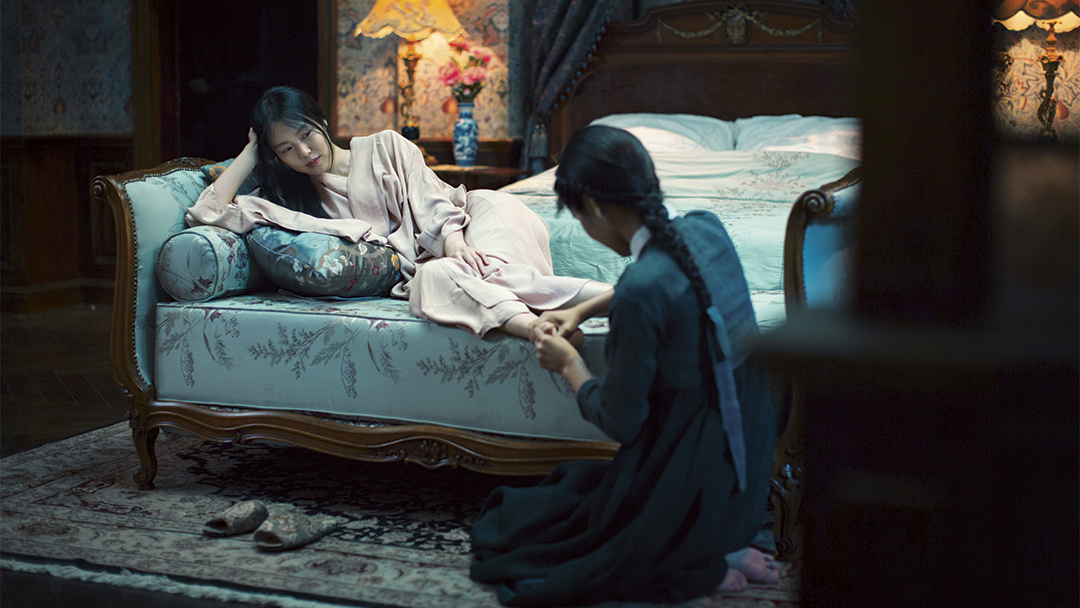 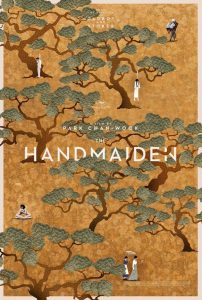 “I’m an educated pervert” is how Park Cahn-wook introduced this film, which marks his return to Korean cinema after Stoker.

Whilst that may feel like a rather provocative statement the film has levels of sexual content that would back it up, but sex aside the film is another lush looking, laugh out loud funny and luridly violent addition to Chan-wook’s catalogue.

Inspired by Welsh writer Sarah Waters’ novel Fingersmith, The Handmaiden relocates the narrative from Victorian England to 1930’s Korea, which is under Japanese colonial rule.

A young pickpocket is enlisted by a smooth con man claiming to be a count, to work as a handmaiden for a wealthy heiress. Isolated in a mansion under the watchful (and pervy) eye of her uncle the heiress hopes for an escape, and when her new handmaiden arrives things become complicated with romantic feelings trumping the plans of the con.

Chan-wook is a master of blending his signature visual style with drama of the highest order. Bravura camera moves and set pieces stun and the tone of every scene is played exactly as he intends with each flowing into the next with a rhythm and pace that belies its running time.

The period setting calls for a certain level of detail and production designer Ryu Seong-hie has let her imagination explode onto screen with sets that ache with period detail. It’s a film that can be enjoyed with the sound down.

But with the sound up you get to revel in Chan-wook’s intoxicating spin on themes of revenge and sensuality.

The eroticism is at the foreground and humour creeps in below the surface, and finally when the sex and salacious energy feels like it has dissipated there are twists, turns and so much seductive use of the camera that objects start to take on a whole new meaning. Gloves, lollipops, hairpins and ice picks all start to feel charged with something electric.

To me Chan-wook is cinematic royalty, his output is of the very highest order so it is a treat to watch him playing in his Korean toy box again but if the film has flaws it’s that sometimes this can feel slightly self indulgent. Some of the sex scenes feel overlong, voyeuristic and slightly unnecessary, and the ending doesn’t have the impact it should but these are minor flaws on a first viewing.

Chan-wook has delivered another exquisite and thrilling story that like the very best cinema transports the viewer to a world away from his or her own.

It poses questions and left others and myself in deep discussion afterwards. The very best Korean cinema always does that and great cinema should too.