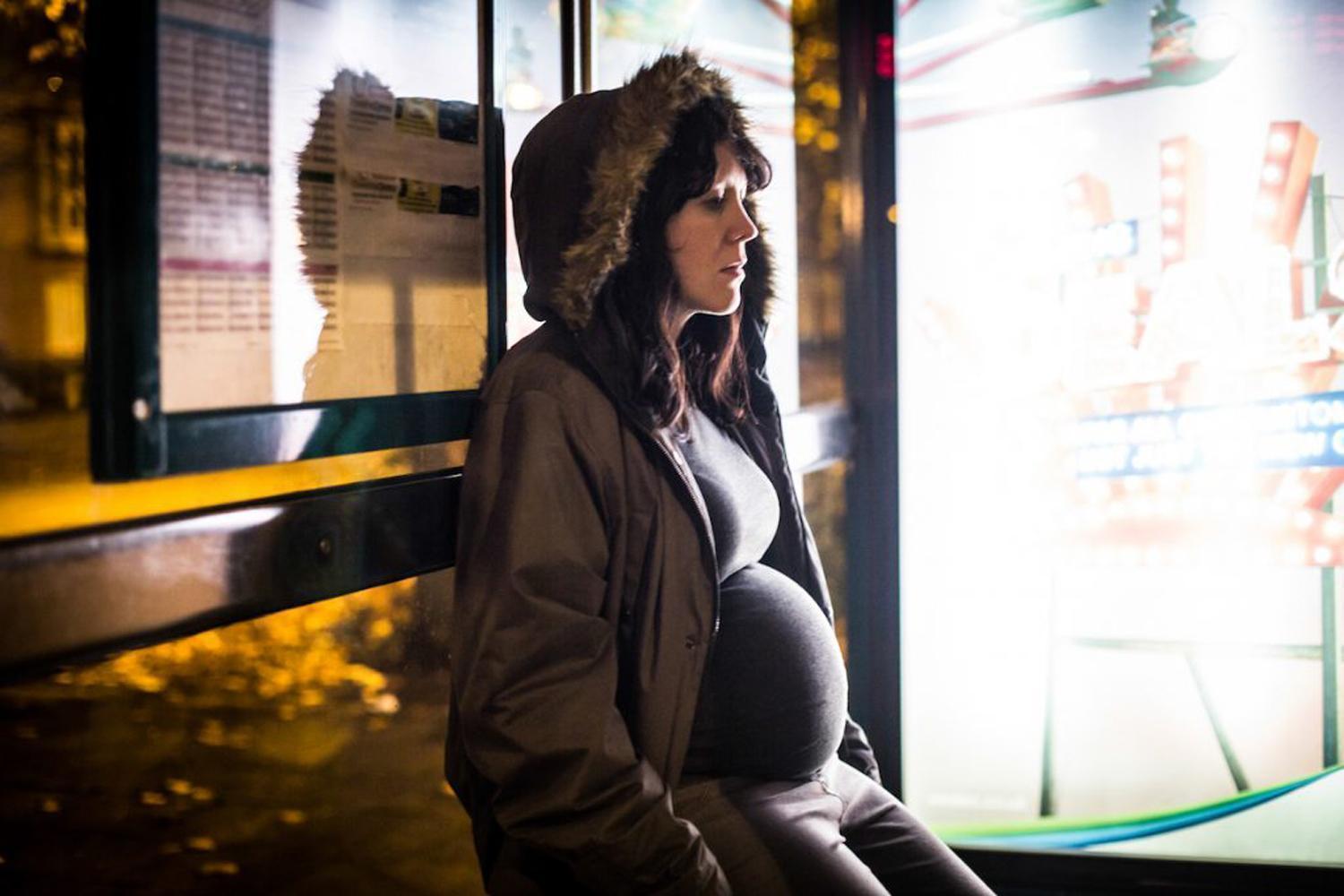 Not since Who Framed Roger Rabbit or Baby’s Day Out have I seen a baby taken center stage, cause as much mischief and deliver such acerbic dialogue as the baby in Prevenge.

And as it is seen mostly as a bump and heard as a creepy and cloying voice it is some feat to build a film around this almost phantom presence.

But it’s not entirely Phantom.

If that wasn’t enough to peak your interest, then I should probably mention this baby is a manipulative murderous mastermind.

Alice Lowe (Sightseers) has taken a look at the pregnancy handbook; decided it needed a new chapter and delivered an insane and insanely funny directorial debut.

Ruth is a heavily pregnant, recently widowed woman on a mission. Driven by the voice and orders of her unborn baby, she tracks down those she feels responsible for her partner’s death to exact a special kind of revenge.

The results are darkly comic, crazy; sometimes cringe worthy, controversial and even chilling.

This is a comedy that sometimes steps so far into the wrong it creates its own version of right, and you feel lucky to be watching something so twisted.

The humour is laid on in spades but there is a seriousness to the riffs on the idea of happiness, loneliness, love, lust and of course, motherhood.

All of these themes are weaved into an economical, efficient and engaging script that sets up its premise intriguingly and hurtles along with glee and gusto.

Blood is spilled but a truth and fearlessness from Lowe herself takes the film in directions you don’t expect.

It is the best kind of comedy, cutting and cynical but also charming and cute.

The hilarious murders are often bookended with a moment of truth; a reality check that reminds us there is more to it than blood and guffaws.

The real delight in watching the film is watching with the knowledge Lowe was pregnant at the time of filming. Her pregnancy was written into the script as a way of making the film in a limited time frame, before she gave birth and that sense of honesty, fearlessness and urgency simmer beneath the surface of her performance.

Shot beautifully by Ryan Eddleston, supported by an unnerving score, the film plays perfectly as a comedy, thriller and (at times) horror.

The murders Ruth commits follow some of the biggest laughs you’ll have in a cinema this year, but are played straight, brutal and bloody. Here we are reminded that Ruth is a woman on the edge, with a mission, and a taste for killing.

Prevenge is a fine addition to Lowe’s catalogue of complex comedic creations and she deserves plaudits for creating something so tight, lean and entertaining within such a short time frame (the shoot was 11 days).

I laughed as much as I winced. Squirmed as much as I spluttered, and had a lot of fun. Like the baby driving the plot Prevenge is a beautiful and twisted little gift

The Lion In Winter – DVD Review