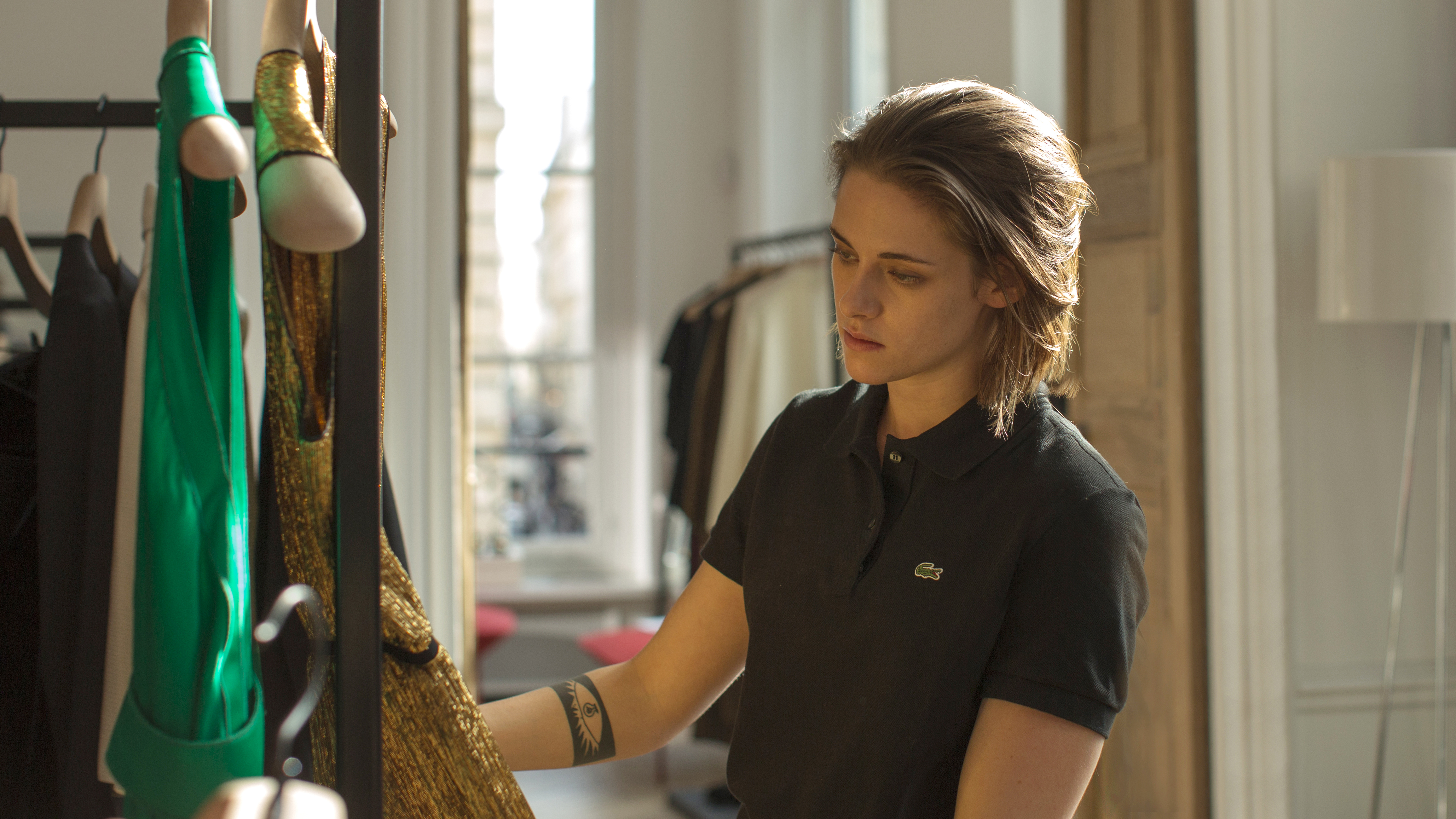 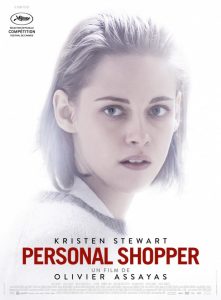 Until recently, Olivier Assayas’ ‘Personal Shopper’ was in danger of sinking without trace in the UK.  Metrodome had signed it up, but the company’s sad demise threw all that up in the air and it was some weeks before a new distributor was announced.  Icon will release it in early March next year.  All of which begs the question of whether or not it’s been worth waiting for.

Maureen (Kristen Stewart) is in Paris, working as a personal shopper to a high profile celebrity who’s nothing short of a nightmare.  And she hates her job.  She’s also a medium, trying desperately to contact her recently deceased twin brother on the other side.  Her attempts aren’t successful, but then she starts receiving mysterious texts which lead her to believe that she can still get back in touch with him, which she longs to do.

It’s a story that starts out with promise, looking like it’s going to be about the contrast between the materialistic nature of her job and the emotional side of her life.  But it’s not and it doesn’t go anywhere much.  We see one of the spirits she contacts, an especially malevolent one, so there’s a large part of the film that’s a ghost story, set on the fringes and less than glamorous side of the fashion industry.  From a ghost story, it moves to being a murder mystery, and a particularly unconvincing one, although the unsettling effect of receiving anonymous text messages is effective enough.  That might have something to do with your knowing who the culprit is right from the very start.

Assayas’ previous offering, ‘Clouds Of Sils Maria’, was  equally enigmatic.  It also starred Stewart, again hovering on the edge of the lives of the fabulously rich and famous.  But, with more rounded characters, excellent performances and a complex relationship at its centre, it was a more satisfying proposition.  We don’t get that here.  Not that Stewart isn’t a strong enough actress to carry the film.  She is, but her character isn’t and she always seems isolated, even when in the company of others.  She seems to exemplify the idea that being a medium or having similar powers isn’t so much a gift as a curse.

There’s another similarity with ‘Clouds Of Sils Maria’ and one that leads to even greater frustration.  Assayas’ trademark style of editing, leaving his audience in mid-air with and abrupt scene ending or a fade that seems a couple of beats too early.  It seems more exaggerated here and it’s never wholly clear whether he’s trying to get us to think for ourselves or is just showing off.

I was so perplexed by ‘Personal Shopper’ I decided it needed to roll around in my mind for another 24 hours.  Some movies just need extra time.  But the upshot is that I’m none the wiser. If anything, I’m more baffled than ever, especially given Assayas’ track record.  Make of the film what you will.  There are plenty of people who think it’s wonderful.  I’m just not one of them.