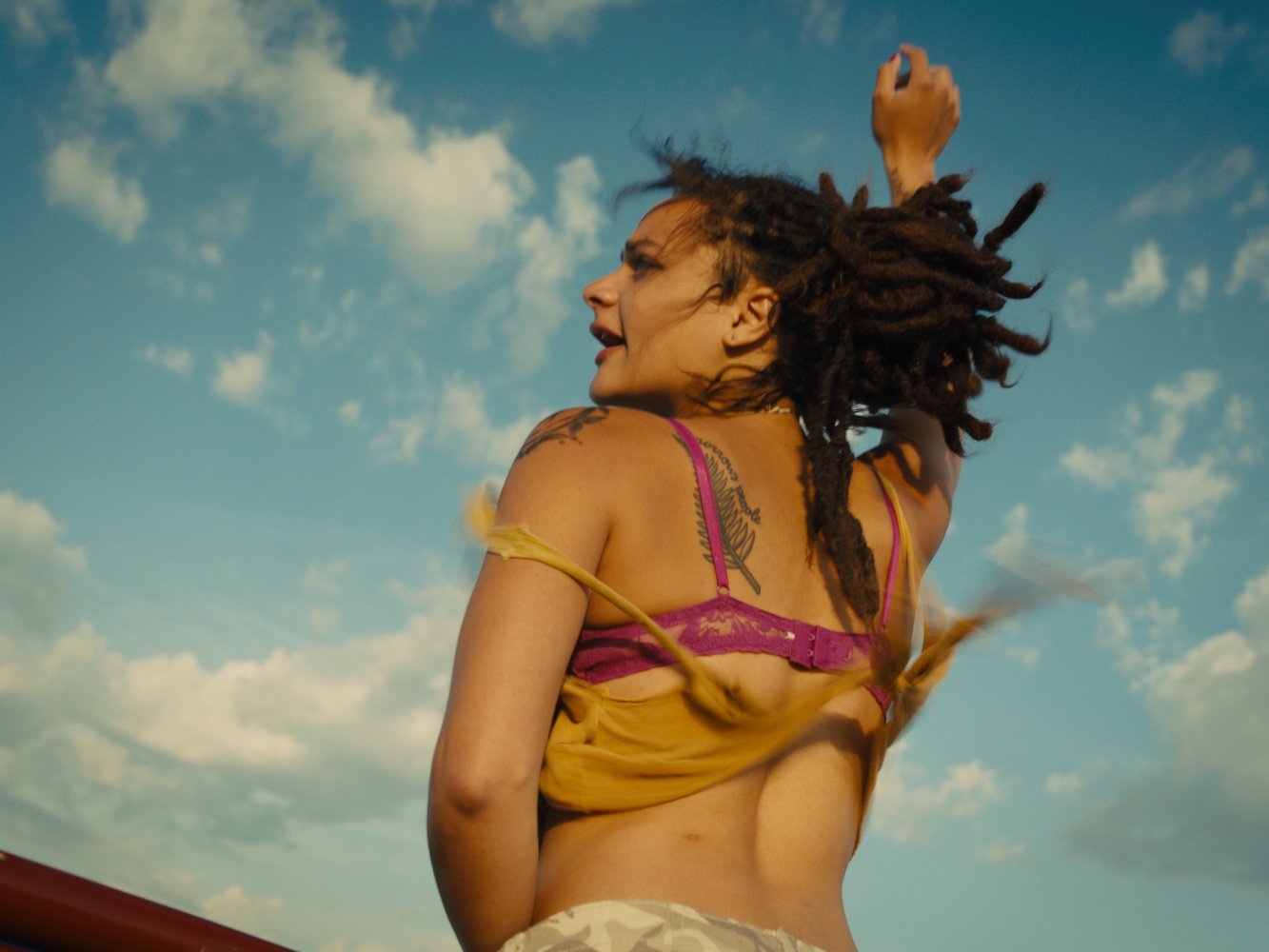 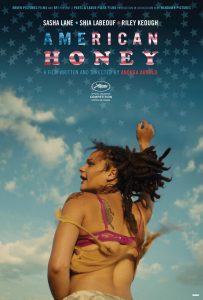 The long – and sometimes winding – tradition of the road movie gets a revival at this year’s London Film Festival in the shape of Andrea Arnold’s Cannes Jury Prize winner, ‘American Honey’.  And there’s an early flavour of what to expect when two of the main characters look significantly into each other’s eyes.  To the soundtrack of “We Found Love In A Hopeless Place” at a Walmart checkout.

They’re teenager Star (Sasha Lane) and Jake (Shia LaBoeuf), one of a crew of young people selling magazines door to door.  She’s walked out on her partner, left her little brother and sister with their less than maternal mother in the hope of joining the gang.  She gets the job and it takes her on a journey that covers mile upon mile of open road between major cities, where she learns more about herself and life in general.

In itself, the idea of a road movie is hardly breaking new ground.  Over the years, they’ve developed traditions all of their own: drink, drugs, sex, stolen cars, swimming pools, gullible wealthy people and more.  And every single one of them is in this film, although so much emphasis is placed on drink and drugs that it’s repetitive to the point of monotony.  It’s impossible to escape the feeling that we’ve been down this road before and more than once.  And that’s because we have, except this time it’s the 21st century and it’s today’s kids.  That, though, is where the difference between this and other road movies ends.

That’s not to say that the film is all bad.  The camera work is a plus point, displaying director Andrea Arnold’s taste for strong images.  There are plenty of them and, to give things a contemporary edge, she’s gone for a 4:3 ratio, giving us an almost square screen.  The camera is almost always hand held, so the overall effect is of something shot on a mobile phone.  That means energy and spontaneity. But ‘Tangerine’ did it first – and used real mobile phones.

But here’s the sting in the tail.  The film is just 20 minutes short of three hours and, if the rest of it was as good as the cinematography and the acting, it wouldn’t be a problem.  But it doesn’t come close.  It’s repetitive – selling magazines, raving it up at night, drink and drugs on the road, round and round again – and as tedious as Shia LaBoeuf’s silly plait, which looks like it was just clipped to the back of his head.  Which it probably was.

It’s a massive disappointment, given Arnold’s reputation.  We know she can do tough, edgy and impactful – but it’s all swept away under a mass of rambling tedium, bringing nothing new to the genre.  This honey most certainly isn’t sweet.

LFF 2016 Review: Manchester By The Sea