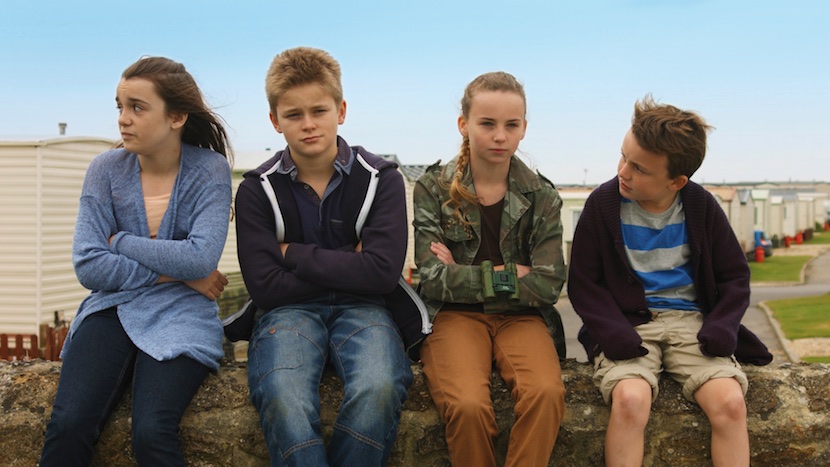 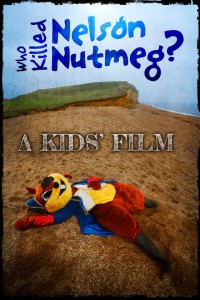 The biggest mystery of the BFI London Film Festival this year is not who is responsible for murdering a humble holiday camp mascot, rather why the programmers decided to grant a press screening for Who Killed Nelson Nutmeg? but denied the much-ancitipated Goosebumps that same privilege.

Shot on a microscopic budget – partially funded by Kickstarter – and sporting a tiny, predominately unknown cast outside of Bonnie Wright (most famed for her recurring role as Ginny Weasley in the Harry Potter franchise), directors Tim Clauge and Danny Stack’s offering is a crime mystery for little-ones.

Nelson Nutmeg – the lovable squirrel mascot of the British seaside caravan park – is apparently thrown from a cliff and immortalised upon a campfire. Sounds pretty macabre for an family picture doesn’t it? Well in fact it is quite the opposite. Clauge and Stack filter their low-fi entry with such benign developments that it actually underestimates their desired target audience.

An ideal title for children of six years and up, the film does offer some smart audio choices and it is clear that all involved had a roaring good time shooting. That natural warmth does burn through the screen and although this is predominantly 80 minutes of poorly acted, illogically scripted tedium, Who Killed Nelson Nutmeg? is at least cute.

The picture clearly suffers from its restricted budget. Given the number of inexperienced children in the cast, the luxury of a longer shoot might have improved the quality of performances. Billy (Loretta Walsh), her conspiracy theorist older brother Swindon (Jonah Alexander), tomboy military fantasist The Colonel (Hattie Gotobed), flatulence gag fan Shiv (J.J. Brown) and chess nerd Woody (James Grogan) serve as our progressive heroes and detectives. The group have been holidaying at the same low-rent seaside holiday park for years. They grew up loving the crazy antics of Nelson Nutmeg, but now all agree that they are too old for him now.

The biggest problem with the children is not only that they are weak performers, but they are given cliched-laden dialogue to offer. At many points during the film, it feels worryingly reminiscent of Navity! in all the worst ways. Boisterous, confident kiddies who we should find funny and endearing, but they are actually just extremely irritating.

Whilst Wright is easily the film’s strongest selling point, it is admirable that the directorial duo haven’t just gravitated around her performance. She plays the new steely camp manager who puts business ahead of holiday pleasures. Undoubtedly her experience reigns supreme over everyone else involved, but even her prose and performance feels exceptionally pantomime. For a film that has the perfect opportunity to be both fun and engaging, as well maintaining a tone and sense of tension – discovering who did kill the mascot could serve as smart, exciting viewing for slightly elder kids – it is more than happy to gleefully run around making fart jokes. A missed beat no doubt.

Who Killed Nelson Nutmeg? will likely bring a smile to some faces, but it isn’t serviceable enough across the breadths of the family genre to be both appealing and interesting for wider age groups. As debut offerings go, it could be worse, but here’s hoping Clauge and Stack become more forward-thinking with their second helping.