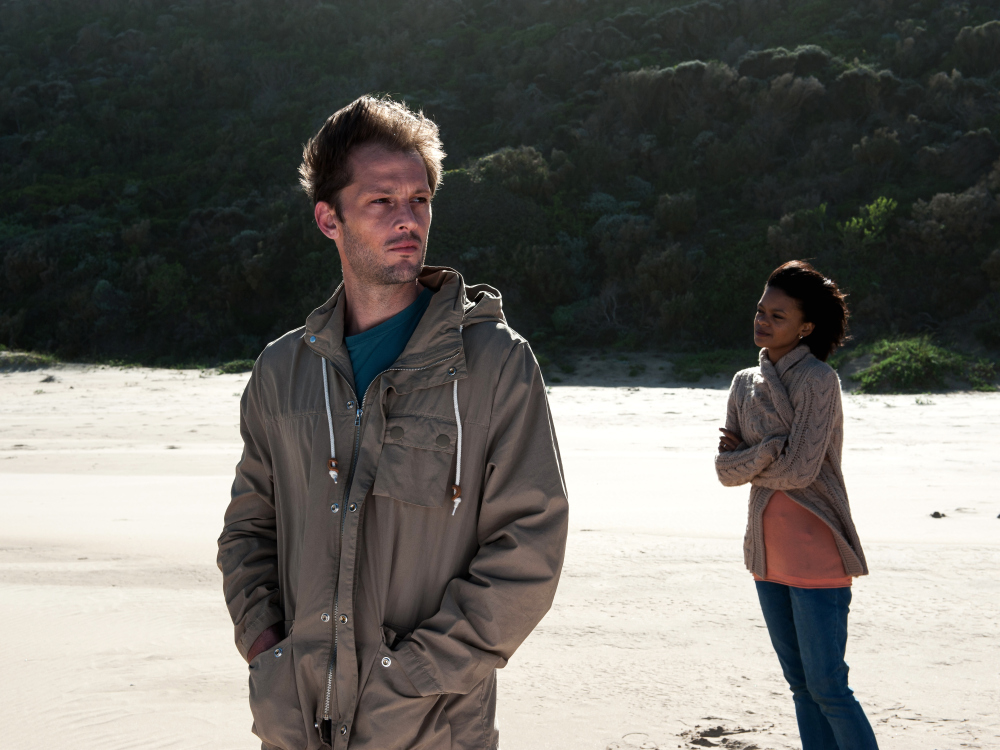 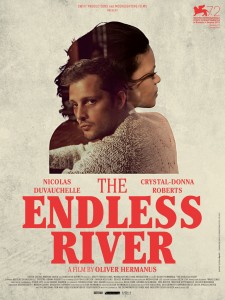 This leaden-paced South African melodrama about a horrific crime and the repercussions of such act is beautiful to digest aesthetically, but serves as a heavy-eyed experience for tired critics who’ve been firmly seated in folding chairs for hours on end the past few days.

The Endless River sees ex-con Percy (Clayton Evertson) being released from prison after serving four years for armed robbery. He is met by his loyal wife Tiny (Crystal-Donna Roberts), a waitress at a gas station diner. They live with her fiery Aunt Mona (Denise Newman) who is frankly sceptical of Percy’s stated intention to reform and become a good husband. Meanwhile, Gilles (Nicolas Duvauchelle), a Frenchman arrived in South Africa with his young family, strikes up a friendship with Tiny at the restaurant where he goes to eat.

At home with his children and wife, there is an air of tension at the dinner table, and in the light of this, it is apparent that the flirting with Tiny is indicative of some dissatisfaction at home. He leaves the dinner table and the house in a huff and while he is away the house is invaded by three masked men, who rape and murder the wife and kill the children. Gilles is devastated; now merely a hollowed out man full of nothing but rage and grief, laced fatally with guilt. His contempt for the local police and his helplessness leads police chief Groenewald (Darren Kelfkens) to give him the name of a man recently released from prison who he thinks a likely suspect in the crime: Percy. The plot is set up for a tragedy of errors, love born in grief, remorse and suffering.

For a title with such a demanding, palpable narrative – one entirely formatted with sin and evil – it is immeasurable just how dull Oliver Hermanus’ latest is. Lingering longingly in the bespoke and ethereally sumptuous environments, The Endless River is deeply meditative as opposed to disarming. It lulls and bathes in the lyricism and irreverences of Chris Lotz’s ravishing cinematography, but never strikes the correct, profound chords.

Despite a native piece from South Africa, Hermanus’ direction and his meandering script feel more suited to a Spanish romance. The desperation to swell and enrapture is certainly there, but it seems so vastly inappropriate and misguided that it become increasingly difficult to care. A solid central performance from Donna-Roberts anchors the emotion to a point, but it isn’t long before the weight is lifted and we are suddenly drifting upstream at a methodical pace once more.

When the harsh beats finally sprout to the surface, there is no denying that a sting arrives with them, but likely the reaction is more because the brief moments pull you from the prolonged haze as opposed to being truly shocked or affected by the visuals. It also has some extremely bizarre creative choices editorially. The film is broken up into three chapters – each with their own avant-garde styling and hipster font (an increasing regularity in postmodern cinema) – which are supposed to tell the story from the central trio’s outlook respectively, except this doesn’t happen. The Endless River is not an episodic picture in the slightest; it is far too deliberately paced to even suggest such formatting. Rather than breaking up the narrative form and filtering the story through different shades, it just feels like a pretentious last-minute addition.

Hermanus makes up for sluggish narrative construction with his direction. Although desperately slow and impossible ‘arthouse’, his lens does capture some impressive scenery and his eye for mine-en-scene must be commended. Even when the scale expands greatly, his camera still captures the events with intimacy and purposefulness. The problem is that what he is so expertly presenting visually doesn’t pair up with what he is attempting to convey emotionally.