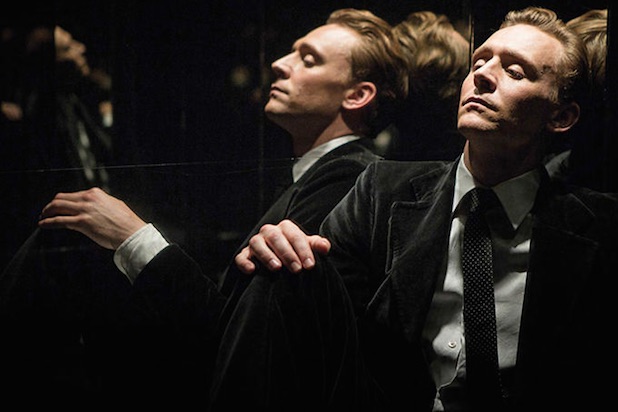 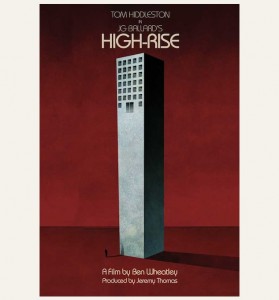 Ensuring both style and substance in adequate measure is a supremely difficult balancing act. For an filmmaker such as Ben Wheatley, it is usually something that comes naturally – the sole emphasis on ‘usually’.

Breaking away from original concept material, he and frequent collaborator Amy Jump take a nose-dive deep into J.G. Ballard’s deemed “unfilmable” dystopian novella High-Rise, and produce an adaptation which entirely supports the claims of the literary universe.

Tom Hiddleston stars as Dr. Robert Laing, a new resident in the titular building complex. Designed to be all-encumbacing for its tenants, the high-rise offers luxuries such as a pool, a supermarket and even a school. Divided upwards via class – the poorer or ‘lower’ reside at the bottom whilst the richer or ‘higher’ enjoy room at the top, Laing finds his apartment is somewhere above the middle; at the fringes of wealth, but still close in contact with the lesser-priveleged.

Soon self-contained life inside the tower takes hold of humanity’s primitive urges and an onslaught of criminality, debauchery and hedonism ensues. As the lines blur between social hierarchies and indeed reality, we witness the cold, calculated undoing of our inner self.

Across the festival, High-Rise has been dubbed as a ‘Marmite’ film by many critics; often stating it needs a few days to reflect upon before reviewing. Well, this critic saw the film five days ago, exiting the cinema vocally expressing how downright abysmal it is, and that opinions hasn’t altered even slightly across the ‘digestive’ period…

For starters, Wheatley and Jump have the audacity to try and fool viewers into thinking they are watching something built with intelligence; a comprehensive construction of how we as humans consume our surroundings, culture and social stance, and indeed how that has a potentially detrimental impact on our subconscious. No, what you are actually watching is a snooty-nosed matriarch riding around on a horse upon a rooftop terrace before asking a room filled with men to put their genitals in her rear.

Nothing remotely thoughtful, meaningful or fundamentally ‘important’ happens in a single frame of this atrocious, desperately ugly and seemingly endless visual assault. It outstays its welcome by a solid 40 minutes because Wheatley just cannot get enough of you rolling around in his filth, and it isn’t good filth either.

The sex, drugs and violence are so incoherently directed and palleted that you may as well just aimlessly stare at a Jackson Pollack painting for two hours. For a cinematic craftsman to shoot and present a work of this unfathomable idiocy should rightfully damage his career, but of course it won’t because a gaggle of pretentious know-it-alls will deem those who reject High-Rise as ill-informed.

Whilst Wheatley’s camera whips and thrashes like it’s being shot by a five year-old, Jump is busy enabling the absolutely stunning cast to spit mind-numbing dialogue. So underwritten in character and hideously overwritten in exposition. She fuels this egotistical abomination into the depths of oblivion and it is apparent after about 15 minutes that this film can never, ever come back to something worthy of your time.

Collectively the performances are average at best. Jeremy Irons is given so little to do that he is fundamentally redundant, and in truth his character – the creator of the building and the curator of the raging chaos – is probably the most important progressive figure in the entire project. Sienna Miller is adequate as Charlotte; the mysterious and alluring woman-above to Laing who seems to have been sexually involved with every man and mammal in the place. Elisabeth Moss is the best of the supporting bunch (obviously) and her character actually has some narrative focus. Her kindly but over-crowded mother is ready to have yet another baby, and we see transitional shifts in her behaviour and outlooks. If you want to see a truly GREAT Moss performance in a truly great picture at London Film Festival, watch the mesmeric Queen of Earth (our review can be found here).

Luke Evans is likeable as the slowly-unhinging Wilder who relishes in the deterioration of the upper-class. Hands down the film’s finest scene sees Wilder armed with a legion of little-ones invading a private swimming pool party for the rich folk. As for Hiddleston, well he handles the charming and efficient gentlemanly qualities with prowess, and he gives Laing an awkward grey shade as he remains somewhat neutral to the roaring wars across multiple levels, but Jump’s vapid, self-obsessed script taints his efforts from being truly memorable.

High-Rise’s singular benefits thematically are some assured usages of sound and score. It enthuses cliched but cool 70s tracks into the diegetic framework which renders the scene with a sense of place far better than the crummy, limp production.

With drab colour pallets, inane prose and a stupidly tedious set, you’d think when claret starts flying, paint starts splashing and drinks start flowing, Wheatley’s film would become more arresting and intoxicating, but it actually just becomes more childish and downright insufferable. There is always a festival film which one hates, and High-Rise is 2015’s entry.