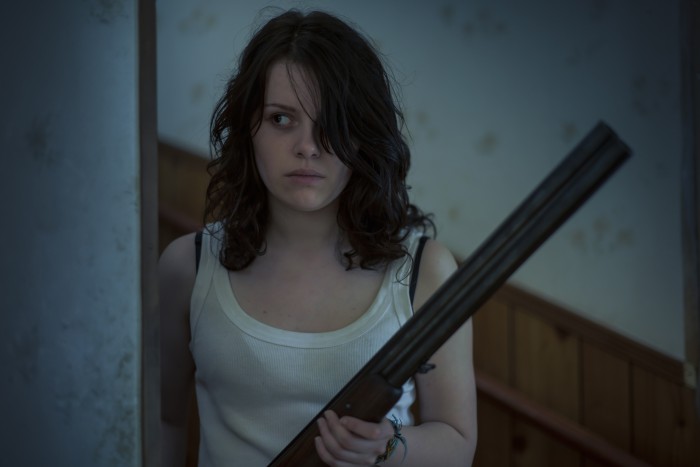 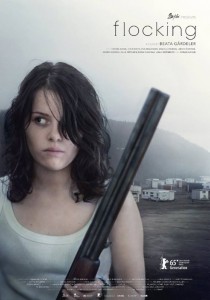 In a similar vein to the staggering Mads Mikkelsen drama The Hunt, this uncompromising portrait of a crumbling community serves as both a bitter-tasting pill and a stark reminder in the manner in which we as a society address criminality.

Flocking is a vivid and confrontational study set in a close-knit community in northern Sweden; a place where everyone knows their neighbour and life is idyllic. However the boat is vigorously rocked when 14-year-old Jennifer claims that her classmate Alexander raped her.

Instead of finding the perpetrator guilty, the community dynamic takes on Jennifer and decides that she is to blame. She and her family are accused of lying, and face the anger of a collective that excludes those who dare to speak their mind. The court and the law are suspended by the flock, and the only thing that matters is to stick with the group or be expelled.

Across a near-two hour runtime, tension cruelly mounts as the narrative progresses forward; quietly clinking and clunking as the overbearing atmosphere renders. Much like Thomas Vinterberg’s 2012 drama, Flocking brilliantly forms the idea of a witch-hunt – it is far easier for those inside the social environment to join forces with the largest, loudest crowd rather than standing up for the little man.

Throughout the film, rarely does Fatime Azemi’s Jennifer make a fuss vocally or psychically. For someone who has pleaded rape – a heinous, hideous crime – she is remarkably passive and nuanced for a person so distraught; as if she isn’t sure of herself, or isn’t willing to enforce further drama to a melting pot that is already bubbling.

Beata Gårdeler’s film is unrelentingly grim and brooding. It hangs inside the gorgeous, ethereal Swedish outbacks until they feel decrepit and void of life. It fixates on her wounded heroine densely until all the colour and clarity filters away. This is an ambient and poignant film visually, and an unmistakably ugly one thematically.

Flocking’s excellence comes from its contextual projections: a murky, grey-absorbed collage of sexual assault, and the means in which societies consume the knowledge of an attack in their vicinity. It pries on our deepest, most intimate insecurities and force-feeds the idea of ‘innocent until proven guilty’ tenfold. It is likely that some viewers will struggle to watch a piece in which someone supposedly attacked in this manner can be projected under negative light, but this saddening, twisted notion is perhaps the most realistic reflection offered.

Much like any act of criminality, the film fails to supply audiences with a clear, coherent conclusion. It is very much up to interpretation which after enduring the emotionally draining assault for 110 minutes, feels a little coy. After posing many tough and confrontational questions, leaving a number of them unanswered makes you question Gårdeler’s motive for actually making the film.

The central performance from Azemi is remote and expressive. She carries scenes with lingering dread and her quaint nature resonates as loud as thunder. Audiences become greatly attached to her and the ordeal of which she claims, despite popular opinion elsewhere in frame.

Flocking is undoubtedly a commendable film, if one that isn’t wholly sure of itself. Much like Jennifer, it wallows in ambiguity which equally aids and taints the viewing experience. Most certainly tough to watch, but worthy of such effort.