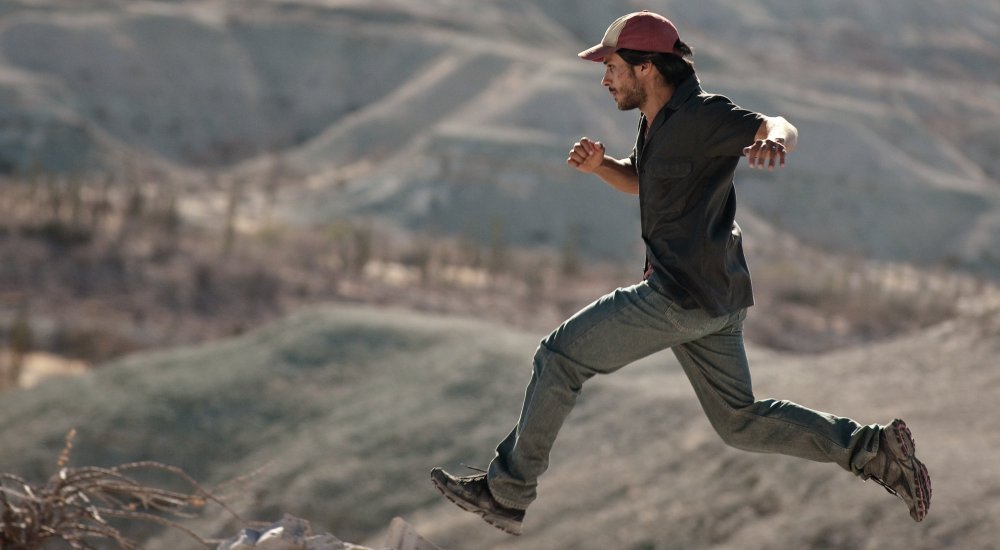 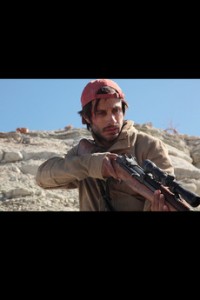 Sometimes talent isn’t an inherent family trait. Whilst father Alfonso has been responsible for some of the more memorable features in recent years – namely Gravity and Children of Men – son Jonás returns to the business arrives with a resounding fall from grace.

Desierto is a pulpy but entirely single-note cat-and-mouse thriller. The ever-brilliant Gael Garcia Bernal stars as Moises, one of a truck-full of immigrants trying to cross the border from Mexico to the United States. Forced to make the final dash on foot after the vehicle break down, he finds himself entangled in the awaiting perils which arrive in the form of Sam (Jeffrey Dean Morgan); a racist with a horrendously misinformed idea of patriotism. Engaging in a relentless pursuit, Moises must make a desperate attempt to survival and freedom trapped inside the harsh and unforgiving deserts.

Whilst captured with heavy, muscular force, Cuarón’s sophomore feature is so desperately void of depth that it becomes impossible to care for the struggle. We have seen border plot conventions so frequently in the past decade that the rhythm Desierto runs to feels recycled and vapid. You only have to look at Denis Villeneuve’s impeccable Sicario to understand how this subtext has to be handled. That has tension, intelligence and originality in spades, whilst this Official Competition entry is merely a feeble shadow.

That isn’t to say there isn’t some merit; for starters, the brutality of the framing and overtly direct approach to violence is alarming. Pleasing to see the truth conveyed in a dense, visceral manner somewhat aids the contextual redundancies. The biggest problems Desierto cannot escape from is familiarity, and that isn’t just in terms of narrative function, rather it’s structure.

Considering the entire 94mins is practically a chase, Cuarón extinguishes tension after about 25. So breathless is his film initially that the steam begins to disappear before we enter the truly breakneck portions. There is only so much footage of Garcia Bernal sprinting, panting, looking over his shoulder before the spectator feels as though they are being screened the same frames time and time again. Sometimes singular environments work perfectly for tension – like fellow London Film Festival competitor Room – but here it is a clear indication of budget limitation and perhaps studio confidence too.

Dean Morgan’s ferocious, penetrating villain is the celebration on offer; a skewed and chilling rendition of Javier Bardem’s hitman in No Country for Old Men, but the underdeveloped screenplay from both Alfonso and Jonás delays him from being particularly memorable. A similar story can be told for Garcia Bernal who although provides a sincerely psychical performance, is still vastly singular and lacking required rendering. Considering this could have been both a white-knuckle thriller and a poignant, tragic presentation of our ongoing migrant crisis, Desierto misses some serious beats.

The sporadic setting too should burn with fear; no real entrance or exit, severe lack of essential resources – dehydrated, sunburnt and quickly weakening – but again, it isn’t exercised enough. The cinematography kicks up dust rather than plunging you head-first into it. The captivating score is a plus, and the thrashing percussion does ramp up principal sequences, but rarely does Cuarón enable his latest to be truly teeth-in-fist entertainment.

There isn’t a chance in hell that Desierto will win the Official Competition, and although Room is a worthy winner, that’ll likely miss out too. The best guess is Lucile Hadžihalilović’s aquatic body horror Evolution (of which one has yet to see sadly). Perhaps I should have caught that rather than this…