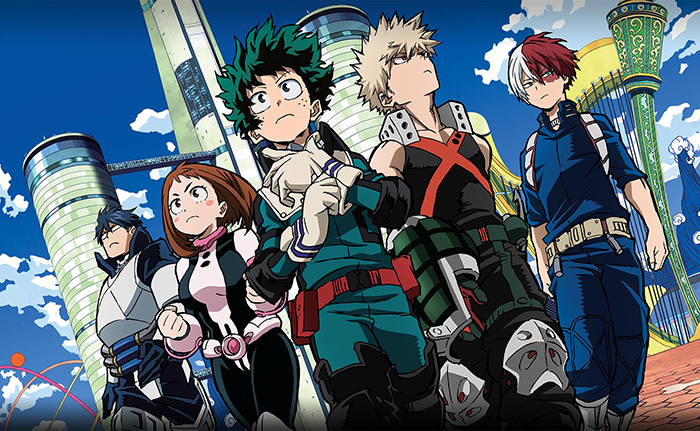 Legendary, whose absorption into China’s Wanda Group have seen them pivot to becoming a Hollywood studio with an Eastern focus in recent years (their so-called Monster-Verse and Pacific Rim titles being prime examples), has announced that they are set to adapt popular manga and anime series My Hero Academia to the big screen.

The live-action feature, based on the Japanese smash-hit success (known locally as Boku no Hīrō Akademia), will tell the story of Izuku Midoriya – a boy living in a world where 80% of the global population are born with superpowers (labelled ‘quirks’), who is born devoid of any abilities himself. Obsessed with the heroes around him, he one day risks his life to save his childhood best-friend, and is then gifted with a fraction of super-strength by the world’s greatest superhero All-Might (a Superman analogue). With his new-found quirk, he is inducted into U.A. High School (an academy designed to cultivate the next generation of superheroes) and faces off against the League of Villains.

The adaptation seems to be a genuinely clever move from Legendary, who are shifting their production model and attempting to kick-off franchises with brand-recognition and longevity. They’re currently working on Detective Pikachu, starring Ryan Reynold’s as the voice of the Poké-sleuth, and My Hero Academia seems to be a savvy series-starter – the manga has been running since 2015, and the anime has so far received three seasons and an animated feature film. Moreover, the flick capitalises on Western superhero trends, uniting both potential audiences and setting the stage for a legitimate success story.

Legendary’s next release will be Godzilla: King of the Monsters on the 31st of May, 2019. My Hero Academia will now be searching for a director, and casting is expected to get underway shortly. No release date has been set.