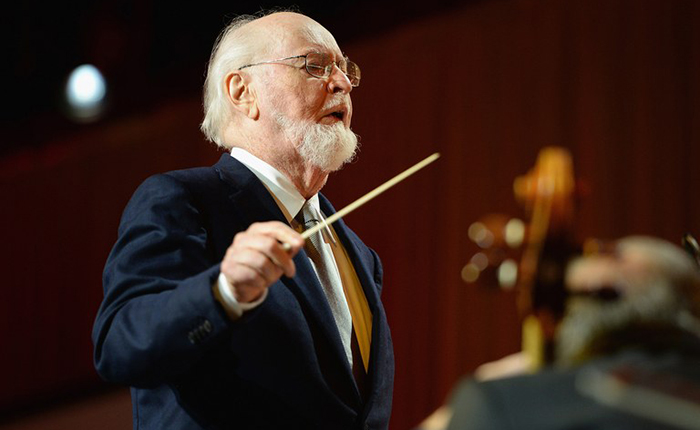 John Williams, the symphonic maestro responsible for such classic Hollywood soundtracks as Superman, Jaws, Jurassic Park, ET, Harry Potter and the Philosopher’s Stone, and Raiders of the Lost Ark will return to the galaxy far, far away to create new music for Star Wars: Galaxy’s Edge.

The themed amusement parks, which are currently being added to both Disneyland in Anaheim and Disney’s Hollywood Studios in Orlando, Florida, will – like all Disney parks – have music playing in the background at all times in order to create a magical and otherworldly ambience. It is this music that will feature brand new, exclusive compositions from the decorated composer, designed to complement the remote trading outpost of the planet Baatu (which the parks will represent).

The new music will be the penultimate project centred around the classic franchise for Williams, who has previously announced that 2019’s presently-untitled Star Wars: Episode IX will feature his final full orchestral score for the series.

Five-time Oscar-winner John Williams first wrote music for George Lucas’ beloved sci-fi creation in 1977, with his score for the original film (which included the iconic opening fanfare and the so-called ‘Force Theme‘ – originally entitled ‘Binary Sunset‘ – that have both since become staples of the series) currently listed by the American Film Institute as the greatest movie soundtrack of all time. He would then go on to create original arrangements for every subsequent episodic Star Wars film (with Michael Giacchino handling duties on Rogue One: A Star Wars Story, and responsibilities for Solo: A Star Wars Story falling to John Powell).

The planet Baatu can currently be glimpsed in certain endings to the Disney Parks’ popular Star Tours simulator ride, and was heavily featured in Timothy Zahn’s novel Thrawn: Alliances.

Star Wars: Galaxy’s Edge is due to open next year, and is due to be a fully immersive world that will even give visitors the opportunity to fly the Millennium Falcon.