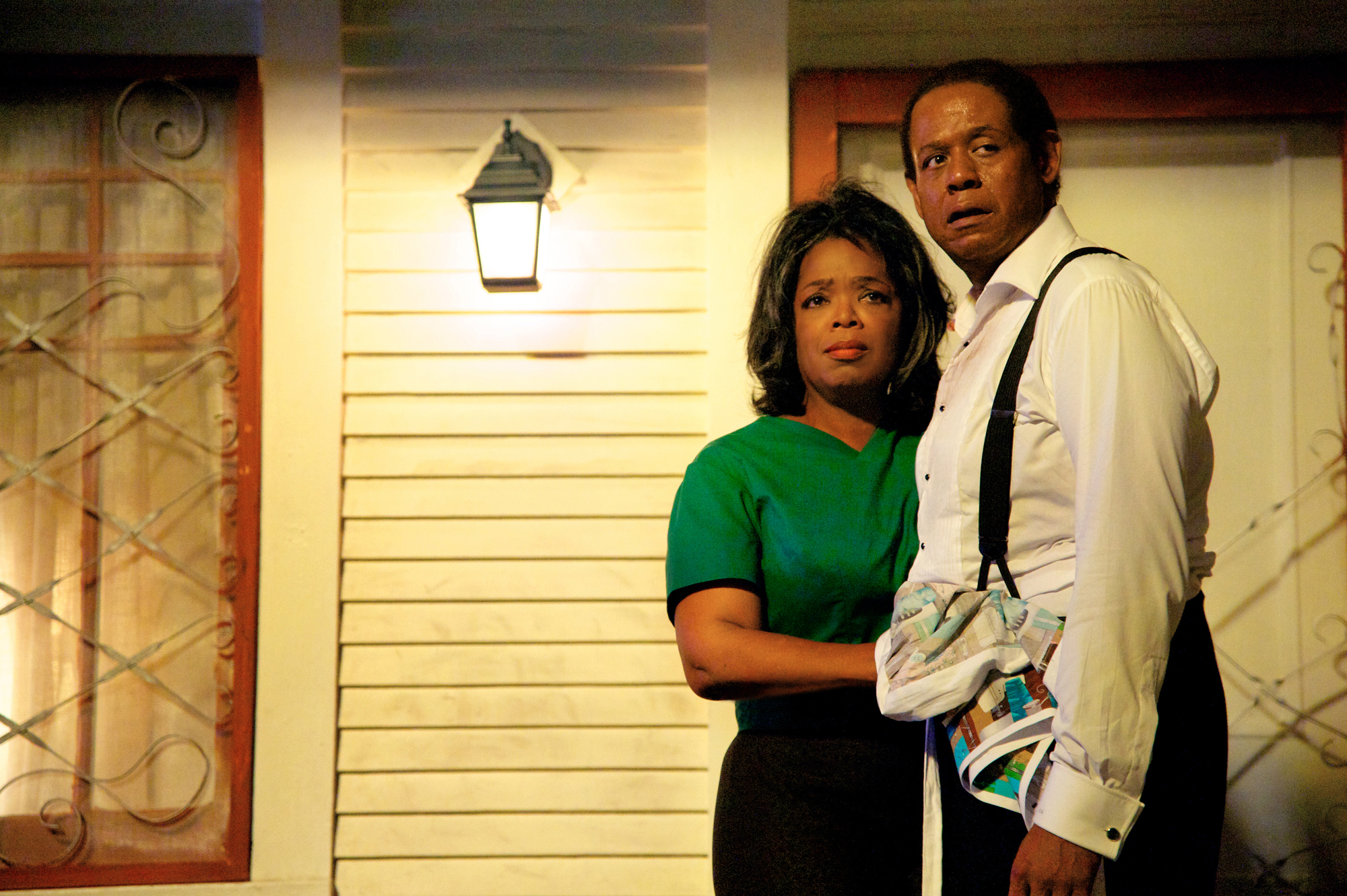 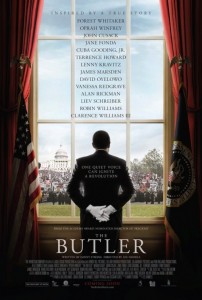 Though not initially overcome with excitement for this project the good word of mouth and box office success increased my interest in the latest from director Lee Daniels. This lack of excitement doesn’t come from anything more than the fact I didn’t really enjoy Daniels’ last effort, The Paperboy. I completely expected to be intrigued by that film as it seemed a modern film noir with plenty of genre elements at play with solid actors like John Cusack and Nicole Kidman doing interesting work, but instead it was a disjointed mess of a movie that not even the renaissance of Matthew McConaughey could bring out of the gutters. With The Butler Daniels has decided to take on a different beast entirely and tell a historical drama but from the point of view of a quiet perspective, someone who stood in the rafters and saw time pass, decisions be made and did little on his own accord to influence those decisions other than simply be who he was. That he continued to fill a subservient position for such a period of time did more to change the hearts of those he never imagined and seemingly much more than the countless sit-ins and protests that we hear about when schooled on the civil right movement. While Lee Daniels’ The Butler is littered with stars, recognizable faces, names and historical events it is first and foremost the story of a man not many knew of before this film shined a light on and Forest Whitaker does a superb job of bringing that mans story to life. Add in the elements of his oldest son taking the opposite route and becoming entangled in those events we now recall with shame as played by up and comer David Oyelowo and an imperfect marriage that is only come to be appreciated in the correct way with the necessary passing of time and perspective as portrayed so effortlessly by Oprah Winfrey and you at the very least have a very engaging, very interesting film. Just because a movie is “based on a true story” (which if you do a little reading, you’ll find much of this film has been manufactured) though and concerns an exceptional human being doesn’t mean the film based on he or she will come out the same way. Lee Daniels’ The Butler is not a great film necessarily, but it is a good one and yes, an important one.

Beginning in 1926 and introducing us to the eponymous butler as a young man, Whitaker narrates us through the life story of Cecil Gaines. There is a startling sequence in the opening segment that shows us the death of Cecil’s father (David Banner), the aftermath it inflicted on his mother (Mariah Carey) while ultimately leading him to the early experience that would shape what he would become as a grown man. Taken in by Vanessa Redgrave’s plantation owner Annabeth Westfall a young Cecil learns how to serve and be present in a room without the people he is serving being aware of him. When Cecil comes to an age that he realizes he must leave his farming roots if he wants to meet a fate different than his fathers he makes his way into town and scores a job at an up-scale hotel that would eventually have him recommended for a job at an even fancier hotel in the Washington D.C. area. It is at this job he meets his wife, Gloria (Winfrey), and secures the right attitude and level of skill that gets him the interview at the White House. The film moves through these early years rather quickly and this is understandable as the real meat of the film is Cecil’s time spent in the house of the President. We also learn in the early exposition that Cecil and Gloria have two sons, Louis (Oyelowo) and Charlie (Isaac White, Elijah Kelley), both of which will go on to influence the relationship between their mother and father more than they likely ever thought possible. As the hook of the film is that Cecil remains a butler at the White House for such a period of time that he experiences first hand the terms of several Presidents and their dealings with events of that time we also have the opportunity to meet each of these historical figures as portrayed by more than capable actors doing fine work. Whether it be Robin Williams as Dwight D. Eisenhower, James Marsden as John F. Kennedy, John Cusack as Rchard Nixon, Liev Schreiber as Lyndon Johnson and Alan Rickman and Jane Fonda as Ronald and Nancy Reagan. None of these actors are on screen for more than five minutes or so and they understand the story isn’t about them which is only for the best as it touches on their relationship with Cecil and allows Whitaker’s performance to shine through which highlights the inner-conflict he experiences through what he does for a living and the cause for which Louis puts his life on the line for.

As much as we, the audience, would be able to get in touch with the events taking place in the real world through news reports and conversations between the Presidents and their staff the presence of the fictional Louis gives Cecil a real stake in the events occurring while allowing the film itself to deliver both a first hand account of these events as well and that of the removed feeling Cecil has despite feeling connected to it due to Louis’ involvement. It is a nice way to contrast the difference in treatment towards African Americans in different parts of the country in the 1960’s as well as making these historical events hit closer to home in terms of dramatic tension created for the film. I’m not here to investigate how much of what occurs in the film is based on the fact of Eugene Allen’s life, but there is an immediate urgency of needing to know the facts of how much of what we just witnessed is true and how much as layered on for dramatic effect. In doing this you will find out that there are some pretty drastic differences that I won’t spoil here, but will be interested to watch unfold as to how much it changes the audiences reaction and feelings toward the film.

On its own, the movie does a fine job of getting us to care about these characters and the plight that both Cecil and Louis face. Arguably, Louis is as much a leading character as Cecil is and the film functions as a dueling debate of how to approach and deal with situations and ultimately what approach might be tougher to make at the time and which might pay off more in the long run both in terms of success and of course in terms of meaning when taking your own life into consideration. As Louis, Oyelowo displays some of his best work growing from a young and angry teen to a revolutionary leader at the side of Martin Luther King Jr. and in the wake of events such as the burning of the Freedom Riders bus. Sure, it is already a bit inconceivable that two otherwise obscure people would play such important roles in the history and shaping of the country, but the way in which screenwriter Danny Strong has constructed and mirrored the two experiences here gives us the most engaging aspect of the film. Especially poignant is one scene where Daniels intercuts between Louis and a group of his classmates staging a sit in while his father prepares the table for their President. It exemplifies best the point that The Butler is trying to make in that there are as many different ways to look at culture, behavior and justice concerning race and the people it was happening to as there is any other subject and this layering of moments purports the inherent power of the story in its finest form.

Beyond all of this though, what really upset me about the film was that as the time passed (the film is two hours and twelve minutes long and justifiably so) the rhythm of it became more and more by the numbers. The film covers such a massive amount of time that it essentially covers every major American event of the last century whether it be the aforementioned civil rights movement, Kennedy’s assassination, Watergate, and Vietnam. We see each of these events through the eyes of Cecil and as he grows older we seem to become more and more distanced from the material. For a director like Daniels I didn’t expect this to happen as he is typically keen to be very showy, sometimes cheap in his execution but at the very least he keeps things interesting. As we near the latter part of Cecil’s life here and especially in his interactions with Nixon and LBJ there is a sense of having scenes simply to show what happened at this point in time while not necessarily digging into the small details and interactions of the relationship between Cecil and the President as was displayed with Kennedy, but there is a bit of a last ditch effort to create an extra layer of drama after Cecil and Gloria are invited to the state dinner by the Reagan’s. This felt slightly contrived as I was watching the film and though I wondered where this new thought process was coming from it makes all the more sense when you leave the film and read about the fact vs. fiction of the story and why this storyline is present in the first place, which again I won’t spoil, but is ultimately a tool to resolve another fictionalized storyline.

Daniels’ The Butler, as stated, certainly has its moments, but it is never able to rise above what felt like a typical bio-picture taking us from one section to the next of a life where we already knew the outcome and it still failed to pack the consistent emotional heft expected from a story that literally had a central figure who lived a more fascinating life and met countless historical figures during critical times in history than you could probably compromise experiencing in ten lifetimes. There is added value in the appearance of Lenny Kravitz and Cuba Gooding Jr. who work alongside Cecil in the White House and give us a better glimpse at the day-to-day of what these servants lives were really like, but never does it dig as deep into the unknown, the behind-the-curtain type experience I hoped for. The real butler was certainly a man truly served by the election of Barack Obama in 2008 and his legacy is rightly put in stone with this film, but if his legacy is truly served by the quality of this film is a question all its own. Is it a valid question when many would argue that the point of the film is both to entertain and educate? I think it is as it owes its hook to a specific man, a man who truly left a lasting effect with quiet force.