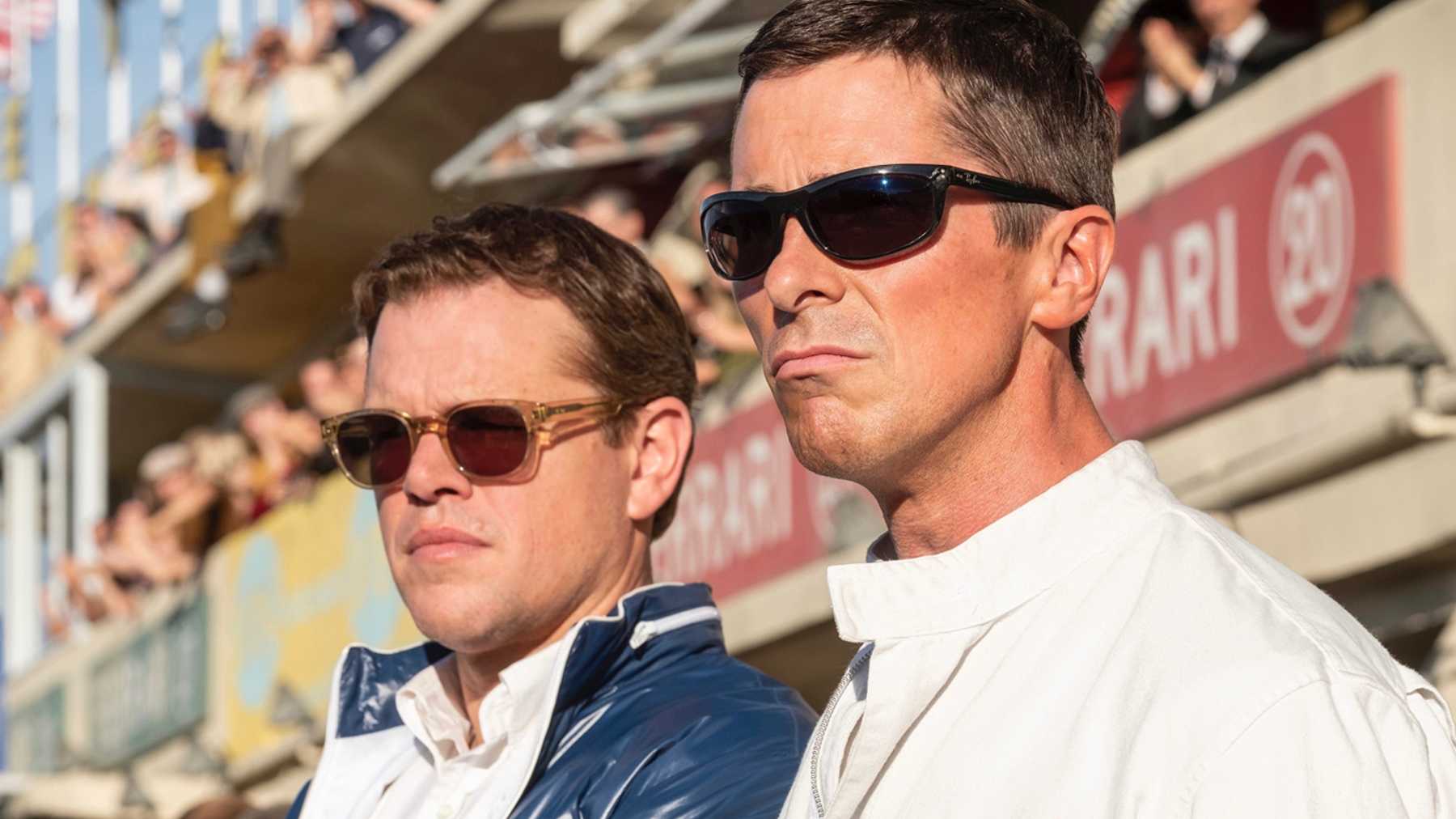 Le Mans ’66 is, for some unknown reason, the UK release title for Ford v Ferarri and follows the story of Ken Miles (Bale) and Carroll Shelby (Damon) and their battle to take on racing giants Ferrari at the most famous endurance race in the world – the 24 Hours of Le Mans – with a racecar built by Ford.

Seeing Christian Bale’s name attached to a project has become increasingly rare – Bale has been picking his projects carefully, averaging a film a year over the past decade and with the exception of one or two films (Exodus Gods and Kings, we’re looking at you) those films have been generally well received, with four of them sharing 30 Oscar nominations between them.

Matt Damon meanwhile has kept his steady stream of critical hits and misses going, following up his stellar performance in The Martian with some not-so-great turns in the likes of Downsizing and The Great Wall. Luckily for us, Le Mans ’66 is a film he’ll be proud to have on his résumé.

Fresh from his success with Logan , Director James Mangold has crafted an emotionally and mechanically charged flick that manages to stray away from the standard formula that comes with motor-sport movies. Le Mans ’66 isn’t about two men battling it out to be the best, but the battle Miles and Shelby face against the corporate bigwigs as they try to bring their vision to life. It’s not even really about winning, it’s about proving that heart and determination can overcome the red tape.

The film takes a little while to get going, we’re given a long insight into the relationship between Shelby and Miles as we learn the reasons behind Ford’s determination to beat Ferrari. While this thankfully gives us time to come to terms with Bale’s overly British accent, the opening third drags its feet.

Damon and Bale share great chemistry on-screen, complimented by Caitriona Balfe’s strong showing as Bale’s onscreen wife Mollie. Bale in particular is an example of great casting, his ability to play characters teetering on the edge of self-destruction is second-to-none and Miles certainly fit that bill.

The race sequences are beautifully crafted and frequently nerve-wracking – thanks in no small part to some of the best sound design in recent memory. The vibrant hues throughout scream of the sixties and while some of the films aspects don’t work as well as others – the attempted man-meets-machine at 7000rpm spiel didn’t really land – Mangold with long-time cinematographer Phedon Papamichael has crafted a slick and stylish flick.

Le Mans ’66 avoids falling into the winning at all costs cliche trap of it’s predecessors and through mixing adrenaline with emotion in the right measures, along with a great duet from Damon and Bale, it’s one of the years most effective and enjoyable films.