‘How did you get in the building!? I jumped off a super crane! What!?’

This particular exchange between Dwayne ‘The Rock’ Johnson and Neve Campbell sums up the admittedly ludicrous thrills that are jam-packed into the new ‘Skyscraper’ trailer, released by Universal Pictures today.

Johnson plays former FBI agent/war veteran now family man Will Sawyer, whose assignment in Hong Kong assessing security on the tallest and safest skyscraper in the world becomes problematic, when he’s framed for a fire that breaks out within the building.

The film reunites Johnson with Central Intelligence director Rawson Marshall Thurber and is released in the UK on 12th July. 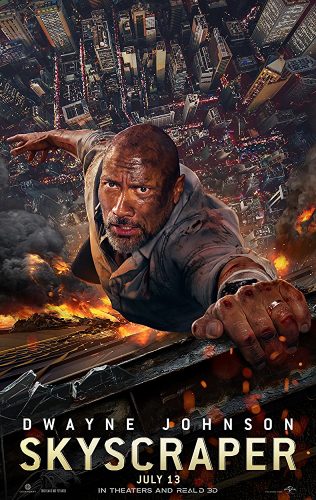