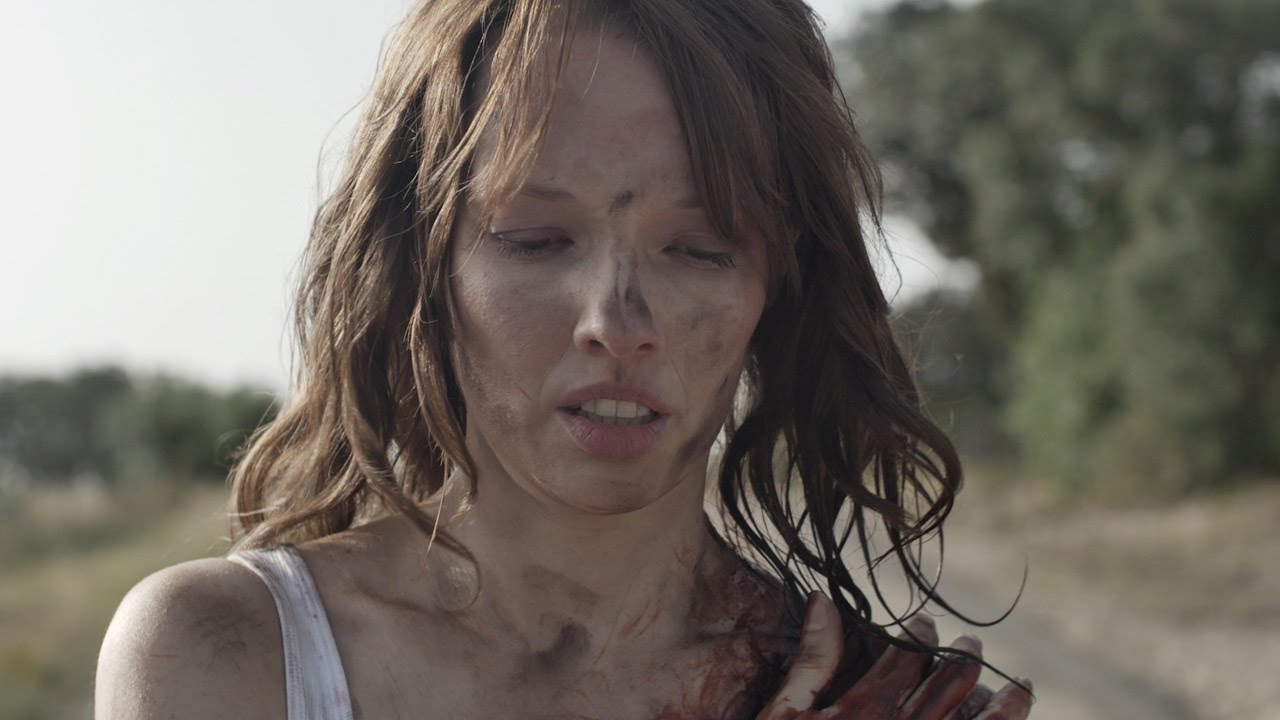 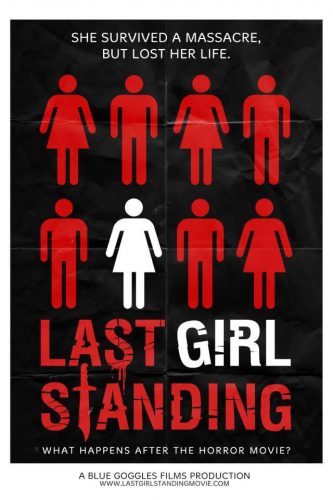 Many horror films feature a girl that makes it out alive, the strong sole survivor who beats out all the odds to outwit or outrun the killer. But what happens once the credits have rolled? What effect does experiencing such a traumatic event have on the life of the survivor? This year, The Last Girl Standing offers up one interesting and disturbing explanation. 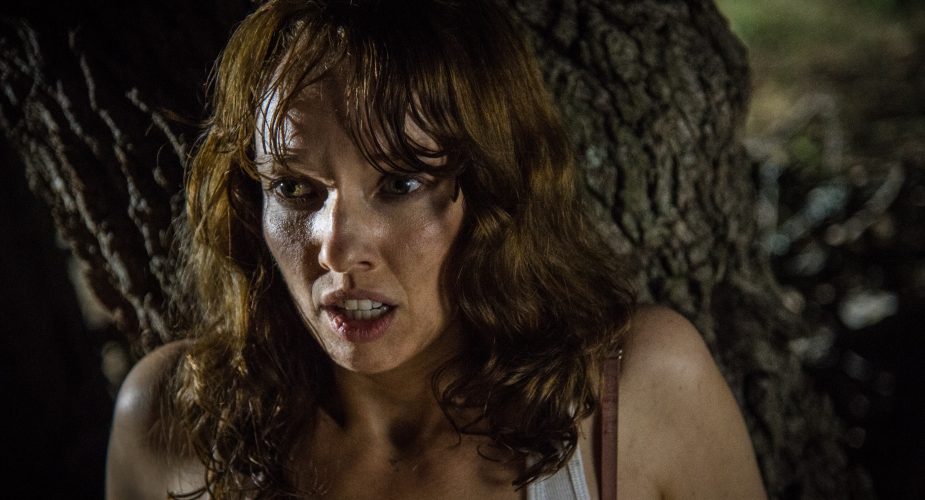 Camryn (Akasha Villalobos) witnessed the murder of her friends at the hands of a deer headed murderer. As the only survivor Camryn’s life is turned inside out in the aftermath. Her career is destroyed and her personal life becomes non-existent as she battles her demons. She becomes introverted and struggles with depression and flashbacks as she tries to navigate her way through washed out everyday life. When Nick (Brian Villalobos) starts working at the laundromat she works at, he befriends her and they gradually get closer. He introduces her to his friends and she gradually begins to turn back into her old self. Unfortunately those demons don’t stay subdued for long and they explode to the surface with disastrous consequences.

Last Girl Standing is intriguing and tense. Whilst there have been other films that have dealt with follow up on horror films, such as the Scream films and some of the Halloween films, non have gone into the psychological effects to the extent that Last Girl Standing does. The writing of the film shows an aptitude for character development as well as imagination and individuality that is impressive, even more so when you consider this is the first feature for Moody. 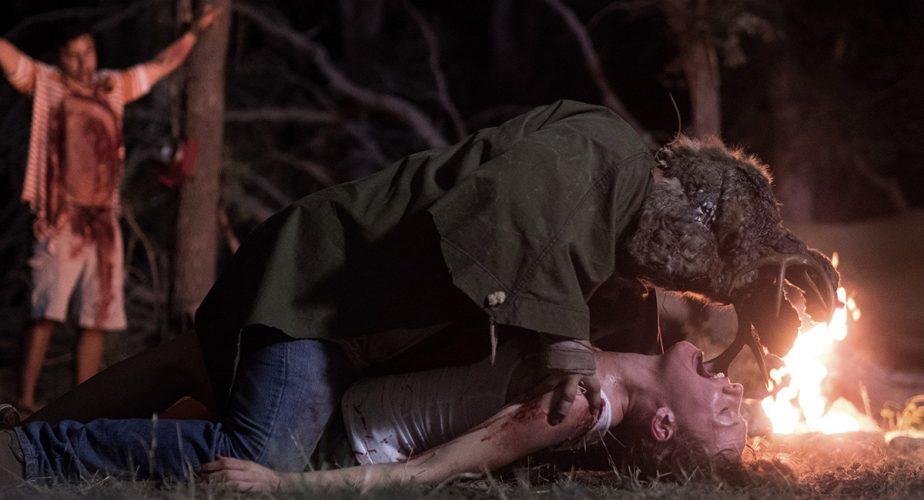 The characters don’t evolve into the ridiculous which is often so easily done, especially in horror films. As an indie film the cinematography and production are actually quite impressive. The teams passion for the genre is obvious as they deliver with sympathy and understanding of genre cliches without being trite.

The performances aid the tension within the film, especially from the lead actress Akasha Villalobos who portrays both the vulnerability and an underlying strength of character. The emotion between her and real life husband Brian Villalobos is tangible, both the connection they develop and the tension that constantly bubbles under the surface for Camryn. The rest of the cast all provide solid performances that compliment the leads. 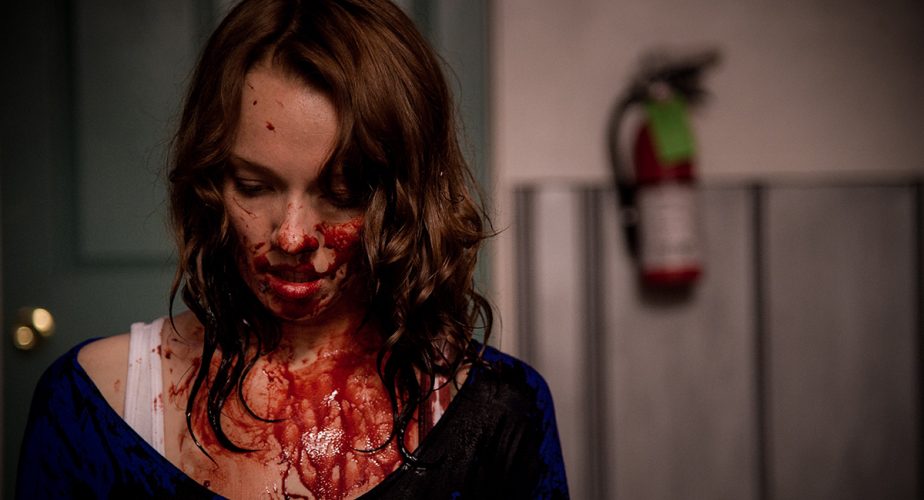 The locations are simple and straightforward, yet they are used effectively to create stress and fear for both the cast and the audience. Whilst the majority of the horror happens within Camryn’s head, Moody manages to create suspense and an atmosphere that engages the audience.

Last Girl Standing may not be a completely new concept, however the execution is much more inventive than other films that have tackled a similar topic. The film is tense and intriguing with Akasha Villalobos offering a performance that draws the audience in and is fraught with impressive nuances.

The DVD release includes an interview with the director which offers an insight into the development of Last Girl Standing from concept to production. Whilst the interview provides interesting technical information including set choices and make-up, it also highlights the bond between cast and crew which is so evident on screen during the film.

Released on the 4th July on DVD, Last Girl Standing is a  recommended watch for horror fans.