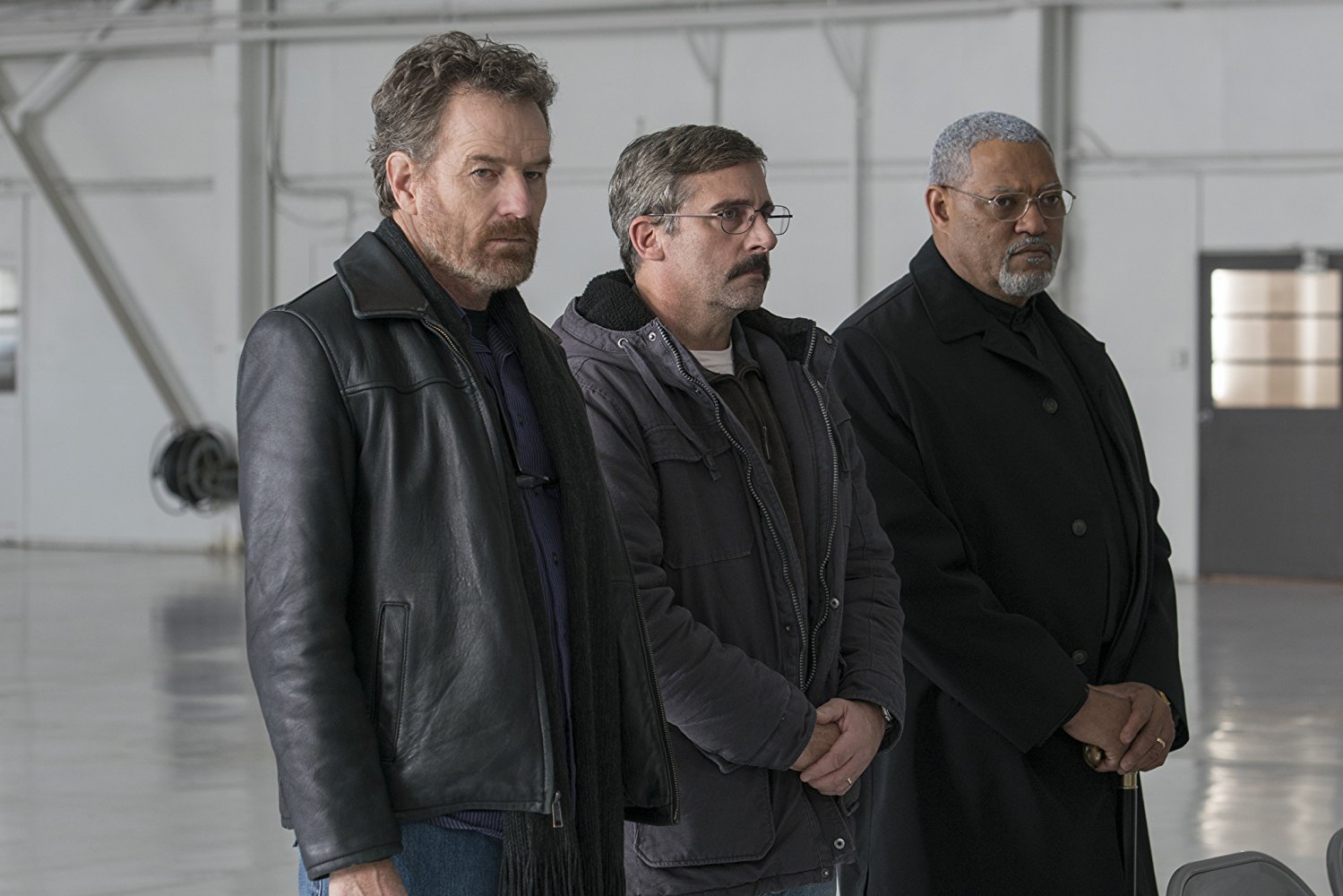 If there’s one thing Last Flag Flying has going for it, it’s providence. A spiritual sequel to Hal Ashby’s The Last Detail, this road trip movie is the latest film by indie auteur Richard Linklater, who shot to mainstream adoration with 2014’s Boyhood. Comprising a cast of Hollywood favourites Steve Carrell, Bryan Cranston and Laurence Fishburne, the screen’s all set for a solid film – one set in 2003, that sees Larry ‘Doc’ Shepherd (Carrell) recruit his old Vietnam marine buddies Sal (Cranston) and Richard Mueller (Fishburne) to help him bury his son, who died in combat in Iraq.

Unfortunately, the film is a colossal misstep for Linklater – it’s essentially Last Vegas or Going Out in Style with a war-themed twist: A cuddly, inoffensive road trip movie featuring familiar, crowd-pleasing faces, that seems well-meaning, but proves hollow and frustrating by the time it limps to its conclusion.

There are flashes of brilliance within the film, and indeed Carell is always a delight, particularly here as a grieving father trying to do the right thing. In the film’s best scene, Carrell collapses into a fit of laughter – it’s here that the film is at its most genuine and charming. Alas, that moment alone can’t save Last Flag Flying from the stilted, cliched dialogue, nor stop Cranston’s randy old alcoholic from becoming boorish, or Laurence Fishburne’s stern preacher from feeling oddly restrained. More bizarre is how stilted and hackneyed the dialogue feels – a sea of tired cliches, Linklater and co-writer Darryl Ponsican fail to find their footing, instead relying on the odd couple dynamic between Cranston’s crudeness and Fishburne’s unamused responses, and the whole thing feels insincere and rushed, a film about war written by people who don’t seem to know much about it.

It feels like a missed opportunity, making oblique references to the reality of war but too afraid to take a side for or against, lacking the conviction of Clint Eastwood’s Patriot-tastic American Sniper, or Kathryn Bigelow’s electrifying Hurt Locker. What could have been a moving film about the lasting impact of war, bereavement, and PTSD instead becomes a two-hour bore, offering only frustrating half-speak and a predictable, trite ending. It lacks the charm of Linklater’s previous work and fails to make use of a talented cast, promising so much but delivering too little.

The Killing Of A Sacred Deer #LFF2017