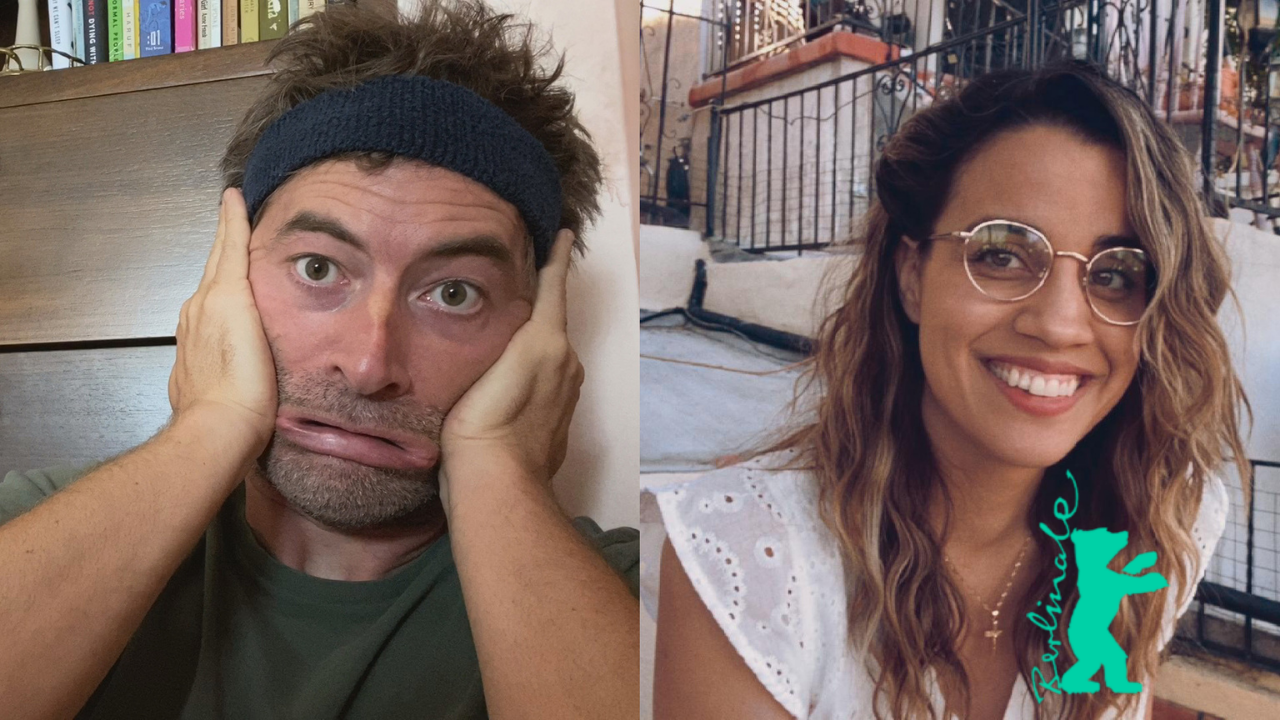 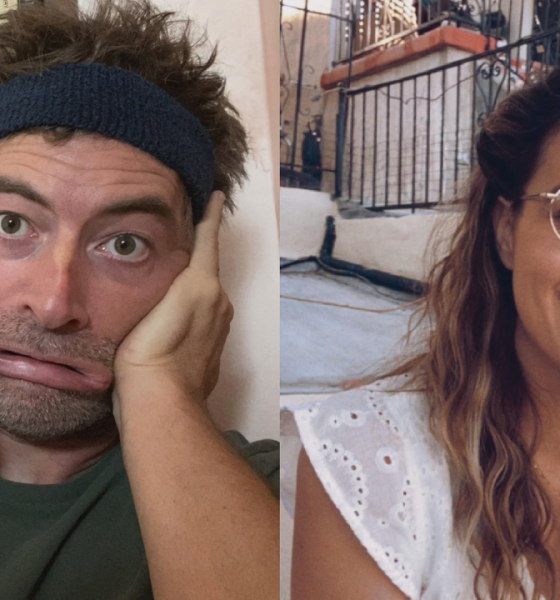 It has been interesting to observe cinema’s reaction to the outbreak of COVID-19. No, I don’t mean the closure of bricks-and-mortar movie theatres or the tidal shift towards streaming accelerated by a global pandemic. Rather, it has been interesting, and somewhat telling of our present times, to see the stories that have emerged from Lockdown and isolation. The Michael Bay-produced Songbird went down the near-future dystopian thriller route in visualising an outbreak decimating humanity; Ben Wheatley’s In The Earth reframed the Coronavirus as a supernatural tale of nature’s displeasure with mankind; Rob Savage’s Host gave us terror at a social distance; and even Sam Levinson’s Malcolm & Marie, marketed as a love story, leant heavily into conflict and pain. For whatever reason, the prevailing mood of cinema produced in this pandemic has been one of fear, of self-immolation, and ultimately of emotional disconnection.

Enter Natalie Morales. Enter Language Lessons. Filmed as a series of Zoom calls between Spanish tutor Cariño (Morales) and her trauma-stricken student Adam (Mark Duplass), Morales’ directorial debut is a pure, profound tonic for these trying times, an emphatic celebration of Platonic love and human connection that tackles grief as tenderly as it nurtures a blossoming love between two lost souls.

At the start of Morales’ film, we meet Cariño as she begins what she is expecting to be her first session tutoring Adam. Off-camera, however, we hear in hushed whispers that it is actually Adam’s husband, Will (Desean Terry), who has set up the lessons. Adam used to be a fluent Spanish speaker in his younger years, and so Will has decided to surprise him with 100 weekly classes to relight his fuego. Whilst Adam is initially a little reticent to begin his language lessons (film title – CLANG!), his new tutor’s charming disposition and wilfulness to become part of his morning routine of immersion – which also so happens to be the first of six lesson-themed intertitles that chart the evolution of Adam and Cariño’s relationship – soon has the reluctant pupil on board. As bilingual banter flows between Duplass and Morales’ characters, the two real-life friends’ co-written screenplay bursts into life, and the stage seems to be set for a quirky comedy full of light and levity.

Whilst we do get a fair amount of light and levity over the pitch-perfectly timed 90-minute duration of Morales’ film, however, the seas aren’t plain sailing for long at the film’s outset. When Adam answers his second video call with Cariño, he is visibly distant, dazed. As Duplass slips between Spanish and English, failing in either language to quite articulate what has happened, his tutor presses him for answers out of heartfelt concern. It is impossible to write this review without addressing the inciting incident of the film’s beautiful story, as it is so intrinsically connected to everything the film stands for – we eventually learn that Adam’s husband has died after being hit by a car. As Adam threatens to spiral, Cariño – in a display of affectionate instinct that feels both maternal and sisterly – walks Adam virtually through a beautiful tropical garden to help him finally get some sleep.

From there, we are entreated to a love story unfurling without any romantic need to fulfil. As Cariño and Adam chat away their weekly classes, we watch something beautiful come from something tragic. Though Adam’s grieving process provides the narrative thrust of Morales’ film, as the story progresses, we are given increasingly exposing insights into Cariño’s own personal struggles. A voice-only call flickers momentarily to video, highlighting bruises and cuts that Cariño is quick to divert discussion away from. We learn of Cariño’s own personal experiences of loss with her mother and grandmother. As the film gets closer to its conclusion, we are met with a simple but nevertheless affecting observation. Adam and Cariño’s friendship is born of their selfless desire and compulsion to help heal each other that they cannot comprehend for themselves. As Adam’s Spanish sharpens up and Cariño’s walls come down, they begin to speak a more universally recognisable language of love, as saccharine as that sounds.

In the absence of the bright lights and big sets of more conventional Hollywood fare, all eyes are on Morales and Duplass’ performances here. Thankfully, as co-writers, co-stars, and firm friends off-screen, the duo’s chemistry is palpable even under the pretence of it being restricted by the strength of their Wi-Fi signal. Be it Duplass’ malapropistic use of Spanish or Morales’ bursts of laughter in the film’s comic moments, or whether the duo can dial it all the way down and strip any sense of performance away when things get more raw and real, Cariño and Adam feel like three-dimensional, completely human characters. When they’re dueting Happy Birthday in Spanish at 2 am, you want to chime in with a triangle and get involved, and when they’re falling out or falling apart, you want to be there to hold their hand and make things okay.

Deftly threading comedy and drama to create an intimate portrait of friendship found in tragedy, Natalie Morales has given us a film that feels soothing, vital, and – by its hard-earned and heart-melting finale – a little overwhelming. Even in a world where we’re currently being kept apart by so many things, Language Lessons reminds us that the ability for two people to connect and love each other knows no boundaries.