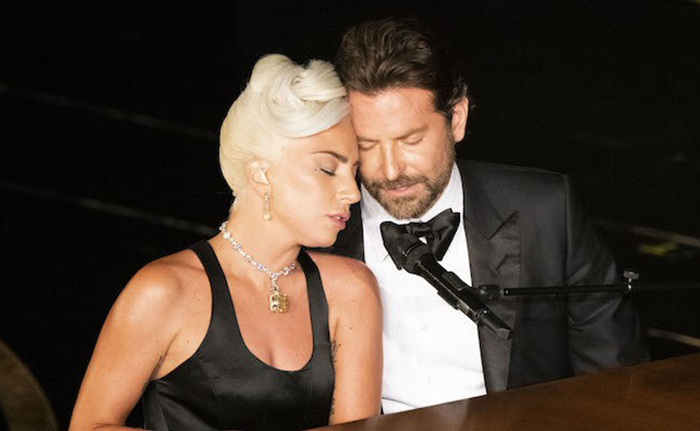 After a steamy performance of Shallow at the Academy Awards, rumours abound upon social media that Bradley Cooper and Stefani ‘Lady Gaga’ Germanotta were engaged in a secret tryst – rumours that Gaga has vehemently quashed whilst making an appearance on Jimmy Kimmel Live last night.

Addressing the rumours directly, Kimmel said: “You had such a connection with Bradley that, instantly, and I guess this is a compliment, people started saying, ‘Oh, they must be in love.’”

What followed was an incredibly dramatic eye-roll on the part of Gaga: “First of all, social media, quite frankly, is the toilet of the Internet. And what it has done to pop culture is abysmal. And people saw love, and guess what, that’s what we wanted you to see.”

“This is a love song, Shallow,” she continued. “The movie, A Star Is Born, is a love story. We worked so hard, we worked all week on that performance. Bradley, who — and you know, I never relinquish control about a live stage performance and I’ve done a million of them — but he directed this film and he directed, obviously, the musical moments in the film, and Shallow, the moment, in the film. So I knew that he had the vision for how it should go, and so I was like, ‘What do you think Bradley?’ And he laid it all out. “

“From a performance perspective, it was so important to both of us that we were connected the entire time. Look, I’ve had my arms wrapped around Tony Bennett for three years touring the world. When you’re singing love songs, that’s what you want people to feel.”

The rumours mostly sprung up after Gaga and Christian Carino broke off their two-year engagement in the week prior to the 91st Academy Awards. Further adding fuel to the fire were the paparazzi photos of Bradley Cooper and long-term girlfriend Irina Shayk looking decidedly frosty towards one-another following the performance.

You can watch Lady Gaga’s full interview with Jimmy Kimmel, including the moment she pulls out her newly-minted Oscar, right here.