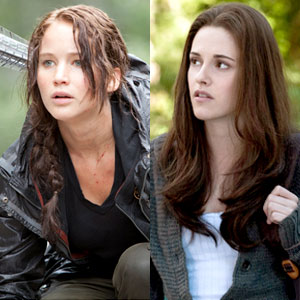 With the impending end to The Twilight Saga this year and Snow White and the Huntsman due for release very soon, what is next for Kristen Stewart?

Well, it’s with a heavy heart that we have to announce the leave of Jennifer Lawrence from the next installment of The Hunger Games trilogy. Due to other very important commitments, Lawrence has announced that she regretibly has to end her role as District 12’s Katniss Everdeen.

Lawrence had this to say.
‘I can’t believe that this has happened. I love The Hunger Games and to have to leave at this early point in the story is the hardest thing i’ve ever had to do. I already know who i want to replace me, so it is with great excitement that i can announce that Kristen Stewart will be taking up the lead role of Katniss to continue this incredible trilogy’

Author of the best-selling series Suzanne Collins is ‘more than happy’ to have such a great talent on board.

Catching Fire is slated for a late 2013 release with the role of Katniss Everdeen being taken over by Kristen Stewart.
More news as we hear it guys!

The Godfather 4 Announced! Lucas to Write and Direct

A Triple Dose of Brotherly Love