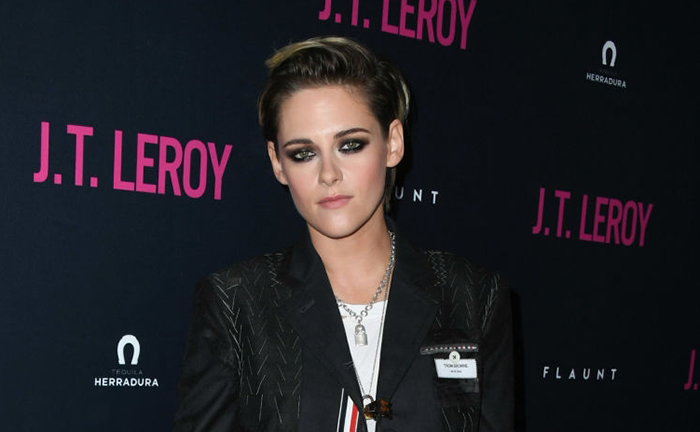 Twilight actress Kristen Stewart has come along way since pining over sparkly centenarian, and is indeed currently gearing up for the release of the Charlie’s Angels reboot, in which she has a starring role.

As things stand, there’s not a tremendous amount we know about the forthcoming reimagining of the beloved franchise, aside from the fact that the Townsend Agency (that the titular ‘Angels’ work for) has gone global.

Naturally some fans of the pulpy, pseudo-sexploitation original series (which was once described by critics as “Jiggle TV” for its propensity to have its lead actresses forgo bras under their clothing during slow-mo action sequences) have expressed trepidation at the feminist-angling reboot, something Stewart admits she may have inadvertently added to:

“At one point I think [I said in an interview that] it was woke and grounded, and everyone was like, ‘Wait, is it still fun?’” the actress acknowledged in a recent interview, “I’m like, ‘Yeah dude, obviously, it’s Charlie’s Angels.”

Elizabeth Banks (Pitch Perfect 2) will direct the feature, from a screenplay she wrote with Jay Basu, Craig Mazin, and Semi Chellas. Banks will be the first woman to helm a Charlie’s Angels movie, and Kristen Stewart also alluded to the fact that there may be more Angels than simply her, Ella Balinska and Naomi Scott.

“If you were to make that movie right now, there needs to be more than three girls. We’re all in it together. There’s an entire network of women across the entire world that are supporting each other. It feels really well-intentioned,” Stewart said, “And it’s funny and weird, too, so hopefully people have fun watching it.”

Charlie’s Angels is due for release on the 15th of November, and will also star Sir Patrick Stewart.