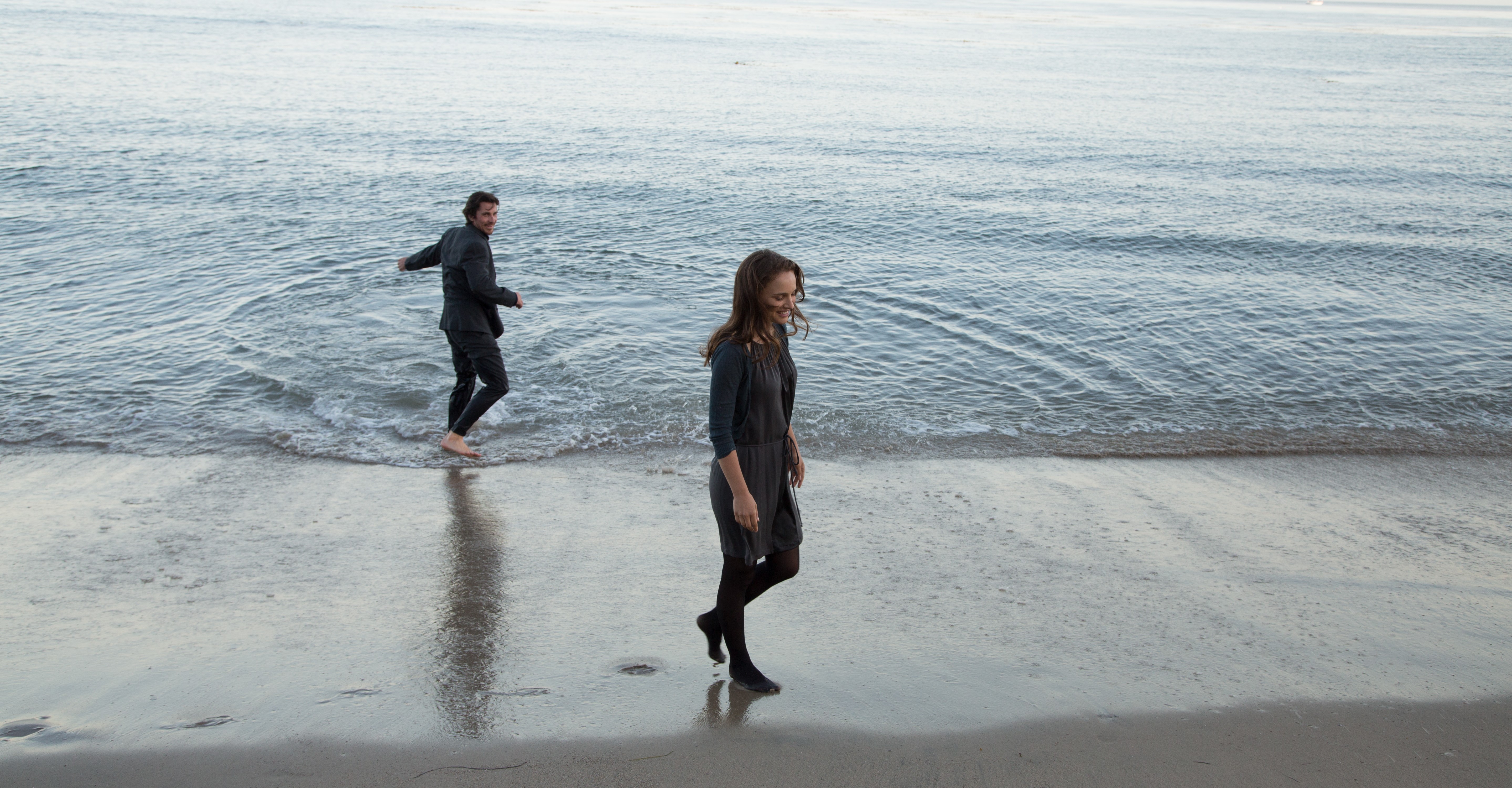 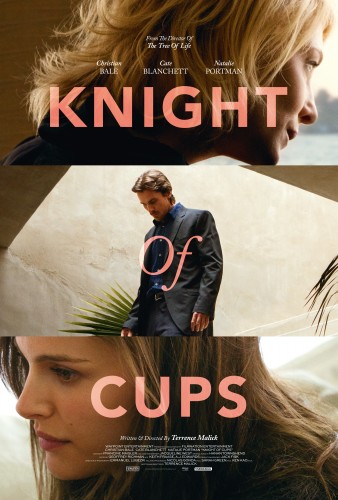 When a director attracts a cast headed by a trio of Oscar winners, chances are he’s got his hands on a cracker of a script.  Unless you happen to be Terrence Malick and you’re making Knight Of Cups.  Because this was a film made more or less without a script.  All the scenes were improvised and, by all accounts, Malick never told his actors what it was about.

And he doesn’t let the audience in on the secret either, leaving them to work it out for themselves.  Nothing wrong in that, except that when a film throws out so many questions, doesn’t give any answers and deliberately stands in the way of any engagement with the characters, it becomes far too much like hard work.  The premise is deceptively simple: Hollywood screenwriter Christian Bale reflects on his life and tries to make some sense of it.

But then come all those questions.  Is it about artifice and superficiality?  Bale’s writer lives a life of glamour: endless parties, drink, drugs, lavish houses and impossibly thin, beautiful women.  Or could it be about self-knowledge?  He doesn’t appear to understand himself, drifting through life despite all his money and success, and preferring to see himself through the eyes of the women that fall in love with him.  Heaven knows why, because he’s not much fun.  He marries Cate Blanchett but they separate, he gets the married Natalie Portman pregnant, but whatever he’s looking for in them and in himself remains elusive.

Perhaps it’s about the influence of family?  His younger brother (Wes Bentley) is unhappy to the point of disturbed, while their elderly father (Brian Dennehy) is an aggressive bully.  There are vague references to a dead third brother and violence towards their mother but, again, we never know for sure.  Is Bale’s memory scape the result of a complete mental breakdown?  And how many more questions is Malick going to ask but not answer?

While we wrestle with trying to understand, we’re pushed further and further away from the characters.  They have little in the way of dialogue and, when they do speak to each other, lip-reading is the only way of getting the gist of what they’re saying.  There’s always a whispered voiceover in the way, so they become little more than figures on the screen.  It’s an approach that renders the actors superfluous, almost insulting to such an A list cast.

There’s also an A lister behind the camera, one Emmanuel Lubezki, who won his third successive Oscar for cinematography this year for The Revenant.  Thankfully, he’s allowed to shine and that’s exactly what he does, with dreamy walks along near deserted beaches, stunning sunsets and stark modern buildings contrasted with the poverty living next door.  Striking, powerful images have long been Malick’s stock in trade and in Lubezki he has somebody who can deliver his vision in spades.

But it’s the only aspect of the film that genuinely works.  The style may be there, but there’s precious little in the way of substance underneath.  It’s over-long, tedious and there’s just a faint whiff of self-indulgence.  Add that to all those questions, and it’s an exhausting watch.

At least two people nodded off in the screening.  Knight Of Cups may be a huge disappointment, but it could be what insomniacs have been waiting for.