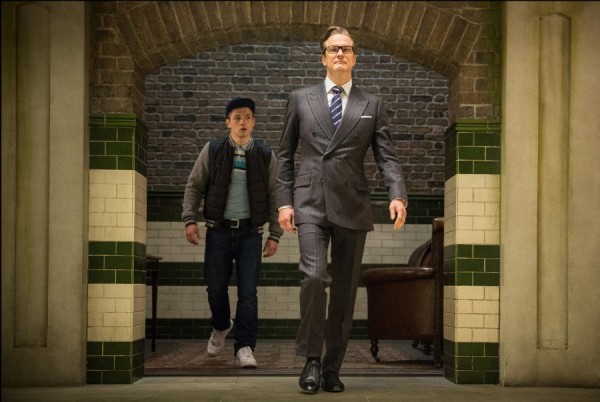 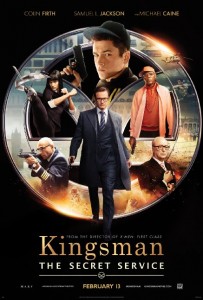 Once in a while, a film comes along that is, in a word, fun. Director Matthew Vaughn has often embraced this aspect, boasting an impressive back catalogue consisting of the likes of Layer Cake, X-Men: First Class and the ever-enjoyable Kick-Ass. Kingsman: The Secret Service proves no exception.

Gary ‘Eggsy’ Urwin (Taron Egerton), is an underachieving young man, living on a run-down London council estate with his little sister, single mum and her abusive boyfriend. When one bad choice too many lands him in jail, he’s offered a chance to turn his life around by Harry Hart, Codename Galahad (Colin Firth), a well spoken gent with a suit to match and whom owes a debt to Eggsy’s deceased father.

Harry embarks Eggsy on a training programme to replace the recently killed-in-action agent Lancelot, forcing him to rub shoulders with the elite of the young British aristocracy in a series of tests. All the while Harry investigates a series of strange disappearances involving royalty and celebrities, with all signs pointing towards the eccentric billionaire, Richmond Valentine (Samuel L Jackson)

Egerton delivers a strong performance alongside Firth, nailing the rough around the edges Eggsy, whilst at the same time proving that it’s not your upbringing that makes you what you are. Colin Firth described his role of Harry as the closest to James Bond he’ll ever get and while that may be true, he certainly puts forward a strong argument for those who might scoff at the prospect of Mr Darcy becoming the enigmatic and irresistible super-spy 007. His persona is that of suave-sophistication, he’s clever, deadly and a real throwback to the so-called gentleman spy. As Valentine, Samuel L Jackson is as note-perfect as a maniacal super-villain can be, He’s unpredictable, but isn’t completely slapstick, as he mixes the crazy with the intelligent deftly with the help of his deadly assistant, Gazelle. The energy flows through the cast, Mark Strong as Merlin provides the back-up for the team and manages to create a likeable character in less screen time than the others. Whilst Michael Caine lends himself to the role of Arthur, the leader of the Kingsman.

It’s a throwback to the spy-thrillers of old and while it may joke about the unbelievable nature of the films it takes it’s inspiration from, it uses the foundation laid by those films to build a new type of spy-movie. It has all of Bond’s ingenious gadgets, albeit brought wonderfully up-to-date. It has the comedy of Austin Powers and the unforgettable action scenes akin to those from a Bourne film.  However, it’s not a new Bond film. There isn’t a Jason Bourne or an Austin Powers. Instead Vaughn has taken the best aspect of each of those films and created an entirely new experience. Even the wonderful soundtrack is reminiscent of the films mentioned, but given a modern twist with some well-known pop songs accompanying the action scenes.

Kingsman’s action scenes are a real treat – impressive camera shots, weapon choices and fight choreography make for some truly remarkable sequences. It’s perhaps most similar to Kick-Ass in that aspect, retaining it’s comic-book roots in terms of the violence. It’s not for the squeamish and with a 15 certificate here in the UK, there are some close to the mark moments, that might leave your Nan, who thought she was coming to see The Kings Speech 2, shaking her head in disgust on more than one occasion.

It’s clash of the classes, the ‘dragged-up’ Eggsy is a stark contrast to the traditional British spy and that is perhaps where Vaughn’s screenplay and direction really shine. It’s too easy to get dragged into a debate of what it’s trying to show or say, who Valentine is perhaps depicting or what the plot is a reference to, when really you should just sit back and enjoy it.

Kingsman: The Secret Service is a slice of cinematic joy and a real contender for most enjoyable film of the year and it’s only January. So, relax old boy, you’re in for quite the treat.