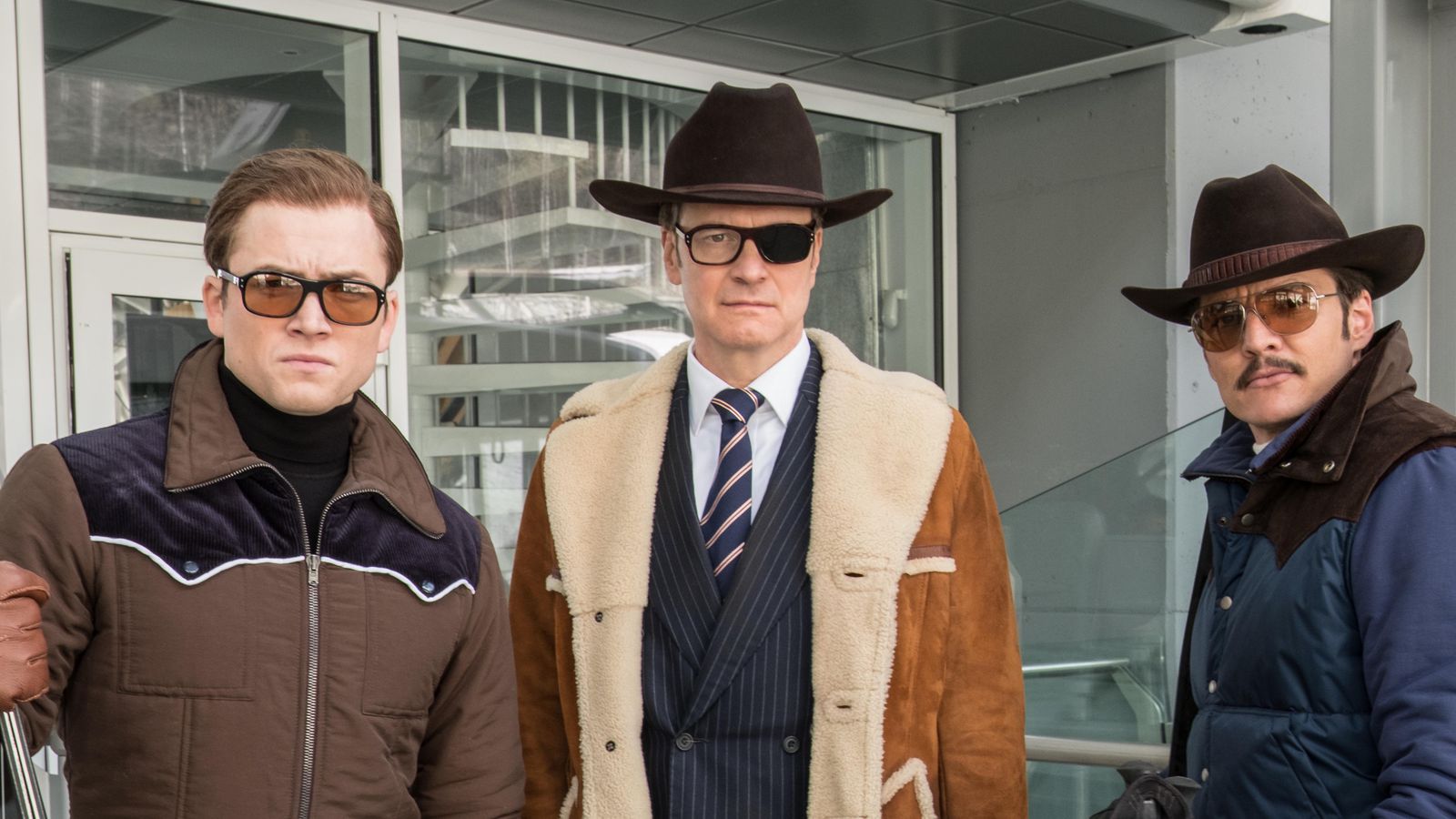 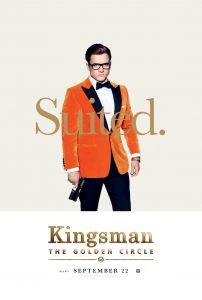 Remember the good ol’ days when your parents would sit you down and say ‘We’re not angry, we’re just disappointed’ and then you would reply ‘I’m 26 Mum, let me live my life!’ (No? Just me?) Well, disappointed is probably the best way to describe how I felt after watching Kingman: The Golden Circle.

The sequel to the 2014 hit Kingsman: The Secret Service, The Golden Circle had huge potential to continue it’s predecessor’s legacy of humour and originality yet, two and a bit hours later I was left wondering how it had managed to move so far away from it’s roots.

This isn’t to say that Kingsman: The Golden Circle is a bad film, because overall it’s not, the issue is it’s become just another action blockbuster.

The Golden Circle picks up several years after the events of the first movie. As the majority of the Kingsman and their headquarters are wiped out by deranged drug-lord Poppy (Moore), Eggsy (Egerton) and Merlin (Strong) seek out their US allies, the Statesman. Together the two organisations must work together to take down Poppy and find the antidote that will save millions of people who have been infected by her drugs.

Kingsman: The Secret Service was, as many agreed at the time, one of the most enjoyable films of 2014. It’s unique style and humour meant it had built the foundations for a new generation of spy movie so a sequel was sure to carry the same buzz. It was such a shame then, that after a frenetic first ten minutes, the film becomes a bit of a cliched mess for the overly-long middle act.

The plot of the sequel plays out in much the same way as the original; crazy multi-billionaire threatens to wipe out a large majority of the population for their own slightly-different maniacal reasons, thus meaning the Kingsman must save the day. Except this time they’ve gone all blockbuster-y on us. The introduction of the Statesman allowed for the a new wave of A-Listers, cue Channing Tatum, Pedro Pascal, Halle Berry and Jeff Bridges, as the US versions of the Kingsman agents. It’s this shift to a more ‘Hollywood’ movie that has caused Kingsman to lose it’s way. Gone is the witty dialogue and chalk and cheese feel of Eggsy and Hary’s relationship and instead we have a largely forgettable script saved only by it’s action scenes.

The ‘manners maketh man’ scene that arguably defined the first film has been repeated with a slight twist and while the fight choreography and style is a great as ever, it’s almost as if Director Vaughn ran out of ideas to make the sequel unique. Even the humour of the first film is not as prevalent.

Despite the largely negative tone of this review so far, there are a few stand-out moments. Mark Strong’s Merlin has a number of great scenes and the action sequences are insane in the best possible way. Egerton delivers another strong performance as Eggsy while Pedro Pascal’s Whiskey is the most enjoyable of the new blood. However the real star of the show in none other than Sir Elton. His inclusion (he has a fair bit of screen time so it’s arguably more than just a cameo) is a stroke of genius, his scenes are, throughout the film, the most consistently funny and rewarding.

The final twenty or so minutes are the movie’s redemption and it serves as a reminder of what could have been. The finale almost felt as though it was made at the same time as the original movie, such is the stark contrast to the 90 minutes the preceded it.

The inclusion of Tatum is largely pointless and serves more as a set-up to the franchise moving forward. It’s good to see Halle Berry back in a larger role and while Julianne Moore’s villain Poppy starts off suitably unstable, she loses her edge as the film progresses and more and more antagonists are introduced.

It’s all too long, too gimmicky and too cliched for me and it’s a massive let-down as it could have been so much better. Perhaps the original set the bar too high? Or perhaps I personally had hoped for more originality. To me, The Golden Circle ended up feeling like every other Hollywood action flick for the vast majority, that is, before it’s great closing sequences.