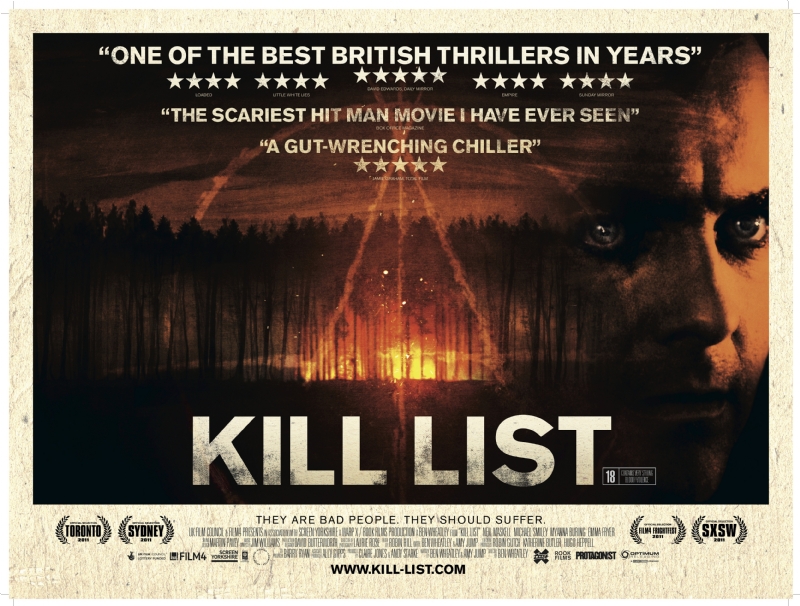 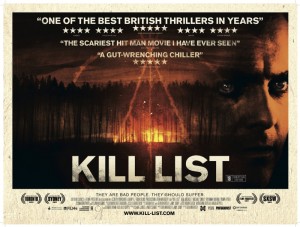 There has been a bit of a debate regarding just what type of film Kill List is. Is it an off kilter gangster film, a horror film, a satire on the horrors of suburbia, a dark drama about the war in Iraq? It is safe to assume that all of these could describe Kill List. If you do attempt to mash genres like this you had better hope that it is successful as you run the risk of confusing your audience. So does Kill List live up to the hype? The answer is yes but with a few reservations.

The first thing to say is if you want to gain maximum impact it would be better to have as little fore knowledge as possible going in. If you want absolutely no knowledge stop reading now. Otherwise tread carefully. Kill List is the story of two former soldiers (or mercenaries?) who are having trouble returning to civilian life. Jay (Neil Maskell – who is excellent) has on the surface a perfect suburban life, complete with trophy wife, beautiful son and jacuzzi. But the relationship is disintegrating with constant money related rows as Jay has not worked in eight months. An offer of work comes from Jay’s army buddy Gal (Michael Smiley) who attends a dinner at Jay’s house with his new girlfriend Fiona. This dinner is fraught with a Mike Leigh Naked era tension, and there is a sense that things could explode. There is a row followed by some weird bathroom related drawing (David Lynch would be proud) and Jay goes back to work. Their ‘work’ is to kill people on a list for money and they take off to do it. They travel as salesmen but at no point do they convince which becomes a joke running throughout the film.

In terms of the basic plot this is the totality of it. But Kill List is so much more than that. Not really mentioned in other reviews is the pitch black gallows humour which pervades this film. There is a wonderful scene in a near empty hotel restaurant with some religious singers that is hilarious and threatening at the same time. There is also the easy chemistry between the two leads that carries the film throughout. You sense that these two men have a history and care deeply about each other. A word of warning, the violence in this film is harsh, brutal and unflinching, but it is violence at a cost to the characters and not for its own sake. There is also a brilliantly unsettling score by Jim Williams which really gets under your skin especially as the film progresses towards an inevitably grim climax.

Ah yes the climax. Here is where the debate over this film’s greatness will happen. Suffice to say that your enjoyment of it may well depend on your knowledge of classic British horror films of the 1970s. To say more would be to give the game away. But having thought about the ending for the last day or so: while it does suit the style and tone of the film, there may also be people for whom it may provoke laughter.

Overall Kill List is a terrific piece of British horror with several layers of meaning to be found and some incredibly tension filled scenes. It is not an easy watch but there are rewards for those who persevere. Superb acting, stunning use of under-seenSheffield locations and an assured sense of what it is doing, Ben Wheatley’s film is worth seeking out on the big screen.