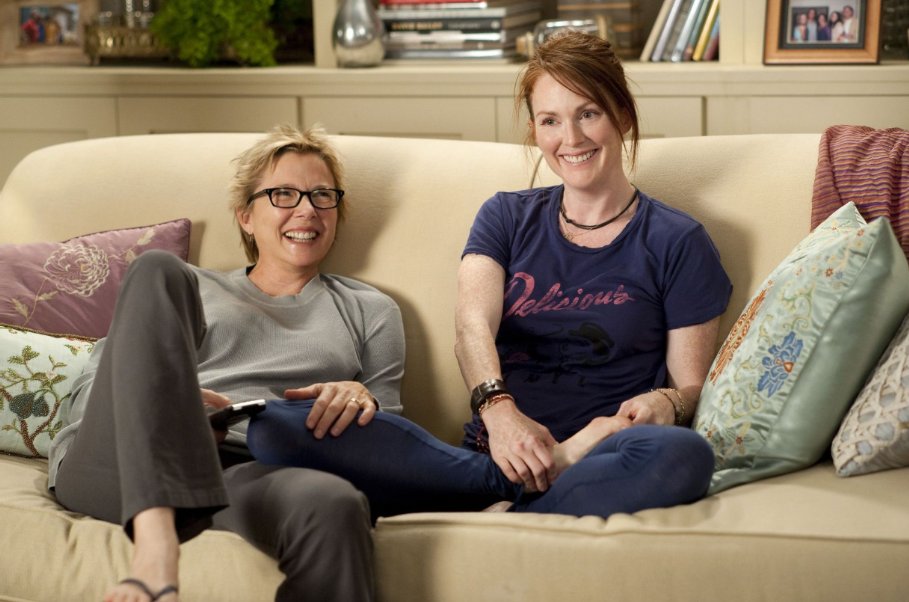 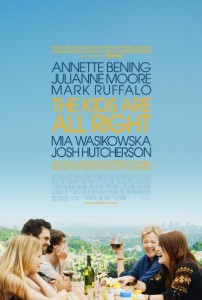 Annette Bening + Julianne Moore.. a lesbian couple!? Maybe an oddball combo, but they certainly are the driving force behind this consistently witty and distinctly modern take on family life.

As Nic (Bening) and Jules (Moore), they are the classic case of opposites attract. Nic the firm and disciplined figure, whilst Jules is more of a free spirit. It’s evident early on that nurturing two kids in the form of grade A student Joni and sports fanatic Laser (Mia Wasikowska and Josh Hutcherson) has put great strain on their relationship. A further spanner is thrown into the works here, courtesy of Mark Ruffalo’s rebellious and motorbike loving character Paul.

He enters the fray as the sperm donor that helped bring their kids into the world, thanks to Joni’s relentless tracking down of him. As the initial uncomfortable air clears from their first meeting, they slowly but surely form a bond despite conflicting opinions of Paul from their mother’s. As you’d expect.. everything doesn’t quite fall into place, with occuring events threatening to tear the family apart for good.

Despite the title, with Wasikowska’s and Hutcherson’s performances being competent, the film’s main focus is the bittersweet triangle between Bening, Moore and Ruffalo that garners brilliant performances.

Its script is sharp edged but consistently tickling the funny bone in observation, with director Lisa Choldenko’s first hand experience as a donor parent herself really helping to capture a sense of realism and poignancy in the more ‘down to business’ segments.

The odd plot line is underwritten, Laser’s problems with his so called best friend for one and never gets a sense of resolution. But on the whole considering the track record of films involving the subject matter of sperm donors, this is a terrific depiction of conflicts between families that subverts a few conventions in the process.

The Kings Of Summer