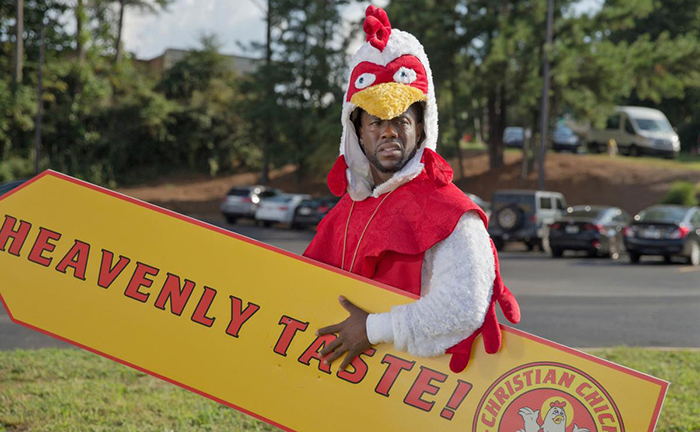 The film followed a group of inept narcotics detectives who go undercover in a failing fried chicken restaurant. Their investigation is made more complicated, however, when their new chicken recipe turns the restaurant into the hottest ticket in town. The picture released in January in South Korea, where it presently holds the country’s record for the highest-grossing movie of all time, with $157 million.

The remake will be handled through Hart’s production company, ‘Hartbeat’, for Universal Pictures, and will be penned by Girls Trip screenwriter Tracy Oliver.

In a statement to press, Kevin Hart said: “At Hartbeat, we are always seeking fun projects that tell a story for worldwide audiences, and we could not be more excited to be a part of this one. Tracy Oliver is such an incredible writer who will surely bring this story to life. We are so thrilled to be working with Universal and CJ Entertainment, who’s still helping me achieve my goal of becoming a K-pop star.”

No release date for the Extreme Job remake (which will presumably receive a new title when it comes to the West) has been set.

Godzilla: King Of The Monsters Gets Day-And-Date Chinese Release